Enforcement is the next step of National Cleanup Exercise– President Ali 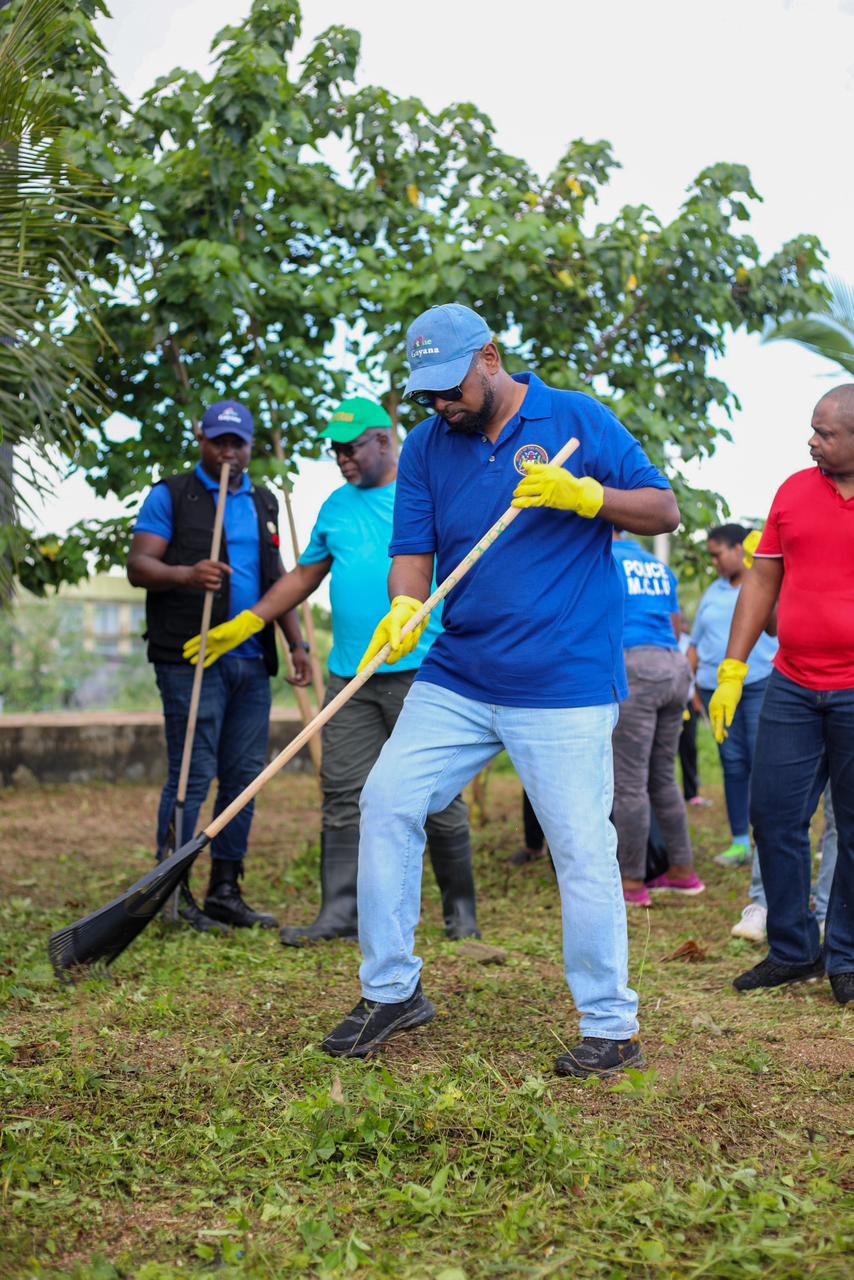 Georgetown, Guyana (November 12, 2022) His Excellency President Irfaan Ali said that following the National Cleanup Exercise, heavy focus will be placed on enforcement to ensure that the country remains clean.

The Head of State made this statement as he joined in the continuation of the National Cleanup Exercise along Vlissengen Road in the vicinity of St. Sidwell’s Primary School this morning.

The President pointed to some improvement in the state of cleanliness in the area since the last exercise, this he said is a step in the right direction. He however called for intensified efforts to curb the dumping of garbage.

“We have given enough time, enough education programmes; enforcement is going to become a major aspect of what we are doing.”

The President said that following the national cleanup effort, work will begin on improving the secondary drainage run-off across the country, in a phased manner. He reiterated that the cleanliness and the upkeep of the environment is a shared responsibility.

Dr Ali lauded the participation of the youths from Albouystown and members of the football community who came out in their numbers to join in the exercise. He also pointed to the massive mobilisation of the Men on Mission (M.O.M) team.

“Today, they are part of the national effort to make a positive change, and this is the type of behavioural influence we want all across the country.”

The President and his team visited several locations in the city, including Durban Park, the Seawalls, and the Stabroek Market, and will be heading to Charity in Region 2 (Pomeroon -Supenaam) later today.

The country-wide clean-up exercise is being spearheaded by the Ministry of Public Works’ National Enhancement Committee and saw the involvement of various stakeholders, including government agencies, the diplomatic corps, the private sector, NGO’s the joint services and members of civil society.

Guyanese have a yearning to come together, to live in harmony—President Ali