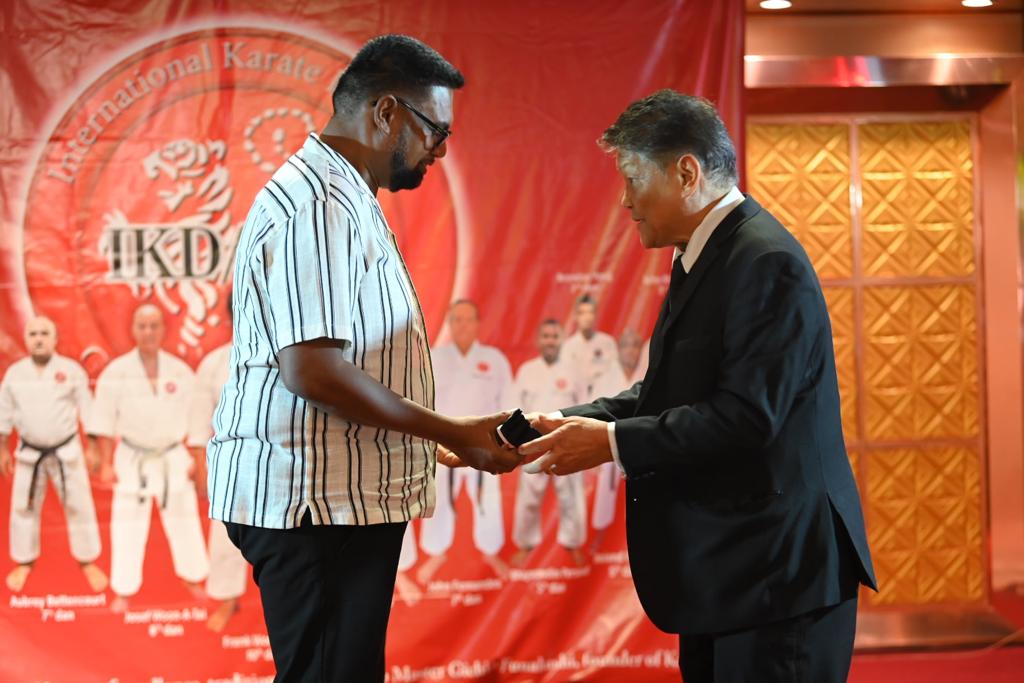 Georgetown, Guyana—(October 26, 2022) His Excellency Dr Irfaan Ali said that the Government will contribute a further $10m to support the development of karate in Guyana through the construction of the Guyana Karate College.
The Head of State made the announcement while delivering the feature address at the Guyana Karate College Charity Gala Dinner and Awards Ceremony at the New Thriving Restaurant in Providence on Tuesday night.
Of the funds, the President said that $5m will be made available this year and the other $5m in 2023. He emphasised that the Government is committed to the development of karate in Guyana.
“One can describe karate as a tradition—but a tradition that spans many generations, a tradition that goes beyond culture and boundaries, a tradition that opens up the mind-sets and thinking of people.”
He praised the “art” for developing discipline, focus, commitment and other positive attitudes in people, especially in children from a young age.
“Karate is not teaching someone to fight, it’s an art of self-defence.”
The Government, President Ali added, is focusing heavily on the development of youth, sport and culture. He reminded that his Administration has been working to resuscitate and rehabilitate grounds and sport venues, while building new sport facilities across the country. This, he said, is aimed at providing the necessary infrastructure to help all athletes in the country perform at their best.
Meanwhile, the President was made an honorary 8th Dan by the karate college.
The Minister of Culture, Youth and Sport, the Honourable Charles Ramson was also at the event.