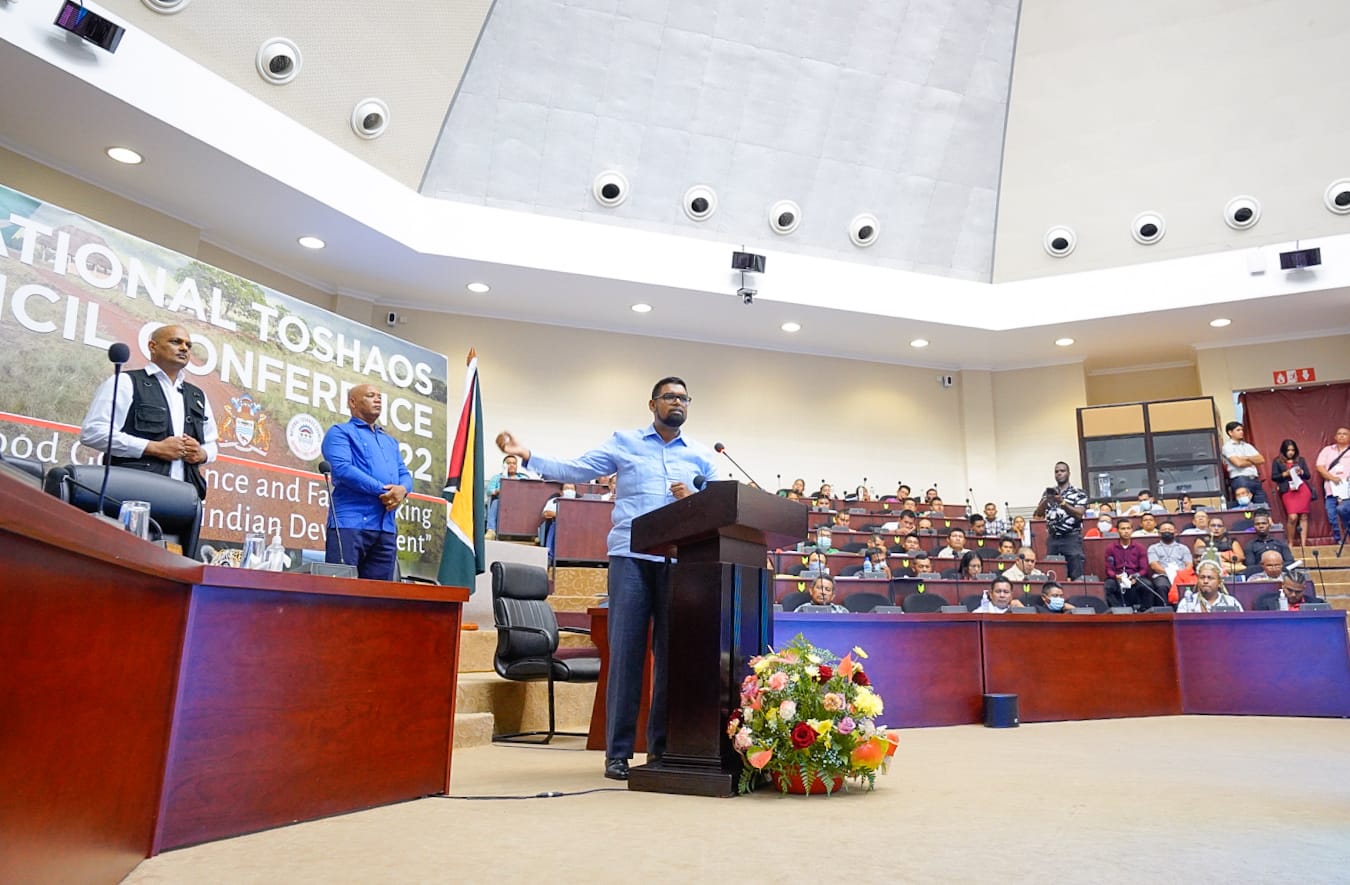 Georgetown, Guyana—(July 14, 2022) His Excellency Dr Irfaan Ali announced that the Government will be presenting to the National Assembly, next Thursday, a $3bn supplementary budget for further financial support for Amerindian communities.

The Head of State made this announcement today as he addressed Toshaos and community representatives gathered at the Arthur Chung Convention Centre on day four of the National Toshaos Conference (NTC) 2022.

“We have decided that we must act immediately in your interest. So next week Thursday we will proceed to the National Assembly to pass a supplementary provision to have $3bn dedicated to Amerindian development and the development of your communities.”

This additional allocation, the President noted, is outside of the $50bn already invested in Amerindian communities in under two years.

The funds will be used to address the immediate needs of the communities. This was decided after proposals were submitted by the Amerindian leaders on Wednesday.

Several hundred participants had grouped their proposed developmental projects into various categories including food security and agriculture, women’s affairs, pensioners and the elderly, children and youths, human resources, facilities, services, economic activities and empowerment and infrastructure. This methodology, the President had emphasised would allow stakeholders to come up with core plans to accelerate their needs and accelerate the implementation of their ideas.

After today’s announcement, President Ali assured the Indigenous leaders that in the coming weeks, they will see members of the Cabinet coming to join them in their communities to crystallise these plans. He stated that within the $3bn, $250m will be set aside for youth empowerment projects.

The President encouraged those present to be wary of the negative narrative and encouraged them to “know the truth, to follow the truth and to advance the people of their communities”.

The Head of State reiterated that Amerindian communities are critically involved in the Government’s transformative agenda.

To this end, the President reassured the Toshaos and community representatives that his Government will continue to work to ensure that they all have equal access to development opportunities.

“I want you to be assured that this is the way we intend to move the development of your communities and Guyana.”