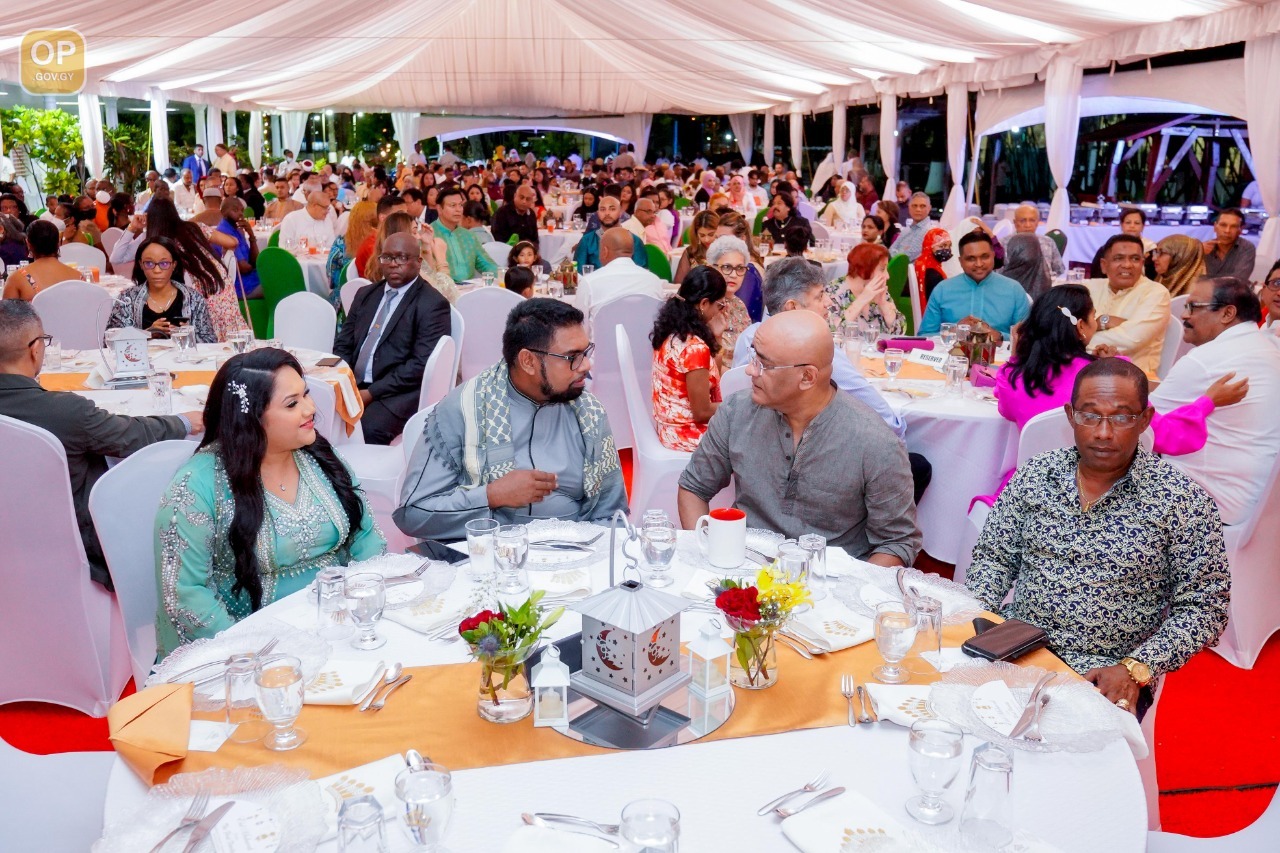 He said that Guyanese are humble, tolerant and strong and united in their quest for peace and that the country is one “in which all of us are ready and willing to embrace development and the upliftment of humanity”.

The President, who took part in several activities during today’s Eid-ul-Fitr celebrations, culminated the day’s event this evening with a specially organised dinner for members of the religious community, representatives of the Diplomatic Corps and members of his Cabinet at State House.

During his brief speech, he spoke of his Government’s development plans and drive to pursue its ‘One Guyana’ agenda.

“Our only desire, that of the Government, is for the upliftment of all the people of the country. It is to ensure that we implement programmes and policies that will enhance humanity, that will bring people together—that will create love among each other.”

The President also spoke of humanity at the Eid Prayer this morning at the Muslim Youth Organisation (MYO) ground, where he described Ramadan as a tool to promote humility, sacrifice, love and respect.

He said that all of humanity is the same in the eyes of God Almighty and wealth nor status would ever define us.

After the prayer session at MYO in Georgetown, the President headed to Leonora, on the West Coast of Demerara, to take part in a similar activity, where he spoke of love, family, and equality.

The Head of State then led scores of residents to several Muslim homes in the community to participate in a traditional house-to-house visit to indulge in sweet treats.

He also opened his home in Leonora for a similar activity.

Eid-ul-Fitr marks the end of the Holy Month of Ramadan, a period of prayers, fasting and introspection.