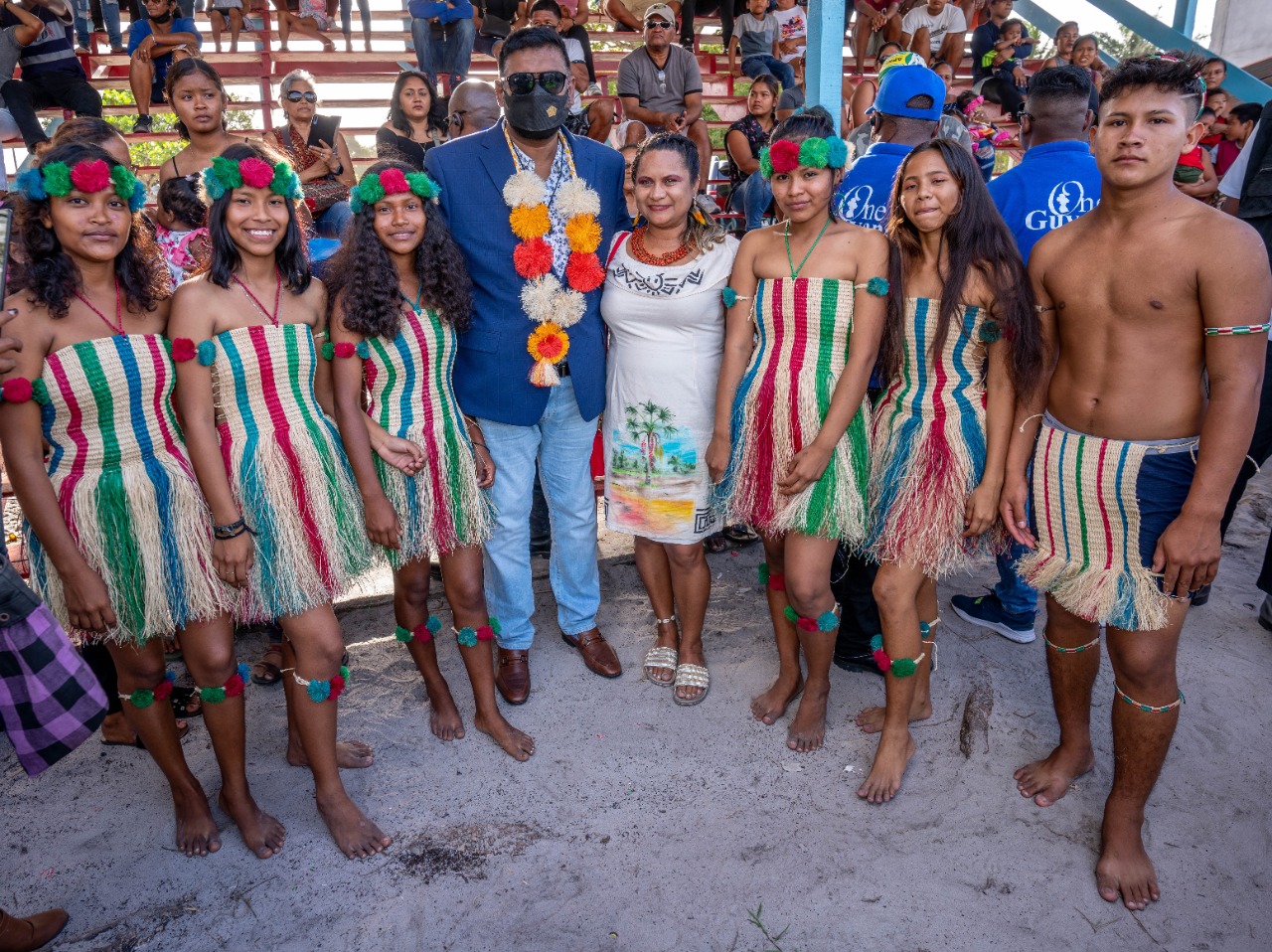 Pakuri, Guyana—(March 26, 2022) His Excellency Dr Irfaan Ali today announced that as part of his Government’s economic development programme, a large-scale poultry hatchery and egg production project has been earmarked for Pakuri Village.

The Head of State made the announcement this afternoon during his address at Pakuri’s Village Day celebrations in observance of its 133rd anniversary.

President Ali said that the project would be one of the largest of its kind in the country, and will satisfy the demands of the local market and the local poultry producers.  He also made reference to the large consumption of eggs at the regional level and about its constant demand on the market.

“We are talking about the production, annually of more than 30 million eggs to be part of the regional system. All of which is imported today.”

The need for poultry production was evident, according to the President, since prices have continuously increased with a supply that has been restricted due to current global challenges. According to President Ali, the only way for Guyana to curtail the effects caused by current global events is to become self-sufficient.

“That is the goal. To work with this community in being the leading hatchery and hatching egg producer in our country.”

“We can be self-sufficient in producing our own hatching eggs.”

In his address, the Head of State also reiterated his Government’s commitment to ‘One Guyana’ and its quest to ensure key infrastructure development to facilitate a modern society with a solid tourism product.

President Ali said that “we are going to identify some key infrastructure that is necessary for the forward movement of the tourism sector.”

Additionally, the Government will also invest in bolstering internet connectivity, education, training, and development to ensure that every child has “the best shot possible at life”.

In this regard, the President stated that the Government of Guyana has signed an agreement with the UAE with the potential of providing training in coding at the primary school level and basic software development training at the secondary school level.

“These are the initiatives that will transform the country”, the President stated while adding that investments are critical to ensure that Guyana’s children “get a better shot at life”.

He also alluded to a number of positive measures that have been implemented that are positively benefitting thousands of school students across the country.

President Ali also took the opportunity to present a quantity of sport gear to Toshao of Pakuri, Timothy Andrews. In addition, $500,000 was handed over for a project of the community’s choosing that will benefit its children.

In honour of the President’s visit, he was presented with tokens of appreciation.

Region Five must be the livestock capital of CARICOM—President Ali