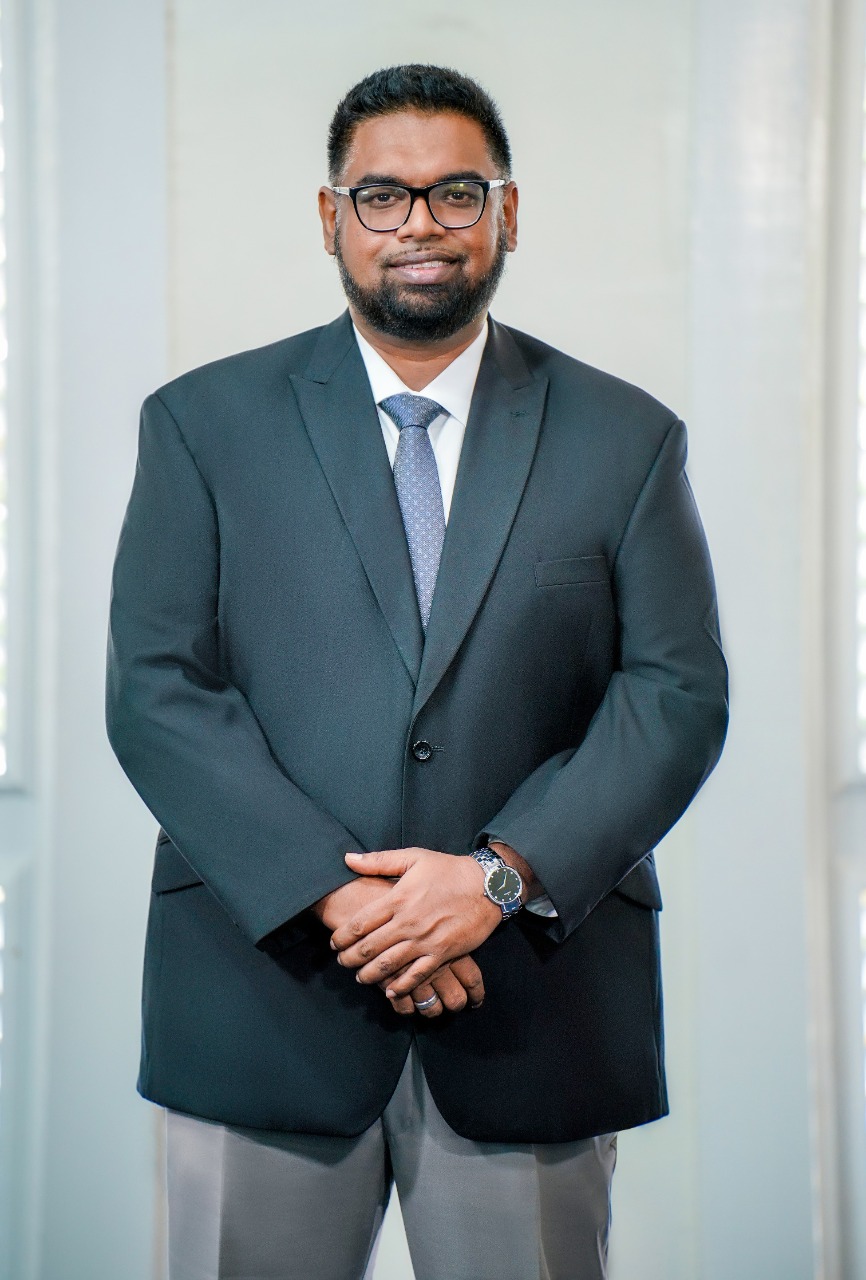 Dubai, UAE—(March 22, 2022) His Excellency Dr Irfaan Ali said that the Caribbean Region is a stable platform with all of the components for a modern and emerging economy.

President Ali highlighted the Region’s economic potential and spoke extensively about opportunities in environmental services, the blue economy, agriculture, infrastructure, tourism and other areas of potential and predicted growth.

“Once you have the capital, the foresight, access to technology, then the Caribbean Region is a destination you should be looking at. It is a destination that offers you an opportunity to build a complex, multifaceted investment platform. And it’s a Region that is looking at being self-sufficient in many areas.”

The President explained that although the Region’s population is small, the market access it provides through its booming tourism industry, allows investments to thrive.  Coupled with this, he said that the Caribbean is not only a zone of peace but an “exclusive zone of tolerance and inclusiveness”, built on resilience and diversity.

The location of the Region and its direct access to South, Central and North America were also highlighted.

“In almost each of these areas, we have specific investment agreements and trade arrangements that will give you a distinct advantage in pursuing your business interests.”

The Head of State explained that “a complete rebuild of our logistics and transportation model” is a priority of the Region.  “We could create all the goods, but if you don’t have the means to move the goods and the services, then you have a serious problem.”

Specific to Guyana, the President said his Government is in talks with the Emirates on developing a logistics hub, while the Prime Minister of Barbados, the Honourable Mia Mottley, will be in the UAE to work on a project called the ‘Sea Bridge’.

These projects, the President said, will move people, goods and services throughout the Region. He assured that every country in the Region is “committed to providing an incentive mechanism to support this logistics and transportation model”.

“Unless we fix this problem, in terms of logistics and transportation, we will not be able to capture the results we want to capture. So this, by itself, presents an opportunity, a major opportunity for investors.”

President Ali also added that every country in the Region is on a transformative infrastructural drive.

“We are now talking about building a bridge between Guyana and Suriname. Suriname is looking to build a bridge between Suriname and French Guiana. We are looking at building an infrastructure that will support the development within the Region… So, there is the opportunity, and that is why today, as leaders in the Region, we are more outward-looking.”

The Head of State explained that CARICOM was never able to benefit from all of the agreements it has forged around the world since it lacked the means to infiltrate the larger markets. This is why, he stated, the Caribbean is showcasing its investment potential to the Middle East.

“You have the capital, we have the environment, and we have the enabling infrastructure to get you into those markets based on existing agreement.”

In addition to the infrastructural and logistics expansion and development, the President spoke of Guyana’s 18.3 million hectares of standing forests covering over 87% of the country’s land. He also highlighted Guyana’s 92.5 gigatonnes of carbon that is conserved (forest stored), which represents a US$195b in the carbon market.

He also spoke of the country’s non-oil natural resources and about Guyana’s potential in agriculture, especially as it relates to CARICOM’s reduction of its food import bill by 25% by 2025 through local agriculture expansion in member states.

Guyana, like other CARICOM nations, the President added, is moving forward through the use of renewable energy and through solid, long-term, investments.

CIF2022 is a high-level event that offers a range of investment opportunities in AgTech, Hotel and Resort Development, Fintech, Logistics and Transportation.

The Global Business Forum LATAM is being held under the Patronage of Vice President and Prime Minister of the UAE and Ruler of Dubai, His Highness Sheikh Mohammed Bin Rashid Al Maktoum.

The forum is expected to explore how the Gulf Cooperation Council (GCC) and Latin America and the Caribbean (LAC) can bolster each other’s economies post-pandemic.

President Ali is accompanied by the Minister within the Ministry of Public Works, the Honourable Deodat Indar; CEO of GO-Invest, Dr Peter Ramsaroop and Director of Projects in the Office of the President, Mrs Marcia Nadir-Sharma.