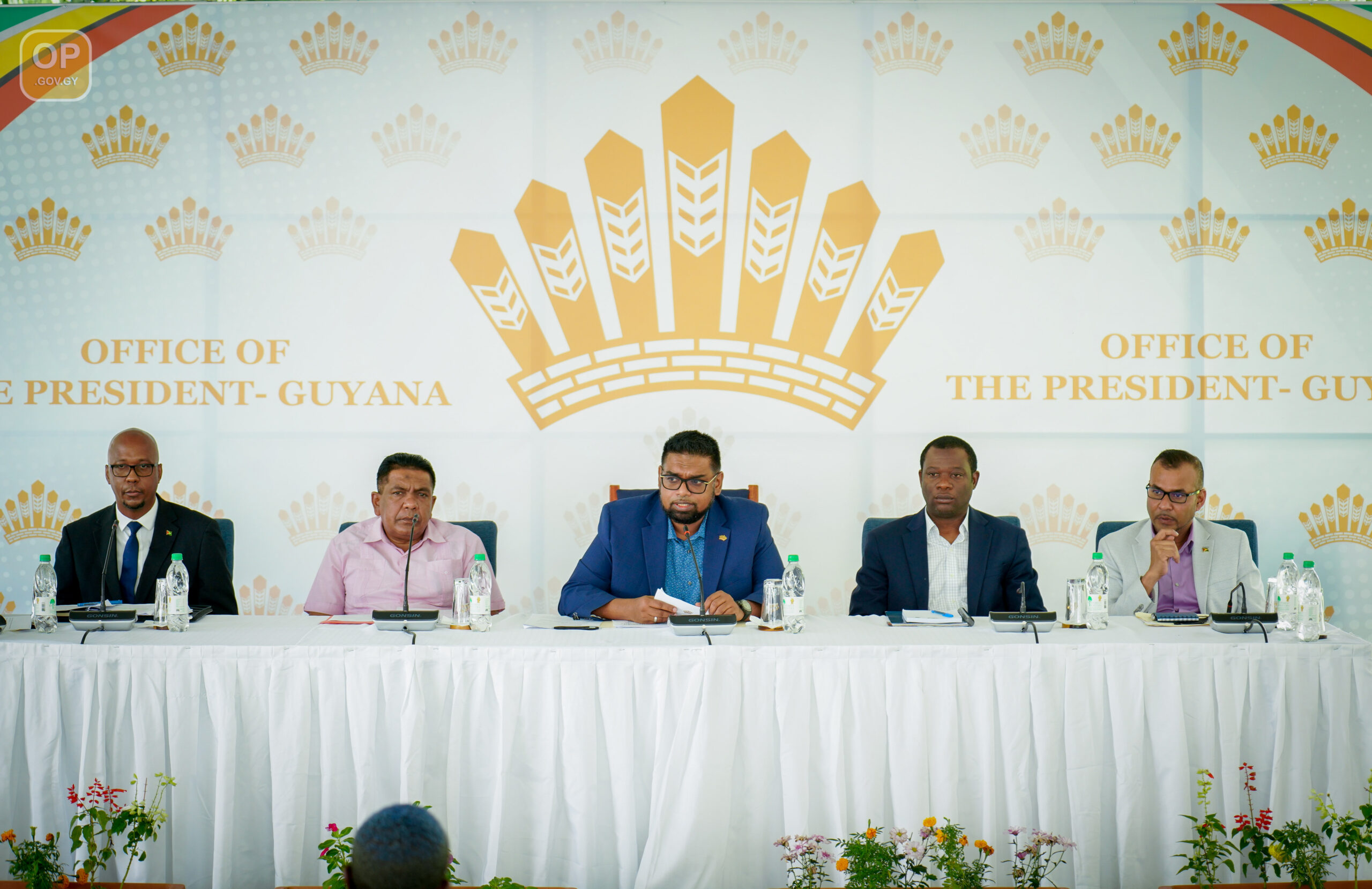 —Says the plan is to twin operations with Guatemala

Georgetown, Guyana—(March 6, 2022) His Excellency Dr Irfaan Ali reiterated that sugar continues to play a vital role in Guyana’s economy and towards the socio-economic development of its people.

He said that due to this, efforts will be made to ensure the longevity of its production, in the long-term diversification plan of the country.

The Head of State made these remarks while fielding questions on his Government’s plans for the industry during a Press Conference held today at State House.

He said that stemming from a fruitful meeting with Guatemala’s President Alejandro Giammattei on the sidelines of the CARICOM-SICA Summit last week; the two leaders have decided to “twin their approach” to ensure best practices and maximum yields for their countries.

“So we are going to look at the best practices in Guatemala and Guyana and twin our operations from the management side, operational side, investment side, but more importantly, the end result of this is sustainability—job creation, economic expansion, and viability of the industry. That is the main output that we are looking at.”

President Ali said that the two countries are in the process of finalising the Memorandum of Understanding as well as plans for an exchange visit.

“Guatemala is the fourth largest exporter of sugar worldwide and the second [largest] in Latin American countries. Can you imagine that? The second-largest and fourth-largest in the world, it generates 80,000 jobs directly, 410,000 indirect jobs and export earnings of over US$1b. This is sugar’s contribution in Guatemala.”

The President said that from efficiency, productivity, and competitive standpoints, Guatemala would play a key part in the revitalisation of the industry.

“We are not going to reinvent the wheel—sugar is viable. I said this a long time ago, from a financial, economic and social perspective, sugar is viable. We have to decide, do we want the jobs and save the industry at the same time? We’re not selling out any assets; we are catalysing the asset. There is a difference.”

The President reminded that it was the PPP/C Government that made clear the importance of sugar after the former APNU/AFC Government had closed the estates and shut the industry down.

He also made it clear that the packaging facility in Enmore on the East Coast of Demerara was not closed.

“The Enmore packaging plant is not closed. Let me make it very clear. The facility at Enmore will be used, and it’s not sold, it will be used to sustain all the jobs and expand the opportunity for the East Coast corridor because the East Coast corridor is linked to the industrialisation and manufacturing that is taking place, no jobs will be lost.”

He added that as part of the Government’s strategic plan, the packaging plant will be moved to Albion in Berbice, and two extra lines will be placed there, which will create even more jobs and consolidate the sugar industry.