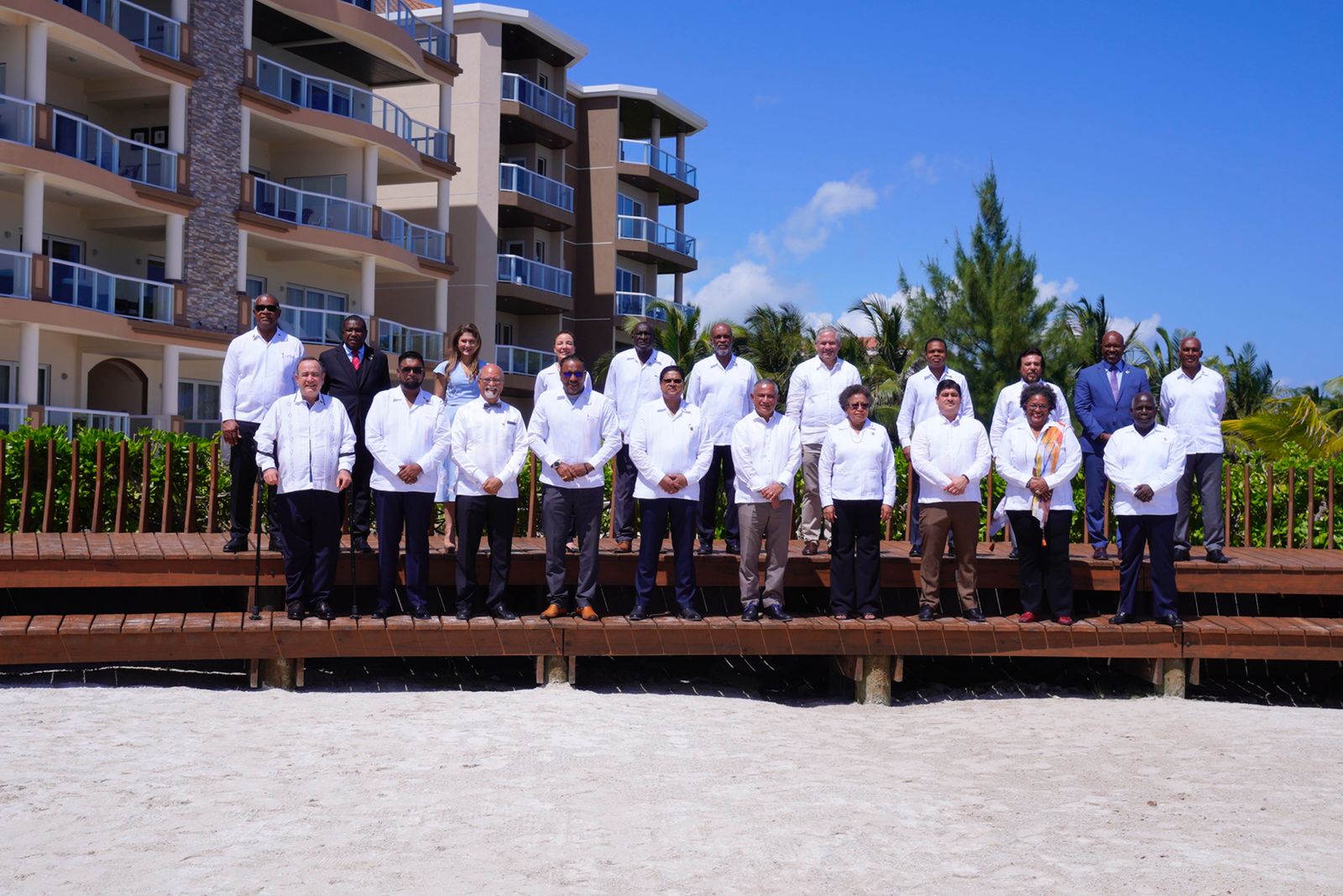 The Head of State also proposed a meeting between the Central American Agricultural Council (CAC) and CARICOM’s Special Ministerial Task Force on Food Production and Food Security that is chaired by Guyana.

“As the country with responsibility within CARICOM for food security, I offer a readiness to collaborate with the countries of the hemisphere to strengthen agri-food systems and enhance food security.”

President Ali reminded the Summit that CARICOM has embarked on an ambitious agenda to transform the regional agricultural sector towards full commercialisation, enhanced competitiveness and to better meet the food and nutrition needs of the region.

He pointed out that the Central American countries participating in the Summit have great potential in the area of food security. He noted that Guatemala, for example, has 25% of their Gross Domestic Product (GDP) coming from agriculture and are world players when it comes to crops such as sugarcane, coffee, banana, and cotton among others, while the agriculture sector in Honduras employs 39% of its people and have competitive advantages in crops such as plantain, rice, beans and others.

The Guyanese Head of State further explained that the Central American region as a whole contributes half of the total value of regional exports in agriculture and food production.

“This tells us that the solution to food security and sustainability lies right in this room. What we require is the commitment and joint approach in addressing food security in the region.”

The President said that in pushing the agenda forward, the proposed meeting between the CAC and CARICOM will marry the priorities of the regions and “establish a time-bound framework in keeping with what CARICOM would have decided over the last two days (at the 33rd Inter-Sessional Meeting of CARICOM Heads of Government). We are extending and reaching to our friends in this room to support this agenda and to support us.”

President Ali said that this opportunity is a “low-hanging fruit” that can bring real benefits, real results and show the respective populations that the two regions are not in a “prolonged dialogue” but are prepared to conjure an actionable timetable. He said that this too will “open ourselves to accountability to the people in achieving the integration that food security and agriculture can bring for us”.

“I want to invite our friends to the investment forum….and also to work with us on how we can employ the technology and the resources and mobilise the expertise in advancing this agenda of CARICOM.”

President Ali also noted that the Summit should not only result in commitments to important areas such as climate change, food security, regional security, investments and trade expansion but also send a “strong signal in hitting the reset button”.

He added that those important areas can constitute specialised and targeted work in enhancing and expanding the relationship between the regions.