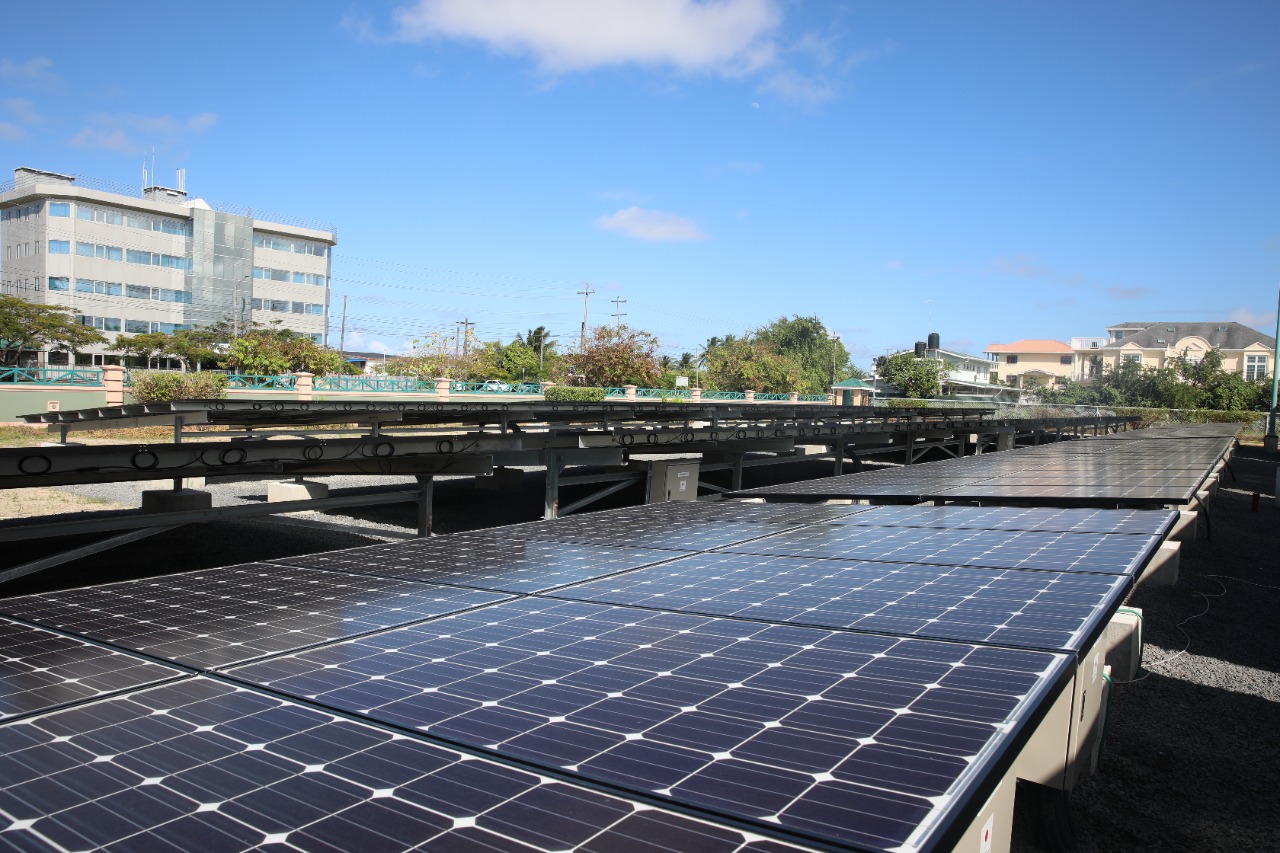 Georgetown, Guyana—(January 11, 2022) His Excellency Dr Irfaan Ali said that Guyana is willing to share the experience and capacity it has gained and built over the years in renewable energy with the Caribbean to help advance the energy plans of CARICOM member states.

He said that Guyana is a member of the International Solar Alliance, and for the past ten years, the country has worked closely with The Energy and Resources Institute (TERI) to support the smart development of renewable and efficient use of energy in key sectors, including agriculture and manufacturing, which are the backbone of Guyana’s economy.

The Head of State made these remarks today at the handing over ceremony of the Solar Photovoltaic Power Generation Plant at CARICOM Secretariat at Liliendaal.

These efforts, the President said, have focused on technology deployment and the strengthening of the country’s institutional and human capacity.

He said that Guyana, with the support of organisations such as TERI, can offer the region energy performance studies to identify options for energy conservation measures.

“We are prepared to work with the region on renewable energy opportunities to ensure we as a region are coordinated in our effort to support each other and to play our part collectively in the fight against climate change by tackling mitigation opportunities.”

The Head of State emphasised that the completion of the project is a demonstration of the region’s commitment to alternative energy sources and his country’s pledge to transition to cleaner and more renewable energy.

He pointed out that utilising the bountiful resources of sun and sand is pivotal to the region’s future.

President Ali also heaped praises on Caribbean nations for their sustainable energy policy. He pointed out that Barbados’ National Energy Policy 2019 to 2030 identifies a “bold 11-year implementation horizon” where they have a vision of becoming 100% fossil fuel free by 2030.

He also mentioned that Jamaica is pursuing a renewable energy project. Overall, he said that every Caribbean island is playing its part in pursuing a pathway to alternative energy as well as including measurable indicators within that pathway.

President Ali used the opportunity to call out the global community to stay true to their commitments.

He also called for more aggressive deployments of resources to help SIDS advance their technologies and help in their mitigation and adaptation measures.

“We are showing and demonstrating with the little resources that we have, that we are capable of making big decisions. We’re capable of providing leadership, and we’re capable of doing what is right and playing our part in the fight against climate change, but we need support.”

He added that he believes the commitments made are credible, but there needs to be urgent action in demonstrating that commitment by not “adding conditions to countries, but by supporting the existing pipeline of projects to meet the targets that we have outlined individually and collectively as a region”.

The 400-kilowatt solar generation project was undertaken through a US$17.8M grant agreement between the governments of Guyana and Japan. Of the lot, US$7M was earmarked for its establishment.

The 1500 solar panels, servers and batteries will allow the secretariat to have a net-zero energy balance.