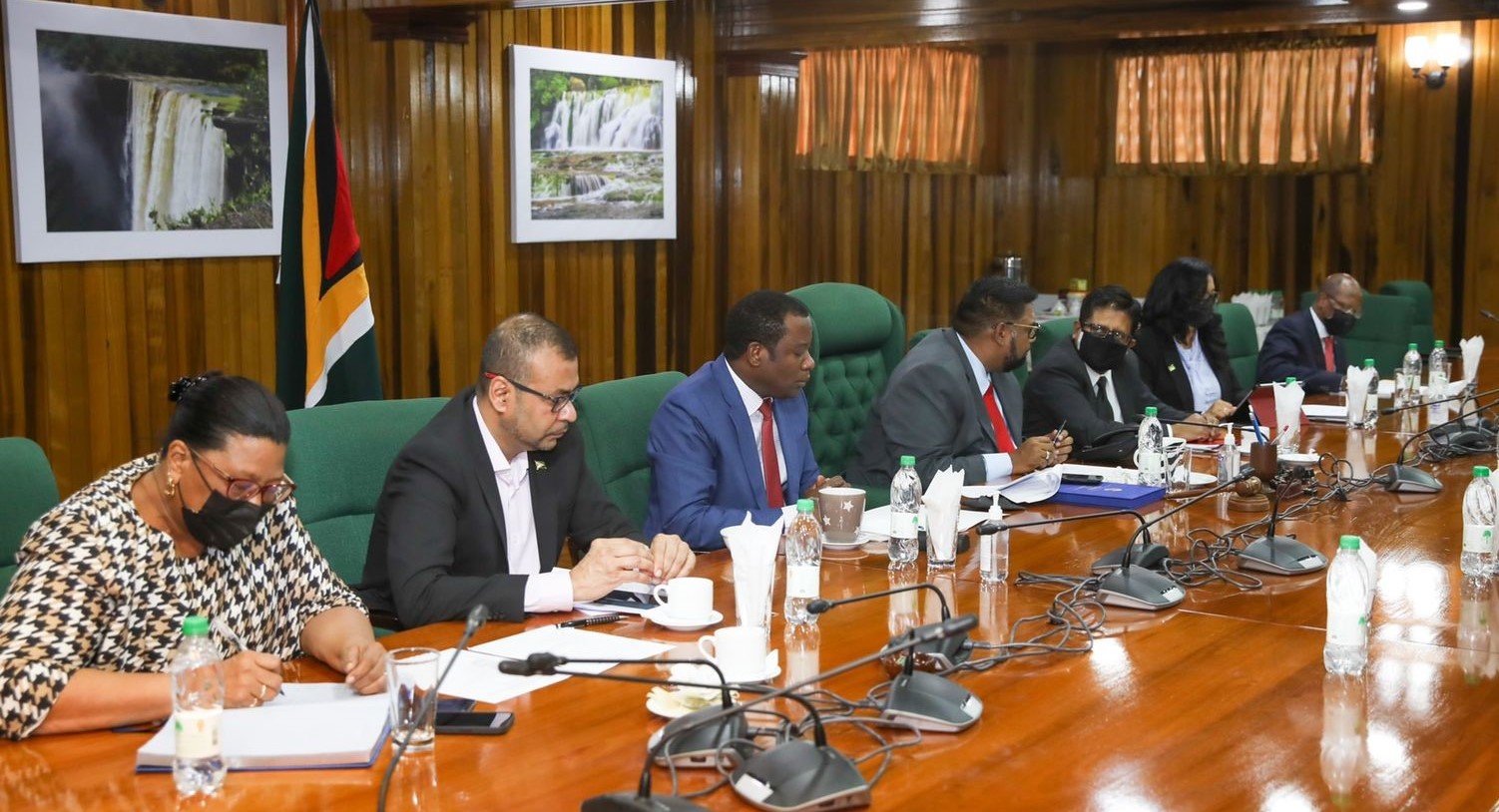 Georgetown, Guyana—(January 10, 2022) His Excellency Dr Irfaan Ali today told the President of the Federative Republic of Brazil, H.E Jair Bolsonaro, that Guyana wants to have a very strong strategic partnership with its Portuguese-speaking neighbour.

The two leaders, who communicated via teleconference, also discussed the agenda for the expected visit of President Bolsonaro to Georgetown later this month.

“We have a number of important issues and opportunities for both Guyana and Brazil that I wanted to highlight even before our meeting, so our technical teams can start some work.”

President Ali listed several areas that are critical for both countries to move their relationship forward, including energy and food security, telecommunication, infrastructure integration and trade.

He also pointed out that due to their geographical locations, the nations must make strong statements in linking their territories.

The Guyanese Head of State said that in addition to oil and gas, expanding opportunities in the other non-oil natural resources sector such as bauxite will create an opportunity for a direct link to northern Brazil and the Atlantic that can “create an excellent platform for us to develop an integrated project”.

As it relates to trade, currently, there is an existing partial scope agreement that aims to foster bilateral trade flows by the exchange of tariff preferences between the two countries, cooperation on trade matters and increased participation of the private sector.

This, President Ali said, is currently under negotiation to be expanded since Guyana wants to increase its quota, especially as it relates to rice being exported to Brazil.

President Bolsonaro, via an interpreter, said that the agenda for discussion looks “very promising” and that he will ensure that technical staff from the relevant ministries in Brazil travel for the state visit.

It is important for us not to panic—President Ali