Women have significantly contributed to the development of Guyana—President Ali 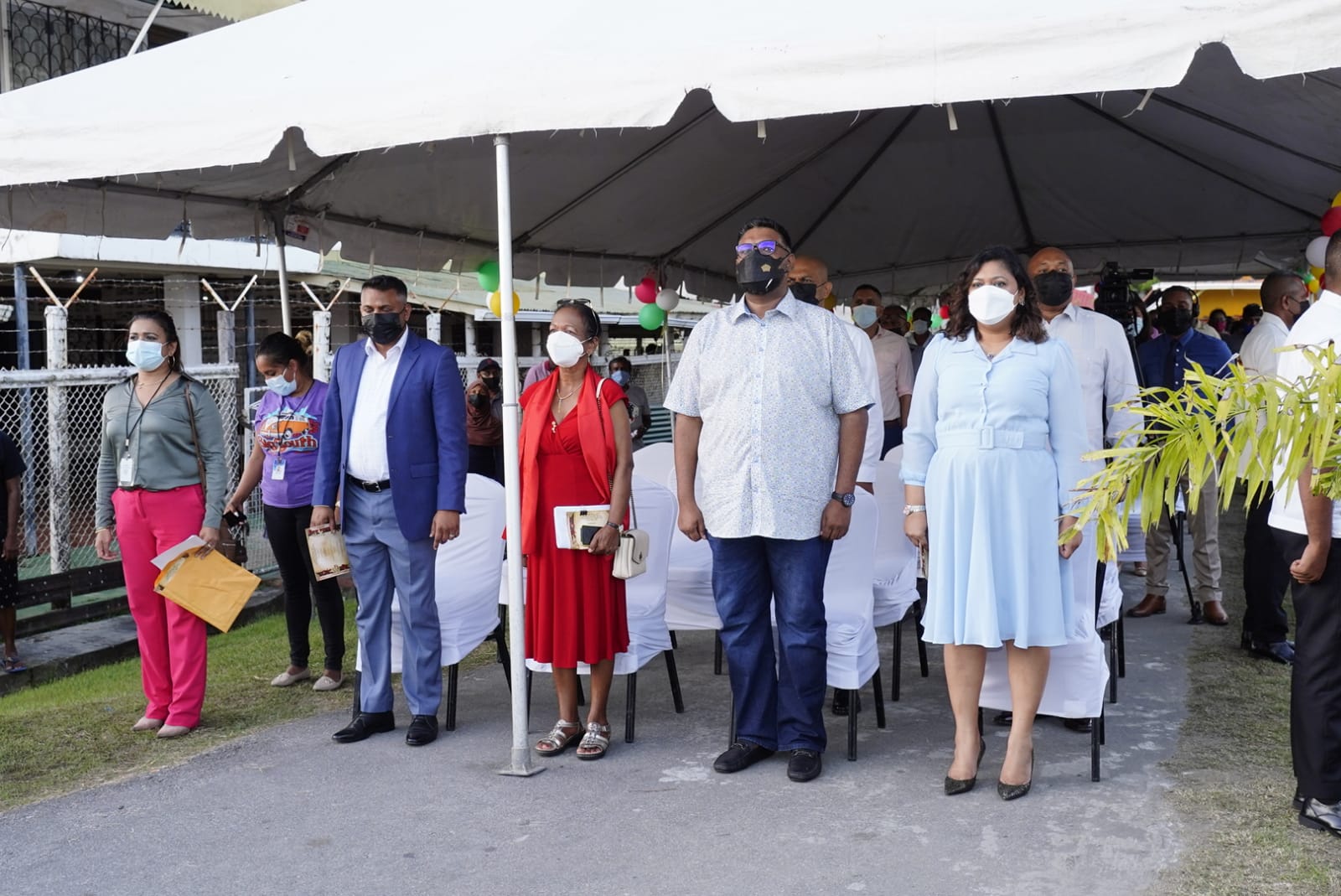 Georgetown, Guyana—(December 21, 2021) His Excellency Dr Irfaan Ali heaped praises on Guyanese women for their contributions to the development of the country while acknowledging the actions of heroines Kowsilla and Sakina Mohamed.

The opening ceremony of the Kowsilla Community Park and the Sakina Mohamed Computer Centre for Learning in Leonora, West Coast Demerara, last evening was described as a historical moment.

The President said that along with celebrating the present, it is also equally important to honour pieces of history that “outlive all of us”.

“These two women (Kowsilla and Sakina Mohamed) came up in a different era. They came up when there were greater challenges surrounding women. Women were not just contributors to society; they were bearing the brunt of the hardship in the society.”

He pointed out that among their duties, women had to ensure that there was enough food on the table for their families.

Despite their hardship, President Ali said, Kowsilla and Sakina Mohamed still found the time to dedicate to their political and social lives, more so because they understood how important political education and social consciousness were to not only the upliftment of women but their communities and the country as a whole.

The President said that it is important for Guyanese to know our history—hence the importance of the Kowsilla Community Park, which represents the martyr who was run over by a tractor while protesting for sugar workers rights.

The President said the “park is a custodian of hope—hope in every single one of us that no matter where we come from, no matter what our circumstances are, we can be persons who will mark our names in history, once we stand up and defend principles and values that are dear to us”.

President Ali pointed out that Sakina Mohamed was tasked with educating the masses using arts and handy-craft and that the computer lab that is built in her honour will allow young people to not only be able to learn but to grow with a skill.

“So the legacy of teaching and learning will continue at that facility in honour of Sakina Mohamed right here in Leonora.”

The Head of State heaped praises on other women in our history, including those who fought for democracy during the 2020 Presidential elections.

“Once again, women played a distinguished role in standing up for democracy and freedom.”

BE THE BEST YOU

Children, who were at the venue, were urged to stay humble, to stay focused and to take their education seriously.

He told them that they have the opportunity to be the best that they can ever be.

“Do not believe for one moment you’re lesser than anyone else because of the region you come from… because of how poor or rich your family is. Tonight, I want to tell you to take a few things very seriously. One, take your responsibility as a child very seriously— that responsibility to your family, to listen to the older people in society, to take guidance. Importantly, to make the best use of your educational opportunities—go to school, pay attention, uplift yourself.”

The President also implored them to find time to enjoy their youth and childhood.

“Enjoy running in your backyards. Enjoy playing with your neighbours. Enjoy coming together as children and playing in the school ground. Enjoy coming together and sharing jokes and sharing food and sharing a good time together because, by the time you get up to my age and Comrade Indra’s age, the only things that will be left with you are those friends that came through with you. And in some cases, if you lose those friends, these are beautiful memories that you will make here in your childhood.”