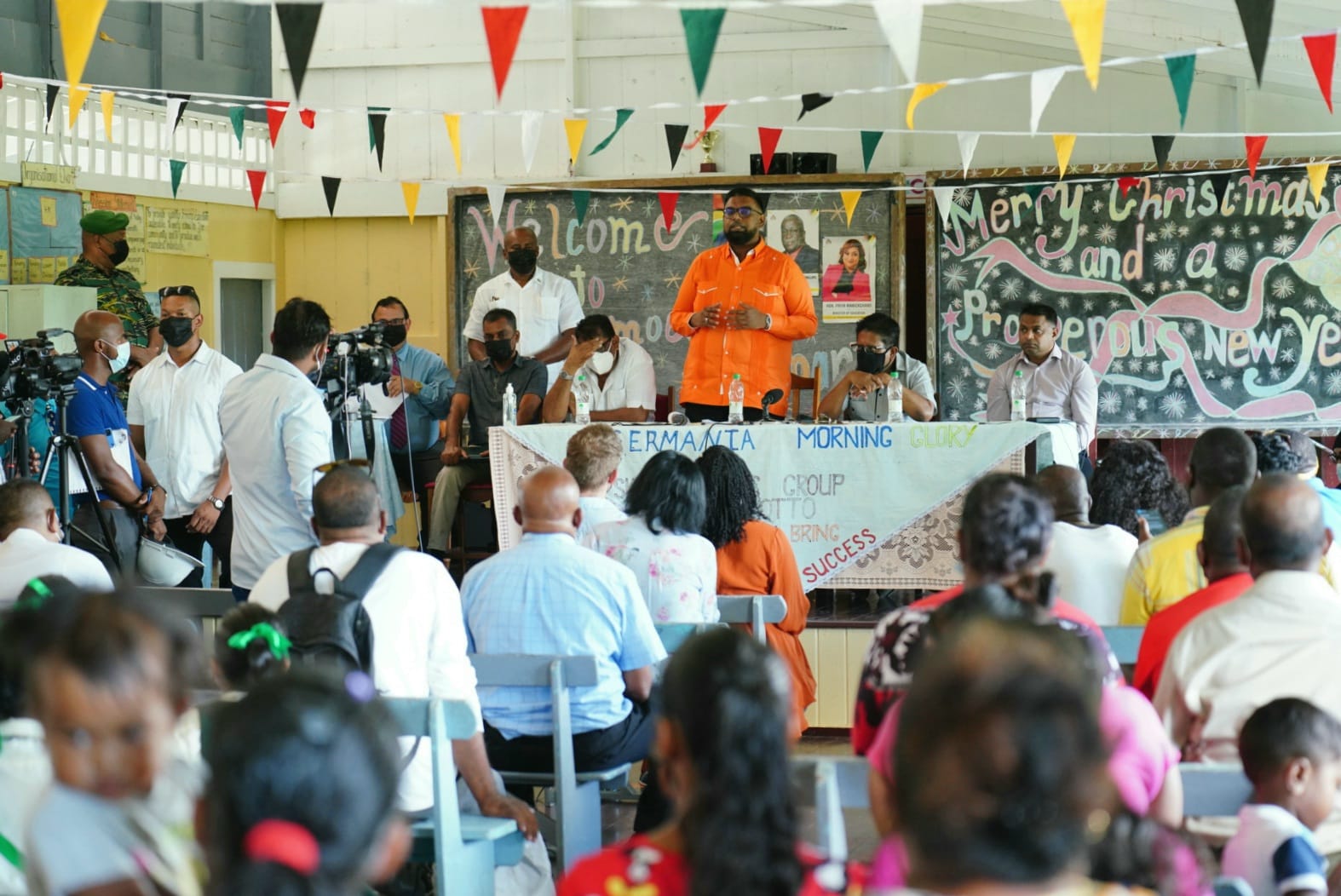 The Head of State made the disclosure during a meeting with residents at the Schepmoed Primary School earlier today.

Some of the residents had informed the President of the deplorable condition of the road during the commissioning of the Water Treatment Plant at Sheet Anchor last Saturday, and the President promised to look into the matter.

He told residents today that an asphalt road is essential to the community’s overall development.

“If you have to justify this road based on financial assessment alone, it cannot be justified but when you look at the potential that exists in increasing production then it can be justified. So, we have to spend a lot of resources on the production aspect.”

The road would help ease the movement of people and food produce.

According to the Head of State, systems will soon be in place to start the process.

“The Ministry has already started to move the machinery to this area, and we are going to start the procurement process. Next year after we complete that, we will do a further assessment.”

The announcement of the road was immediately welcomed by residents. They explained that it takes about three hours to get their produce to New Amsterdam and that the six-kilometre asphalt road would significantly lessen that time.

Sewchand Durjodhan said that he is thankful for the initiative.

He noted that the road is the community’s primary access to New Amsterdam and other locations and is imperative to the overall development of the community.

Grace Wilson, another resident of the community, added: “I am thankful for what they have already done, I know better things are in store, and I trust and believe in him [President Ali] that we are going to get it done.”