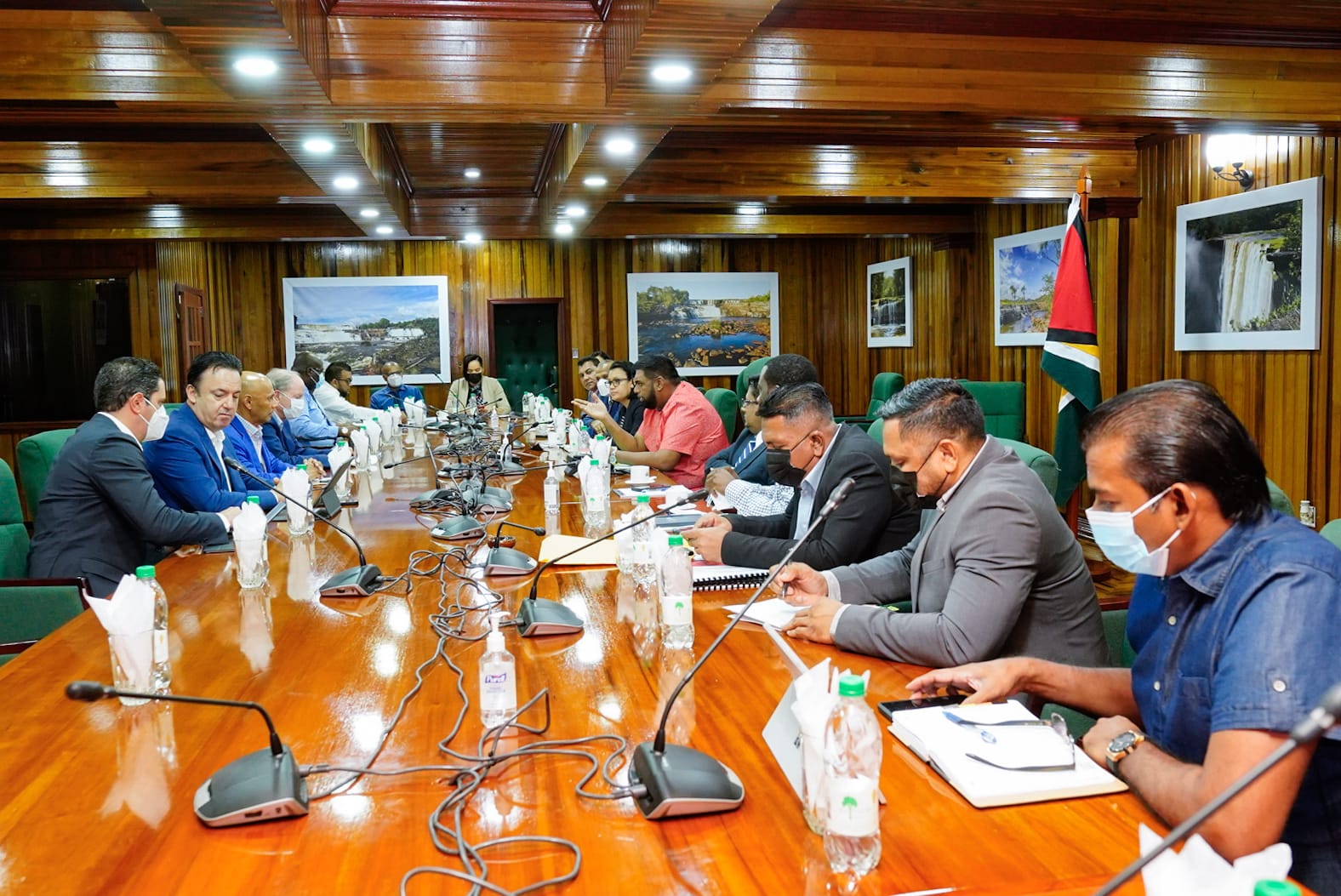 Georgetown, Guyana—(December 4, 2021) His Excellency Dr Irfaan Ali today highlighted the need for investment opportunities in Silica City and spoke about the building of the Corentyne River bridge with three investors from Mexico and their Guyanese partner.

Today’s meeting, which involved several Ministers of Government and other key Government officials, also saw pitches by the investors in areas such as housing, road and hospital construction and oil and gas.

The investors made presentations on large-scale housing projects and small prefab hospitals.

The investors, led by CEO of Grupo Industrial Omega, Andres Holzer, also highlighted several other areas of interest, including an oil refinery and a new terminal at the Cheddi Jagan International Airport (CJIA). He said that the group of investors also have the resources to pave the road from Lethem and Linden to enhance travel and investments between Guyana and Brazil.

The President listened to all the ideas, discussed their possibilities and then spoke about his Government’s plan to develop Guyana’s secondary city—Silica City.

The Head of State also asked the investors about their potential to build the Corentyne River bridge, which will link Guyana and Suriname by road. He reminded them that the planned bridge will use the design, finance, build and own model.

President Ali used the opportunity to express to Mr Holzer his desire to see Guyanese products sold in duty-free shops in airports worldwide. Discussions will continue in this regard between Holzer and Ramesh Ghir, CEO of the Cheddi Jagan International Airport Corporation.

The businessman manages duty-free stores in 64 countries across the globe.

The other investors were CEO of Grupo TCO Federico Martinez, CEO of Cometa Javier Vazquez and local partner Dean Hassan, CEO of Star 10.