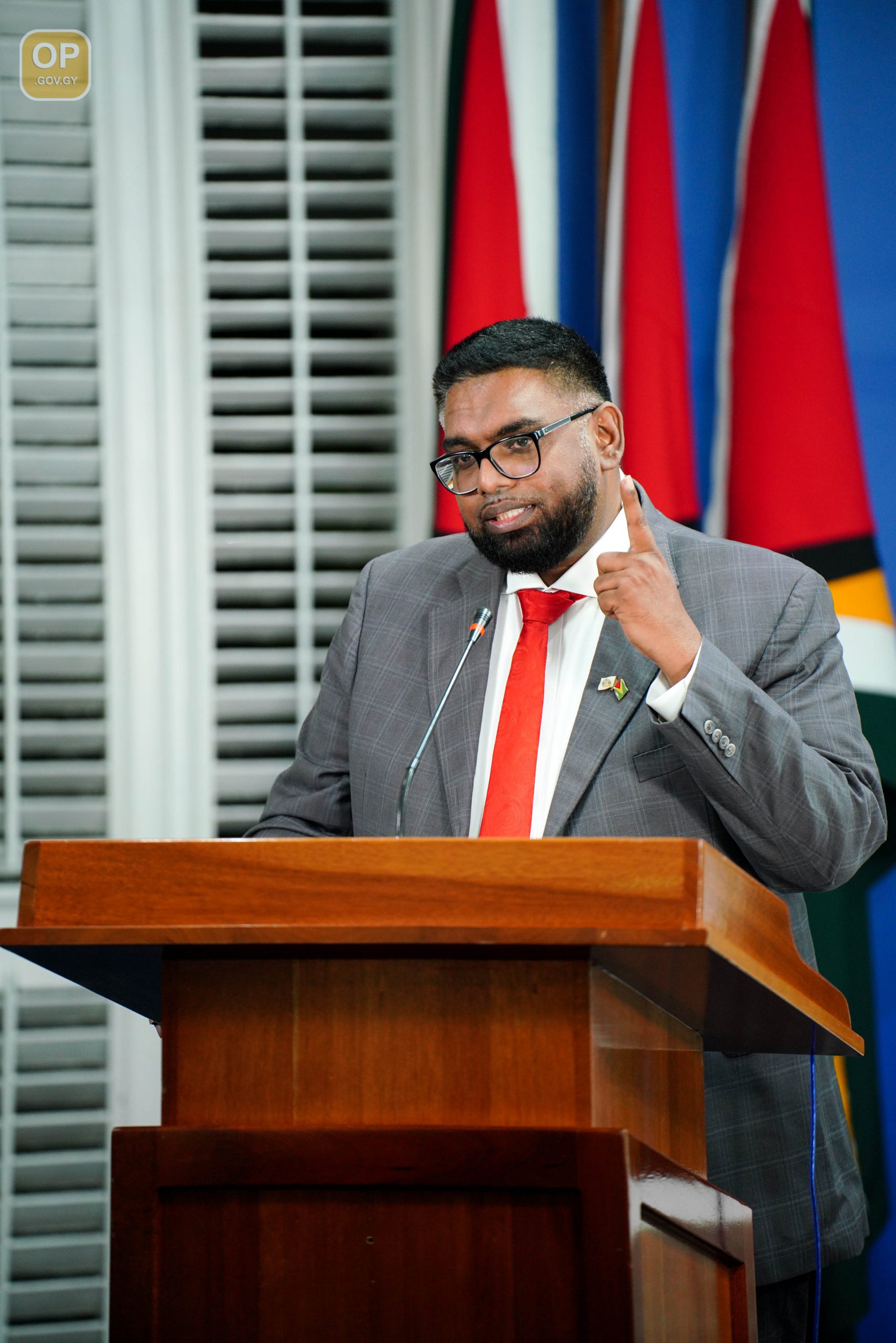 Georgetown, Guyana—(December 1, 2021) His Excellency Dr Irfaan Ali said that a number of imposed barriers to regional trade can be withdrawn in a short space of time if capacity building and trading opportunities are prioritised.

The President delivered an enthralling address at the Trinidad and Tobago Manufacturers’ Association (TTMA) President’s Dinner and Award Ceremony on Tuesday evening, where he lobbied for members and stakeholders of the CARICOM region to see their economic operating space as one.

Manufactured goods, he noted, is being imported seven times more than it is being exported, despite there being countries in the region with abundant natural resources and energy costs that are on par with developed nations.

“We cannot move forward reasonably as a people; we cannot move forward reasonably as a collective if we are not willing to act in a selfless manner.  The opportunities will slip by… I have the barriers by country, I have the impediments to trade by country for exports and imports and some of this is nonsensical. Some of these barriers that are imposed can be withdrawn overnight if you are serious about building capacity and opening up opportunities.”

President Ali, who focused on intra-regional food trade, also highlighted the glaring disparity in the import and export of food regionally and again lobbied for more to be done to lessen the importation bills.

He noted that there are numerous products that can be produced in the region using home-grown or homemade materials and resources.

“There are many areas we can have import substitution. Why is it not happening? If you look at the possibilities for Guyana and Trinidad—you have better-developed port facilities, low cost of energy and location advantages. We have strong bilateral cooperation. We have cross-border investment arrangements.”

The President emphasised the possibility of “marrying the competitive advantage” of T&T with that of Guyana in developing industries and opportunities for both countries’ manufacturing and services sectors.

He added that current hindering conditions, such as the supply chain crisis caused by the coronavirus pandemic, have resulted in shortages and rising inflation on goods and services such as food at a global level.

“That is why we have to wrap ourselves around a common objective to see our operating space as one and remove those barriers that have kept back the food production system. And those barriers have been nothing but a hindrance to our countries in the region. If we are not prepared to do this—then we are not serious.”

President Ali also took the opportunity to provide an update on several projects that his Government has embarked upon in keeping with its development trajectory. The President paid particular attention to the development and diversification of the country’s agriculture sector and other non-oil sectors.

“It is important to note too that we have committed ourselves totally to CARICOM. I’ve said on more than one occasion that the prosperity of Guyana is going to be the prosperity of CARICOM. We take our responsibility in CARICOM seriously.”

He also noted that the Government has been proactively expanding infrastructure, which includes constructing new farm-to-market access roads, new drainage and irrigation systems, while it has also made investments in smart and resilient agriculture and major facilities to create an enabling environment for investors.

The President added that the development of Guyana will stimulate manufacturing and industrial development in the region.  He stated that this will be done through greater private sector partnerships.