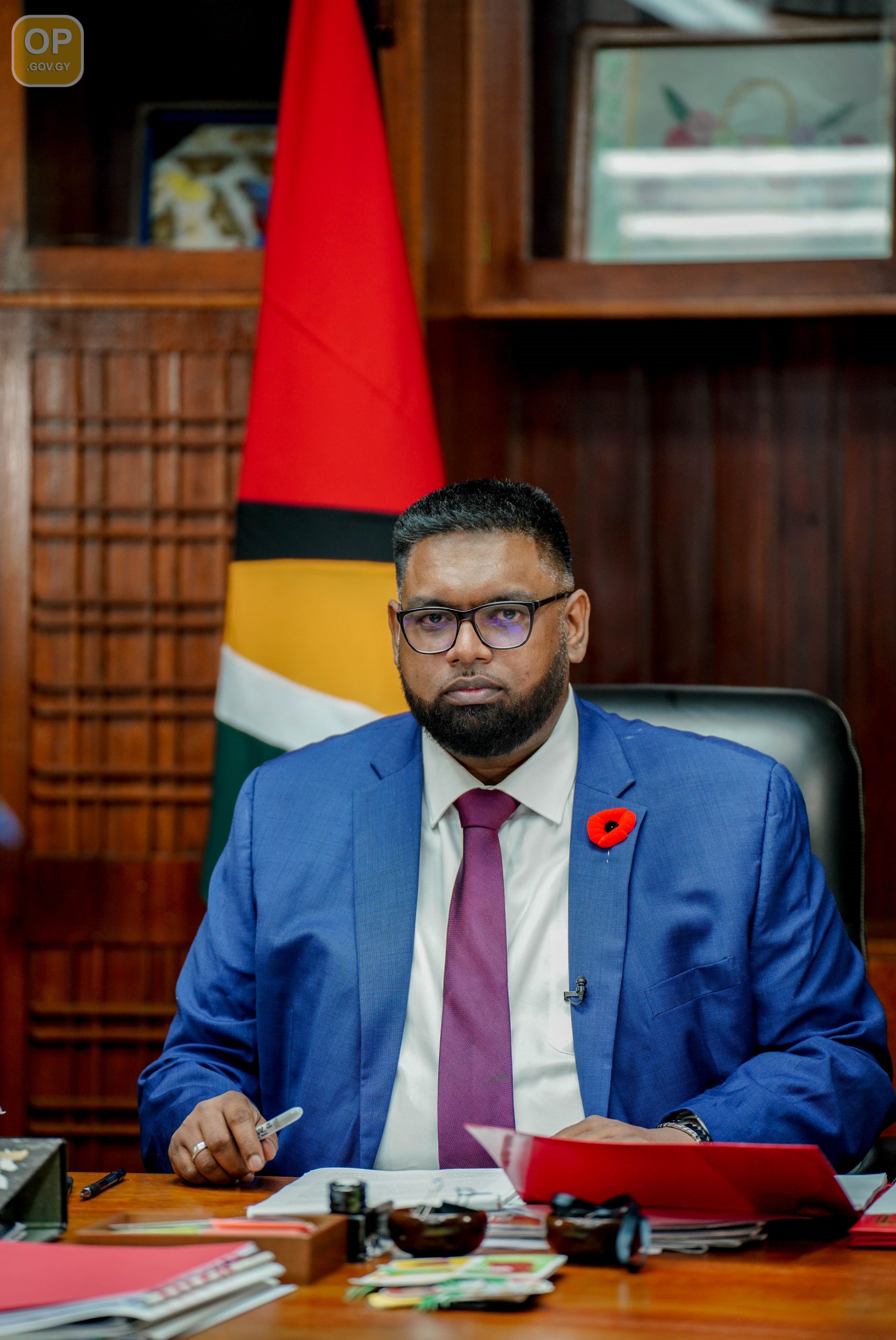 Georgetown, Guyana—(November 12, 2021) His Excellency Dr Irfaan Ali today announced a range of measures in the pipeline to not only fight crime but reform the lives of criminals in Guyana.

In a passionate live broadcast, the Commander-in-Chief of the Armed Forces announced that a programme would soon be launched to reform criminals who want to change their lives. The programme will be premised on confidentiality.

“Once you want to change your life, we want a discussion with you. We want to talk to you to give you an alternative pathway to earning an income and living a decent life. The life of crime is short-lived, you may have in your head short-term glory, but it’s short-lived. We want to work with you in giving you a better option at life.”

Additionally, the President also said that there will be a period for gun amnesty, where persons with illegal firearms can turn over their weapons.

The amnesty would also help persons to change their lives since, according to the Head of State, he has charged the Attorney General and Minister of Legal Affairs, the Honourable Anil Nandlall, to examine the existing laws and make amendments so as to ensure that the full force of the law is applied to persons with illegal weapons.

“I have asked the Attorney General to look at the laws and to propose an amendment to apply the highest penalty for persons found with illegal weapons because that is a major contributory factor [for crime].”

President Ali also presented crime statistics and pointed out that crime has had an overall 19.4% decrease from 2020 to 2021. This, he said, has been achieved although his Government inherited the Guyana Police Force (GPF) with more than 90% of their vehicular assets not functioning as they should.

Despite this decrease in crime nationwide, President Ali stated that regions 1, 6, 7 and 9 have had increases.

He said that the GPF would tailor specific policies and programmes to deal with the increases at a region-to-region level.

It was also noted that Region 4 A—an area that the Police has often had difficulties with in the past—has recorded the largest decrease—43.4%.

The statistics, President Ali said, shows that areas covered under the Safe City Programme are showing better crime-fighting results. To address all the regions, he explained, the Government will develop a ‘Safe Country Programme” that will see the entire country connected to CCTV cameras, monitored by the relevant authorities. The aim of this, the President pointed out, is to have a proactive approach to crime-fighting.

President Ali also said that the Government is mulling incentivising crime-fighting where good performance will be differentiated.

In addition, the Head of State added that investments will be made in intelligence gathering to further the Government’s agenda of promoting proactive police work. He explained that while the Police Force often faces a lot of criticism, they do put in detailed work to develop their strategy and information gathering. To enhance this, it must be community-centred and community-oriented.

The President stressed that the GPF must also enhance its trust between the force and the community.

Additional statistics indicated that there was a decrease in robbery under arms and robbery with aggravation at 32.4% and 44.7%, respectively. However, he noted that rape has had an increase of 55% and will be an issue that “we have to get tough on” and see tremendous improvement.

The President explained that in addition to basic crime statistics, the GPF has also been taking detailed statistics aimed at improving the way they target crime-fighting.

He pointed out that not only have they made records of crime committed on individual days of the week—with Saturday being the most “high risk” day, the GPF has also recorded the specific time of the day that crime peaks.

“This is the level of analysis that we are doing now to have a more structured and targeted approach to crime-fighting.”

President Ali also explained that there is a notion that the GPF does not solve crimes, especially the more serious ones. He, however, pointed out that the force’s rate of prosecution is one of the best in the Region.

He noted that this year there has been a 6.5% increase in prosecutions for murder, which represents 68.1% of the murders that have been committed.

The President admitted that there are challenges and noted that while crime has statistically decreased from last year, the Government is still not satisfied.

“One single crime is too much crime….We’re not hiding from any issues. You do not have a President who will hide from any issue. I am going to be upfront in dealing with every issue that challenges the people of this country. I’m committed to working every single day to make your lives better.”