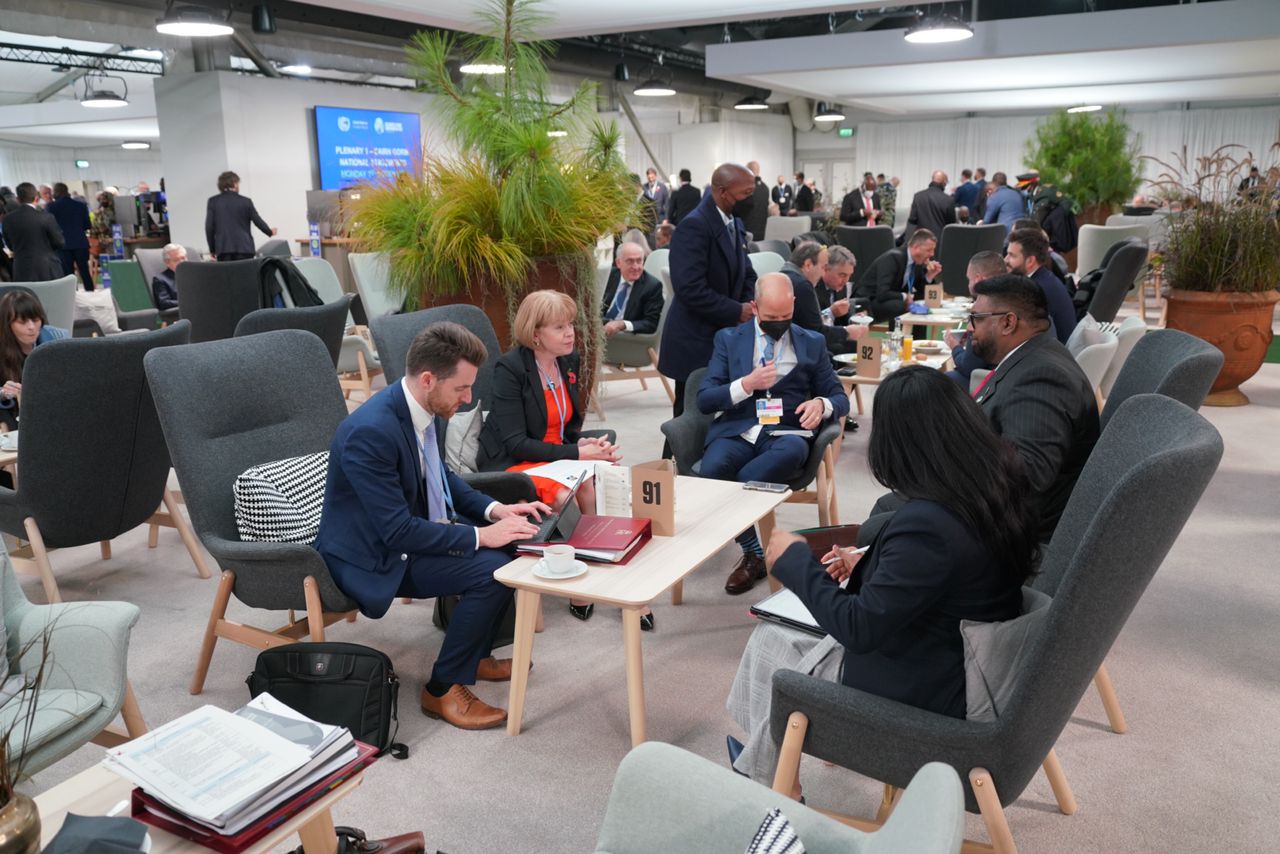 The Guyanese Head of State, who is in Glasgow, Scotland for the 26 United Nations Climate Change Conference of the Parties (COP26), informed Morton, who is the Parliamentary Under-Secretary of State, of Guyana’s expanded Low Carbon Development Strategy (LCDS) that was launched last week for national consultation.

President Ali emphasised the value of the country’s standing forests and his Government’s quest to enhance the livelihoods of its citizens with new opportunities.

He also highlighted the current woes faced by Small Island Developing States (SIDS); he lobbied for a multidimensional vulnerability index (MVI) fund and for developing countries to not only fulfil their current pledges but also state how they intend to do so.

The President underscored the climate emergency and the need to function as a collective unit.  With that in mind, he also spoke of the desire by many to restructure existing loans to help countries not only bounce back on their feet but to satisfy commitments to climate change.

President Ali and the UK official also discussed the impact of the Covid-19 pandemic and the need to reprioritise finances to deal with issues such as education regression.

In turn, Morton enquired about Guyana’s plan regarding its Nationally Determined Contributions (NDC) and said she was interested in improving trade relations between the two countries.

The Guyanese President reminded the Parliamentary Under-Secretary of State that Guyana has already demonstrated its commitment to fighting climate change.  He listed several projects as examples, including the country’s pursuit of renewable energy by way of the Amaila Falls Hydro project.