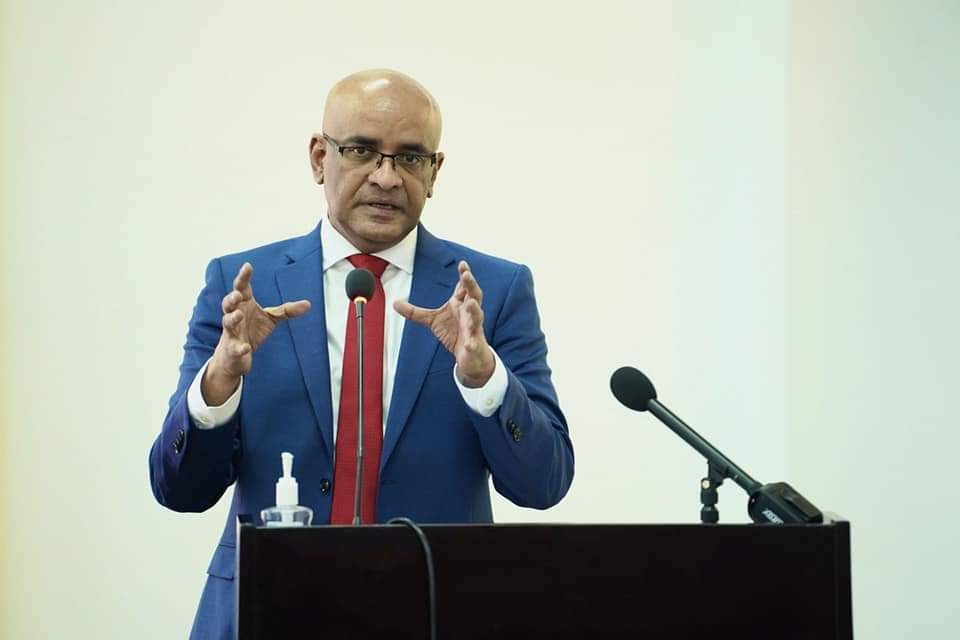 –Key stakeholders engaged in the process

Georgetown, Guyana – (October 13, 2021)  THE Office of the President on Monday, October 11, convened a stakeholder engagement session to discuss the revision of Guyana’s Nationally Determined Contribution (NDC) to the United Nations Framework Convention on Climate Change (UNFCCC).

Under the UNFCCC and the Paris Agreement, countries are required to prepare and submit NDCs outlining their commitments to take action to address climate change.

NDCs are required to be updated every five years. Since Guyana’s first submission was made in 2016, a revision is now due.

Monday’s forum was attended by a wide range of stakeholders from civil society, Amerindian organisations, conservation organisations, the private sector, and Government Ministries and agencies who provided perspectives on climate change, Guyana’s efforts, and the NDC.

The political opposition was also invited and attended, but instead of participating in the discussions, proceeded to deliver a written submission attacking Government’s efforts on climate change, low carbon development and the NDC and thereafter staging a walkout from the meeting.

It should be recalled that in 2016, the then APNU+AFC Government submitted Guyana’s first NDC, committing Guyana to move to 100% renewable energy by 2025. No other country at that time and up to now has overextended itself to such a commitment; a situation that caused Guyana much embarrassment internationally and nationally then and up to now. Coupled with this, during the period up to 2020, there were no initiatives by the former APNU+AFC Coalition Government to achieve this overly ambitious target. Key energy projects inherited, which were initiated by the PPP/C Government, such as the Amaila Hydropower Project, were scuttled.

Monday’s engagement is one step in the process being undertaken by the Office of the President to revise the Intended Nationally Determined Contribution (INDC), taking into consideration current realities and the Government’s commitments to climate change and low carbon development. The focus will remain on key actions on adaptation to climate change and mitigation efforts, with particular emphasis on Guyana’s energy sector and forests.

A draft revised NDC will be put forward in the public domain for stakeholder review and inputs ahead of the UNFCCC, Climate Change Conference (COP26) scheduled from October 31 to November 12, 2021 in Glasgow, Scotland.

New culture of healthcare administration must be developed— President Ali