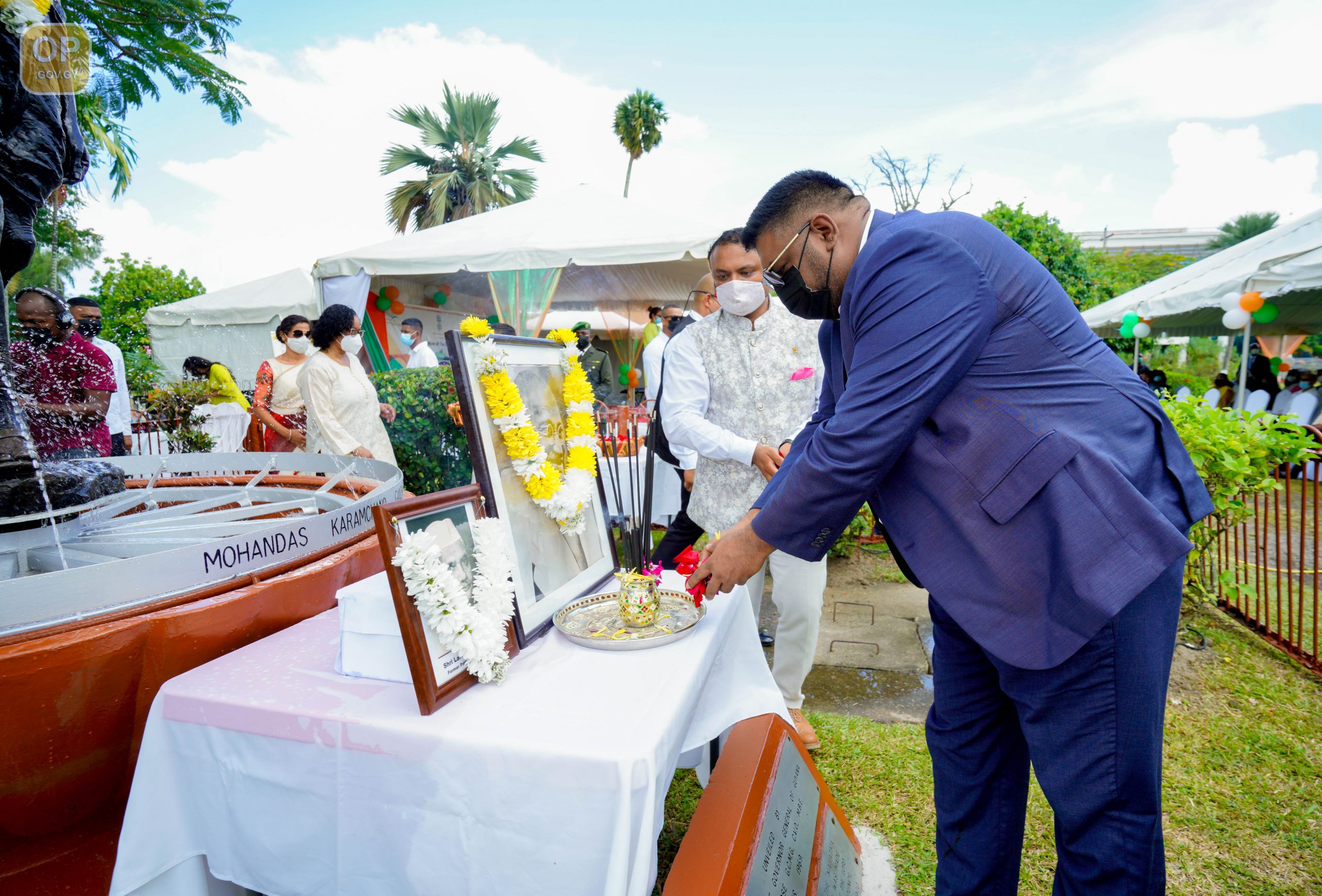 In remembering the iconic leader, who employed nonviolent resistance to lead a successful campaign for India’s Independence from British rule, the President called for more leaders to see the bigger picture the way Gandhi did, especially as it relates to vaccination distribution.

The President said that humanity has been overshadowed by the need for business.

“I asked a question recently, as global citizens are we truly equal? We cannot be truly equal if at one corner of the earth, vaccination is more important than at another corner of the earth. We cannot be truly equal if now our movement can be curtailed based on a vaccine you take, and the vaccine you take is as a result of necessity. Here in Guyana, we tried to get every single vaccine. Every single one of the vaccines we went after for the welfare of the people, and in the interest of the people, we moved with what we had first.”

President Ali said that he wanted to commend India’s Prime Minister Narendra Modi for his global outlook on the vaccination process.

This care for all mentality, according to the President, resulted in Gandhi’s philosophy, focusing on peace at an individual level to attain peace at the community level, and by extension, at the national level.

The Head of State said that ordinary people drive societal changes, and that is why there must always be wide consultation in the reform of the constitution.

The Head of State underscored the need for citizens to pay heed to their input or lack of input, since their decisions would have severe consequences on national development.

After the official programme, several commemorative postage stamps to honour the birth anniversary were also released.