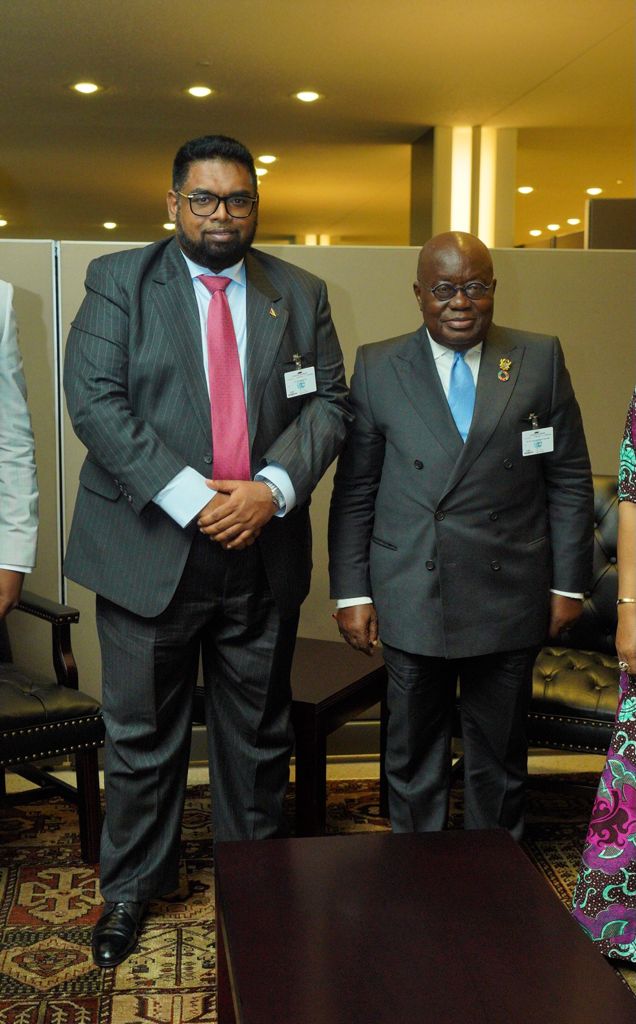 High on the agenda is a visit by a Guyanese delegation led by Vice President, the Honourable Dr Bharrat Jagdeo, to the West African nation in the first week of October to enhance cooperation between the two countries.

Today’s bilateral meeting between the two leaders took place at the United Nations Headquarters in New York City following the opening of the General Debate of the 76th United Nations General Assembly (UNGA).

The Presidents spoke about several matters of mutual interests, including oil and gas, climate change and the environment, capacity building and training.

Both leaders agreed that today’s meeting would enhance greater collaboration in addressing matters of common interests at the global level.

The Guyanese Head of State is expected to meet with several other world leaders and high-ranking members of international organisations while in New York for the UNGA this week.