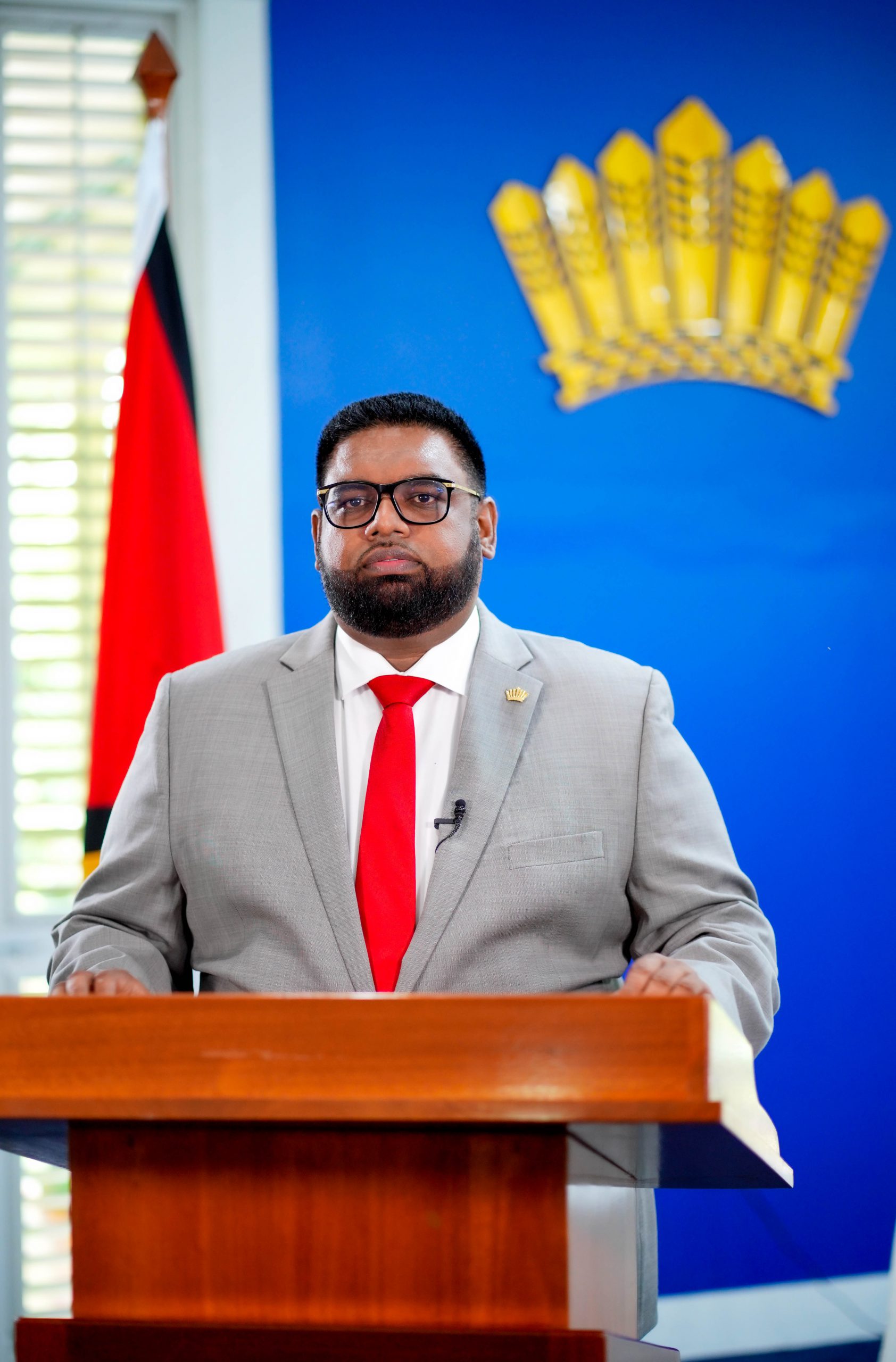 Georgetown, Guyana—(September 12, 2021) His Excellency Dr Irfaan Ali plans to formally notify heads of government in the region about the accord made between the Government of Venezuela and its opposition last week in Mexico City.

He told the media this afternoon that he would also inform the mediators of the meeting about the “controversial” accord.

The President is expected to brief CARICOM heads during a virtual Special Emergency Meeting on Monday morning; while he has also promised to update the Community of Latin American and Caribbean States (CELAC) during an upcoming meeting in Mexico and the United Nations, via its Secretary General António Guterres.

During the meeting last Monday, the opposing Venezuelan politicians agreed to press their long-standing claim over Essequibo.

The Government of Guyana, through the Ministry of Foreign Affairs issued a statement on Tuesday, September 7, stating that the agreement “is an overt threat to the sovereignty and territorial integrity of Guyana,” and that “Guyana cannot be used as an altar of sacrifice for settlement of Venezuela’s internal political differences” since the matter is with the pertinent authority.

The International Court of Justice (ICJ) ruled last December that it has jurisdiction to decide Guyana’s claim against Venezuela that the boundary between the two States was fixed in an 1899 Arbitral Award.

Venezuela is opposed to the ICJ and its ruling.

Guyana is however seeking to obtain a final and binding judgement that will clearly state that the Essequibo region is indisputably part of this country.

President Ali today said that the ruling is the law, and that Guyana would see it through.  “We have embraced that route, which is the ICJ and we’re committed to that route. That route is the rule of law and that is where the matter resides, not in any sideshow or any other engagement.”

The President said that the countries that arranged the meeting to resolve Venezuela’s internal issues, should understand that the controversial agreement is anything but internal.

“The controversy that exists on the border has nothing to do with their internal issues and it has already been determined where that issue would be settled, and it’s the ICJ, what we can ask those countries (the mediators of last week’s meeting) to do, is to encourage Venezuela to participate and be active with the ICJ.”

Education opportunities will be enormous for youths and women—President Ali