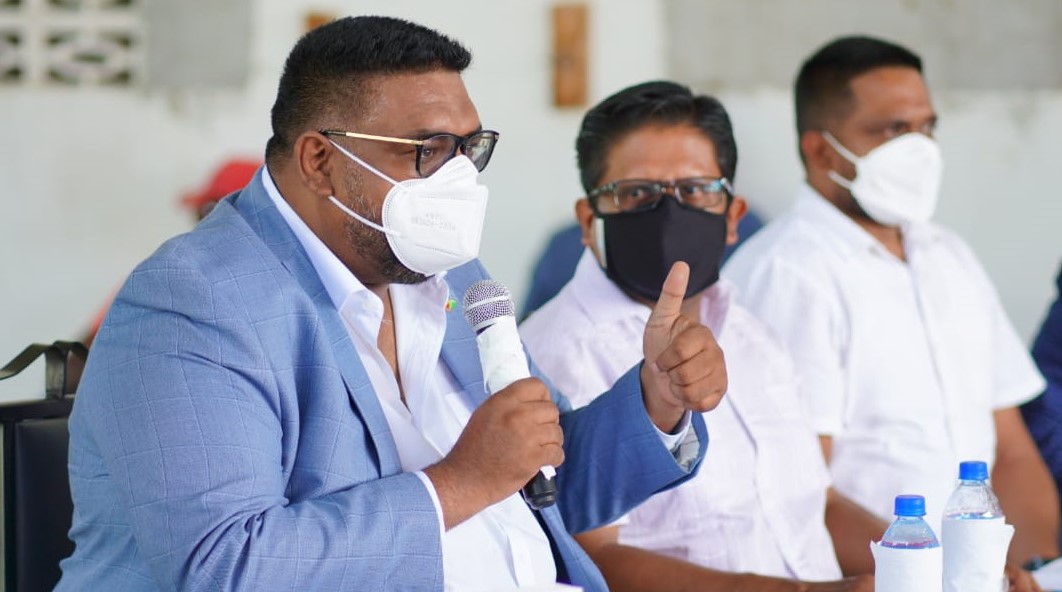 Anna Regina, Essequibo—(September 10, 2021) His Excellency Dr Irfaan Ali today made it clear that Guyana would not be the sacrificial lamb in any negotiations between the Government of Venezuela and its political Opposition over claims of Essequibo.

He told residents from Region Two in Essequibo that his Government will continue to respect the rule of law and follow the correct procedure through the International Court of Justice (ICJ).

The ICJ ruled last December that it has jurisdiction to decide Guyana’s claim against Venezuela that the boundary between the two States was fixed in an 1899 Arbitral Award.

Guyana is seeking to obtain a final and binding judgement that will clearly state that the Essequibo region is indisputably part of this country.

Venezuela has been opposed to the ICJ and its ruling and on Monday during a meeting between its Opposition and Government in Mexico City, they agreed that their country has a claim over Guyana’s Essequibo region.

The President said that his Government will focus on the rule of law and continue to respect it.

The President noted that Guyana is committed to living peacefully with all of its neighbours and to strengthen the relationships will them all, but it must be reciprocated.