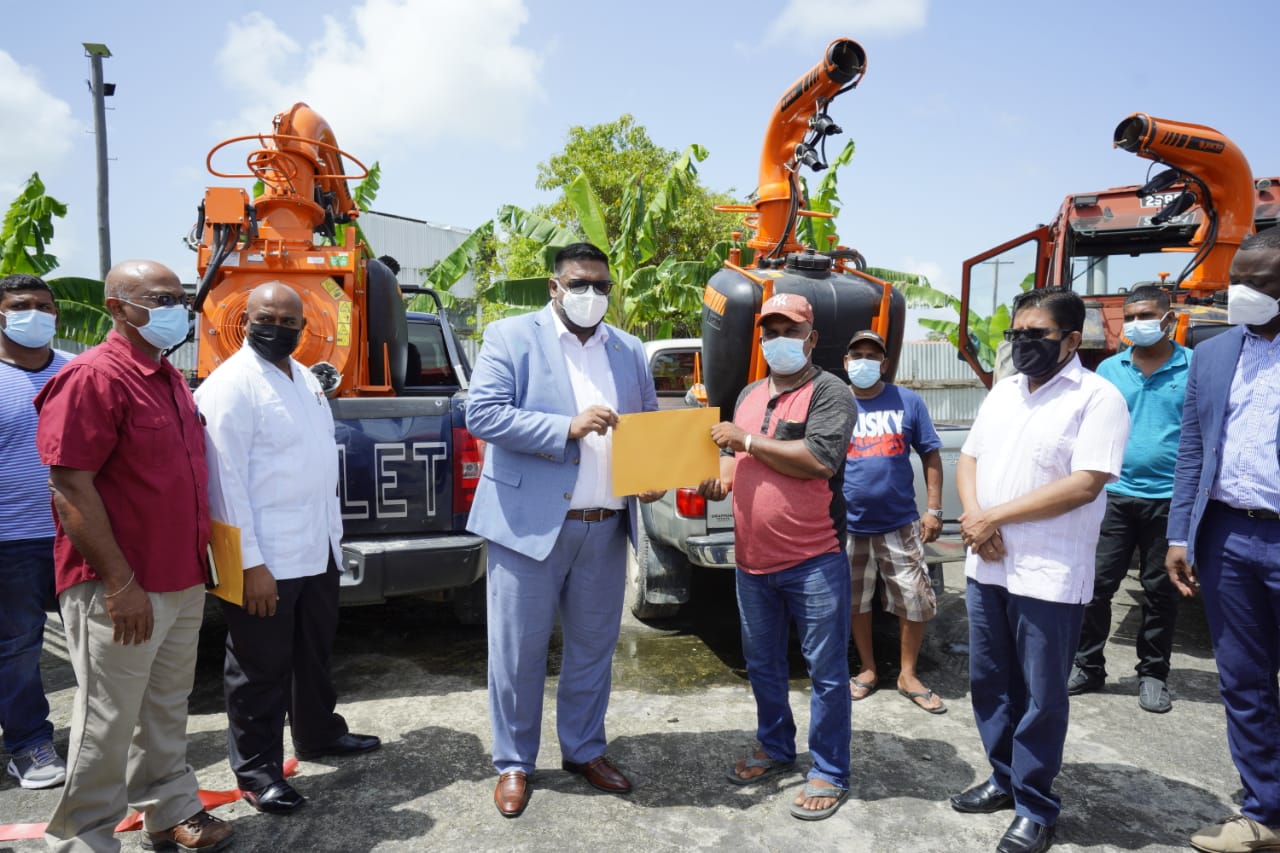 Anna Regina, Essequibo—(September 10, 2021) His Excellency Dr Irfaan Ali today said that his Government is moving to develop 25 acres of land to be utilised exclusively for cash crop production in Region Two (Pomeroon-Supenaam).

The President told farmers from the region at the Guyana Rice Producers Association (GRPA) bond in Anna Regina that expanding the scale of cash crop production is a priority of his Government.

The Head of State had open discussions with scores of farmers, where issues relating to drainage and irrigation, improvement to agriculture production, land taxes, road works, flood relief, as well as easier access to Government services were discussed.

The President highlighted that $46M was allocated to conduct drainage and irrigation works in over 200 acres of farmland in the Manakuru area. He promised the residents that the work will be expedited.

Concerns were raised about the poor condition of farm-to-market roads.  At their request, the President told the farmers that he would discuss with the relevant authorities in his Government about the possible acquisition of a new grader and bulldozer next year.

President Ali also presented five boom sprayers, which will be used to control the paddy bug infestations in hot spot areas within the region.

Following the lengthy discussions, the President said that a strategic plan will be devised to support and resolve the issues plaguing Region Two farmers.