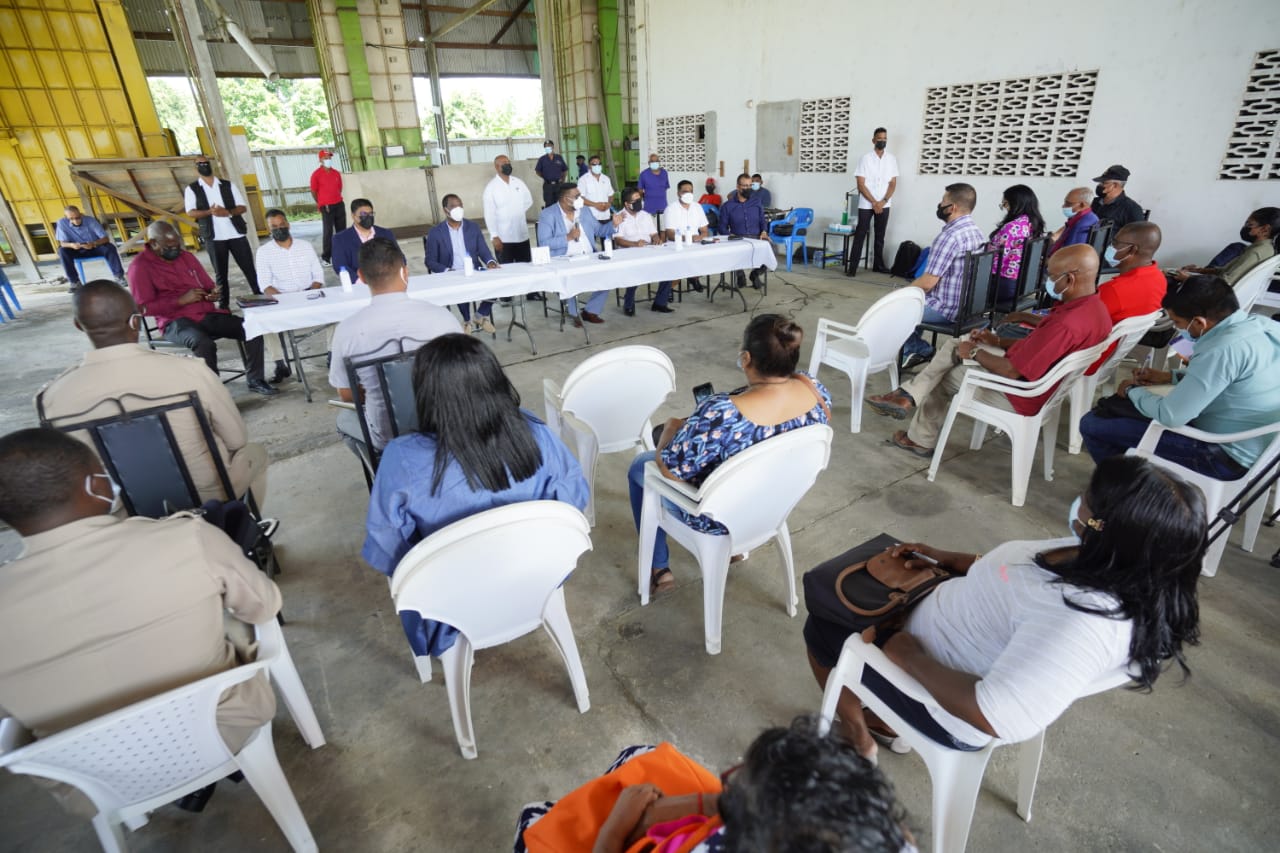 Anna Regina, Essequibo—(September 10, 2021) His Excellency Dr Irfaan Ali said that discussions stemming from his meeting with farmers from across Region Two (Pomeroon-Supenaam) would be developed into an agenda of action to be implemented in the near future.
The President made this disclosure at the start of a meeting with farmers at the Guyana Rice Producers Association (GRPA) bond in Anna Regina today.
Additionally, President Ali explained that the meeting is also geared at identifying key priority areas that require further investments to stimulate the agriculture sector, mainly in the production of rice.
“The next two days, we will be exclusively at your service in Region Two. We are your servants. We are here to listen to you and to communicate to you some of the things we’ve done and about the plans we have.”
The Head of State brought his team of Cabinet Ministers, various Members of Parliament and a large technical team from several ministries to the region as part of a two-day cabinet outreach.
He said that the large team will assist in analysing the Region from a holistic standpoint.
The President also pointed out that the objective of the outreach is to hear about the issues that are important to the residents.
Cabinet outreaches have been a hallmark of successive PPP/C administrations in keeping with the ruling party’s philosophy of people-centred governance that engages directly with citizens in their respective communities.
Also at the meeting are Prime Minister, Brigadier (Ret’d), the Honourable Mark Phillips; Senior Minister within the Office of the President with responsibility for Finance, the Honourable Dr Ashni Singh; Minister of Foreign Affairs and International Cooperation, the Honourable Hugh Todd; Minister of Local Government and Regional Development, the Honourable Nigel Dharamlall; Chief of Staff of the Guyana Defence Force, Brigadier Godfrey Bess; Acting Commissioner of Police, Mr Nigel Hoppie and National Security Advisor, Captain Gerry Gouveia.