The framework has been set for ‘fruitful’ bilateral discussions – President Ali 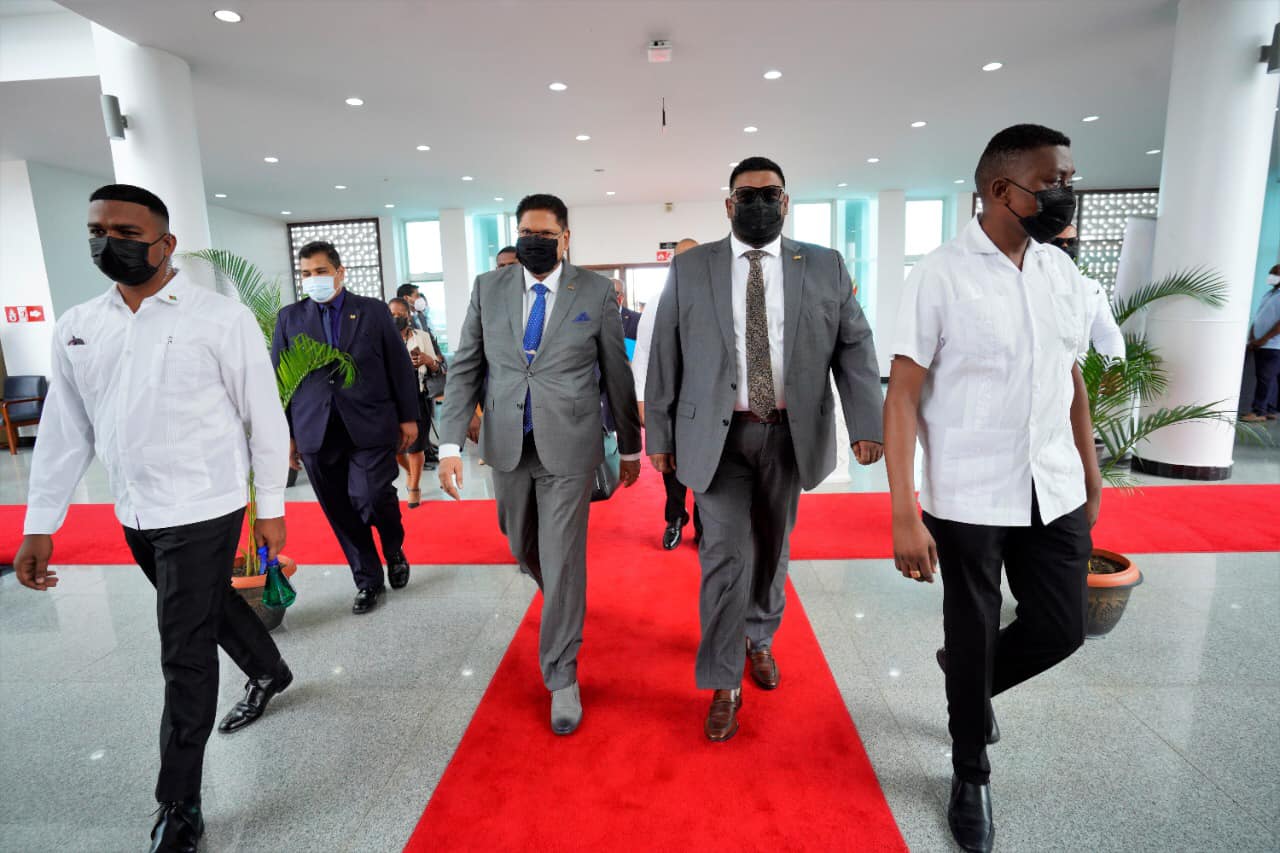 Georgetown, Guyana—(August 18, 2021) His Excellency Dr Irfaan Ali and Surinamese President, His Excellency Chandrikapersad Santokhi and Government officials from both sides are scheduled for talks from this morning.

The Presidents and their Foreign Affairs Ministers have already engaged in early morning discussions, while all the visiting officials are expected to meet with their counterparts later in the morning for a plenary session.

On Tuesday evening, at a cocktail and informal dinner reception, the two Presidents briefly met.

In an invited comment, President Ali pointed out that he was happy for the informal session and said that he was anticipating productive meetings.

“We have a very elaborate agenda we’re working on. One that covers many areas: infrastructure, trade, agriculture, oil and gas, collaborations and finding ways in which we can enhance the prospects of both economies, and even looking at ways the economies can integrate, be more competitive and bring more opportunities to the people of both countries.”

President Ali said that he was also pleased with the fact that representatives from both members of the Guyana and Suriname private sector were able to make the initial connection, which will enhance their opportunities to interact during the next few days.

“And we, as leaders, have to facilitate that by creating the right environment, the right policy mix that would ensure that the private sectors [of both countries] are the real engines and drivers of growth and development. So I think the framework has been set for a very productive and fruitful couple of days in which I’m sure many decisions will be made in the interest of the people of both countries.”

The President assured that both Heads of State will continue to collaborate for the economic, social upliftment and the development of the citizens from both countries.