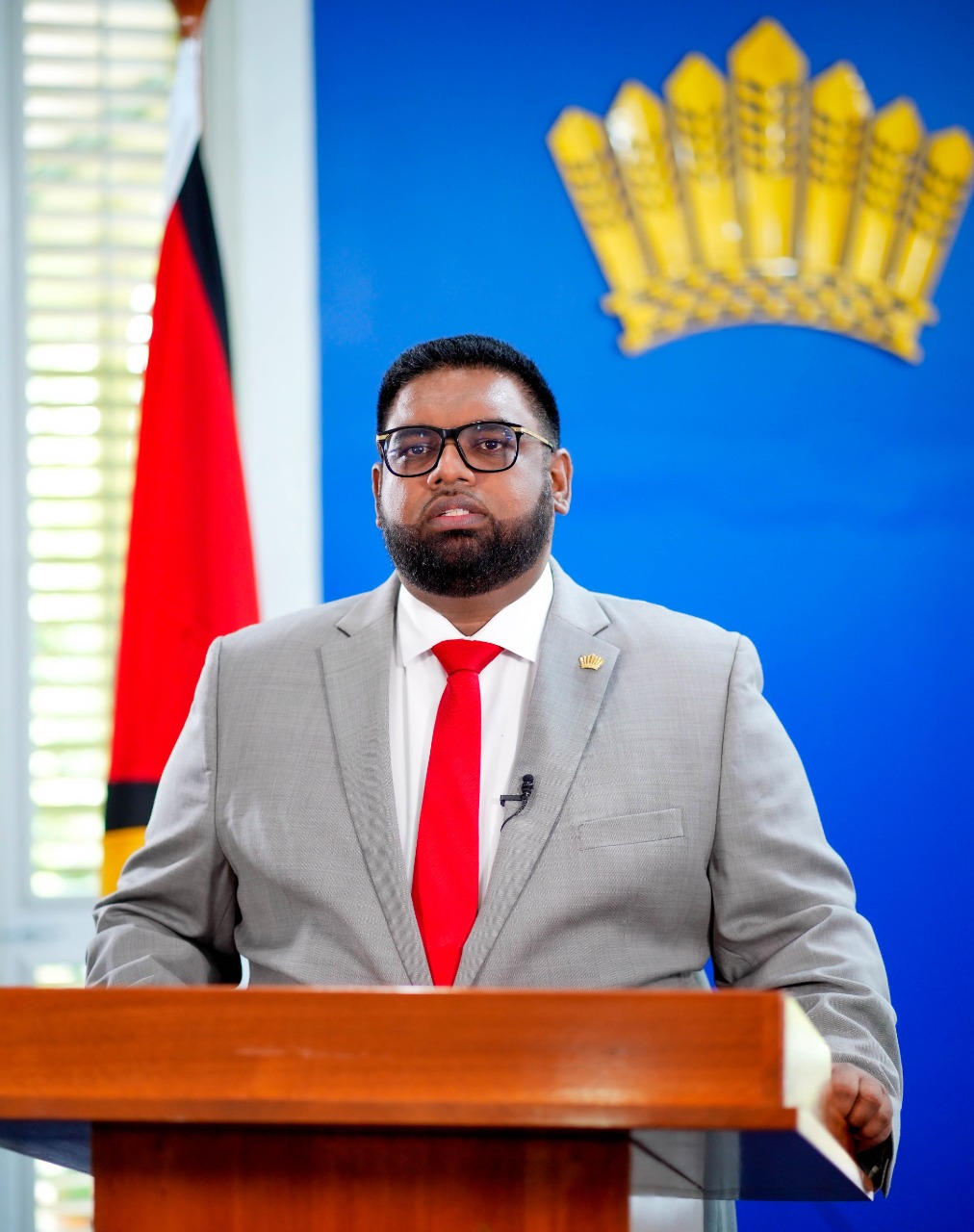 Georgetown, Guyana—(August 17, 2021) His Excellency Dr Irfaan Ali has announced over $2.6B in relief measures for ordinary Guyanese.

These measures are expected to target pensioners, persons who collect public assistance and Guyanese who consume no more than 75 kilowatt-hours of electricity per month.

The measures are added to a range of other benefits that were introduced by the Government since taking office last August.

According to President Ali, the measures are geared to helping ordinary Guyanese throughout these difficult times.

The announcement included three separate measures, including $25,000—an additional one-month payment for pensioners, which will benefit more than 65,000 Guyanese. According to the President, this will amount to some $1.6B in disposable income.

President Ali also stated that public assistance recipients and persons with disabilities will benefit from an additional $25,000. He said that this would place over $600M of additional income into their pockets.

Thirdly, an electricity credit will be paid to GPL on behalf of households consuming not more than 75 kilowatt-hours per month. The credit to each household will be equivalent to one month of their electricity bill, and will inject more than $200 million of disposable income to more than 40,000 households.

The President also announced that the pay-out package of $7.8B that was announced for farmers and households affected by the May-June flooding will start later in the week.

A YEAR OF SUPPORT

Through the 2020 and 2021 budgets, the Government has implemented a number of measures to help ease the burden on ordinary Guyanese, including the removal of the Value-Added Tax (VAT) on water and electricity, as well as on basic food items, basic household necessities, and on medical and educational supplies.

The PPP/C Government has also reduced water tariffs by five percent, and reduced by 50 percent licence fees that had been increased since 2014.

Old age pension was also raised from $20,500 monthly to $25,000 monthly, while public assistance was raised from $9,000 to $12,000.  According to the President, these two measures alone have injected an additional $4.5B in income support to these vulnerable groups.

The Government has also made homeownership and home construction more affordable by removing the VAT on basic construction materials while increasing the ceilings on low-income mortgage loans from $8M to $12M and on loans granted by the New Building Society from $12M to $15M, and doubling the ceiling on loans eligible for mortgage interest relief from $15M to $30M.

The cost of connectivity has also been reduced by the Ali Administration, with VAT being removed from data for residential and individual use and on cellular phones.

Along with the pay-out for those affected by flooding, the President last week announced a cap on the freight charges used to calculate taxes on important, amounting to some $4.8B in savings for consumers and businesses.

The President, who has promised to be a President for all Guyanese and who said that throughout his time in office, he would fight to enhance the lives of all, added that the aim is to continue to bring relief measures to Guyanese.

“I say to you that we remain committed and that in the coming months, we will continue to work to make your lives easier…

The President added that the Government will continue to find ways to make Guyanese “more prosperous” and to deliver “a life that is fulfilling and satisfying”.