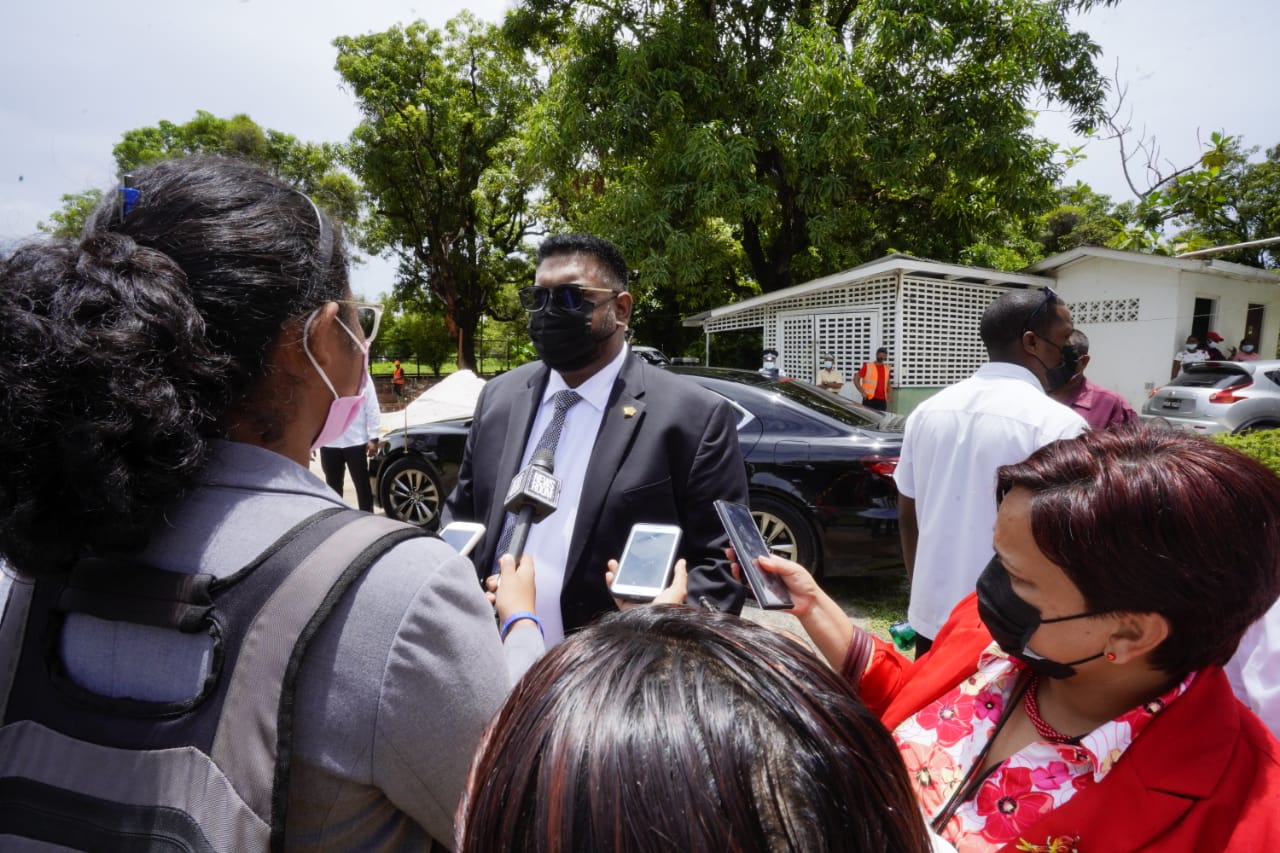 Georgetown, Guyana—(August 16, 2021) His Excellency Dr Irfaan Ali labelled the protest staged in New York, USA, on Sunday as deceitful and dishonest since it was filled with lies, hate and race-baiting, but promised that it would not distract him from working hard for all Guyanese.

The Head of State made this statement in response to questions raised by the media on the sidelines of an event held this morning at Cove and John on the East Coast of Demerara.

“I think that it is very deceitful, dishonourable and obstructionist that people would go to the extent that they went in telling lies;  that the grant, the COVID grant, was not given to all the villages and all the people, that there’s discrimination in the education grant that’s been shared out.”

The President also expressed his disappointment with the level of desperation that was evident.

The President said that while persons continue to fabricate stories, his job remains focused on enhancing the lives of all Guyanese.

Among the speakers at the rally held in New York on Sunday were opposition Members of Parliament, the Mayor of Georgetown and Congressman Hakeem Jeffries.

In a statement released in the wake of the rally yesterday, the Office of the Prime Minister noted “the numerous malicious and false claims made by several Members of Parliament, Regional representatives and other persons associated with the A Partnership for National Unity (APNU) political party.”

With regards to the comments made by Jeffries, the statement added, “Further, we note the remarks made by Congressman Hakeem Jeffries, and find them to be quite appalling. We are disappointed that the Congressman has allowed himself to be negatively influenced by individuals who are adamant in destroying our beautiful country by instigating violence and division amongst our people”.

Asked whether he would be open to an engagement or discussions with Congressman Jeffries, President Ali said that while he is open to all engagements, the Congressman’s actions need to be examined.

“I am open to engagement with anyone, but when someone who professes to be credible in the face of what the OAS would say, in the face of what the EU would say, Canada, the US, the Carter Center, and still envelopes himself in the lies and the deception and the hate that went on there, then I think that a serious examination or re-examination is needed as to what the motive was.”