Menu of measures being considered to further help Guyanese—President Ali 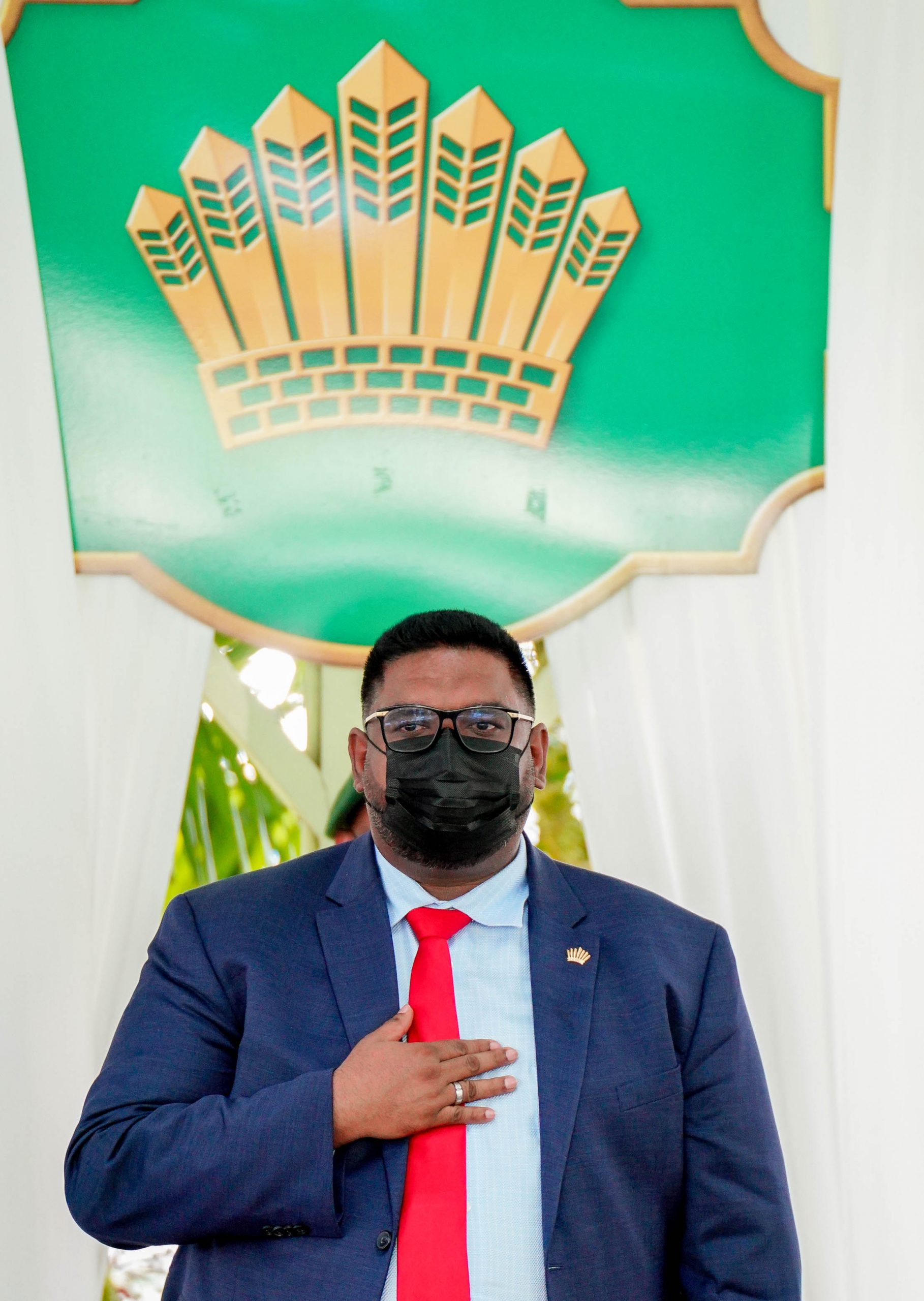 Georgetown, Guyana— (July 22, 2021) His Excellency Dr Irfaan Ali today said that his Government is monitoring the increase in the cost of living due to the pandemic and the destruction caused by the recent floods and will devise ways to further help Guyanese, especially those affected by the flooding.

President Ali said that a “menu of measures” are being considered to bolster plans already in place or in the pipeline, but that they will be dependent on revenue flow and the position of the economy.

“I want to assure the Guyanese people that once the fiscal space is found, that we have no hesitation in bringing more help.”

The President, who was speaking to the media after a Guyana Defence Force Instruments of Commission and State Warrants presentation ceremony at State House, said that the flood assessment is almost completed.  He noted that the Caribbean Disaster Emergency Management Agency (CDEMA) team has done its assessment and that the Government will also try to get a socio-economic impact assessment done.

The President described the scale of the flooding as enormous and mentioned that it did not only severely affected Guyana, but Suriname and parts of Brazil also.

The Head of State noted that his Government is trying to cushion the economic impact on Guyanese through its social programmes.

He made reference to the Government’s ‘Because We Care’ and the Uniform and Supplies cash grants currently available for parents of public school students and stated that an assessment is being done on the possibility of extending the grants to students of private schools.

According to the President, his Government will continue to work to cushion the effects of the flooding, which he said has affected a “great quantum” of our productive capacity in the agricultural sector and in food production.

In addition to this, the Government is also vaccinating Guyanese against the deadly Covid-19 virus to save lives, while mitigating the economic effects of the pandemic, which has increased costs at varying levels.