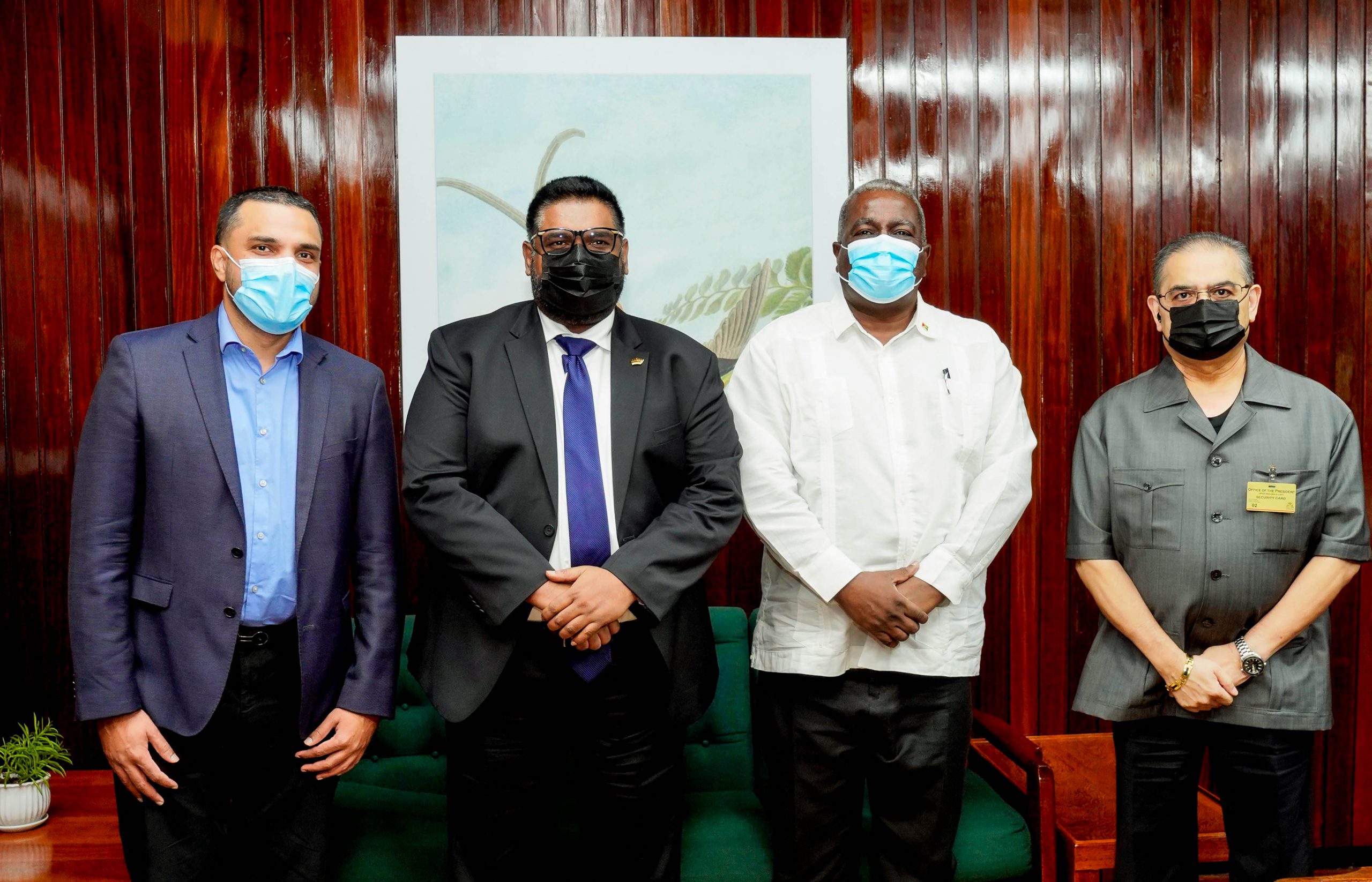 Georgetown, Guyana— (July 20, 2021) His Excellency Dr Mohamed Irfaan Ali said that the E-Networks’ Submarine Cable is a significant development for Essequibo and that it will create numerous opportunities for socio-economic development, job creation and wealth generation in the county.

The Head of State made these remarks during a brief meeting with E-Networks’ Chairman Mr Rakesh Puri, CEO Mr Vishok Persaud and Prime Minister, Brigadier (Ret’d) the Honourable Mark Phillips earlier today at the Office of the President.

President Ali applauded E-Networks’ achievement and noted that the project aligns with the Government’s national development agenda, which aims to create jobs and generate wealth for all citizens across Guyana.

He said that “this improved connectivity in Essequibo enables the region to support advanced technologies, allowing for the establishment of new ICT businesses in the region, such as call centres, which will offer employment to hundreds, if not thousands, of Guyanese”.

Prime Minister Phillips also commended E-Networks for its commitment to the development of the telecommunications sector and its progressive contributions to liberalisation by expanding its services.

The Prime Minister encouraged the company to ensure that the hinterland and rural areas do not escape its attention as the Government is focused on connecting everyone.

During the visit, Mr Puri and Mr Persaud provided key updates to the President and Prime Minister on E-Networks’ investments and expansion plans, including landing Essequibo’s first submarine cable.

In his remarks, Mr Puri reiterated that President Ali’s call to improve connectivity in Essequibo was the motivation for making the large ICT investment just nine months after the liberalisation of the telecommunication sector.

He also expressed that E-Network is “a 100% Guyanese-owned company” and is committed to extending its services to Guyanese across the country.

Flags to be flown half-staff