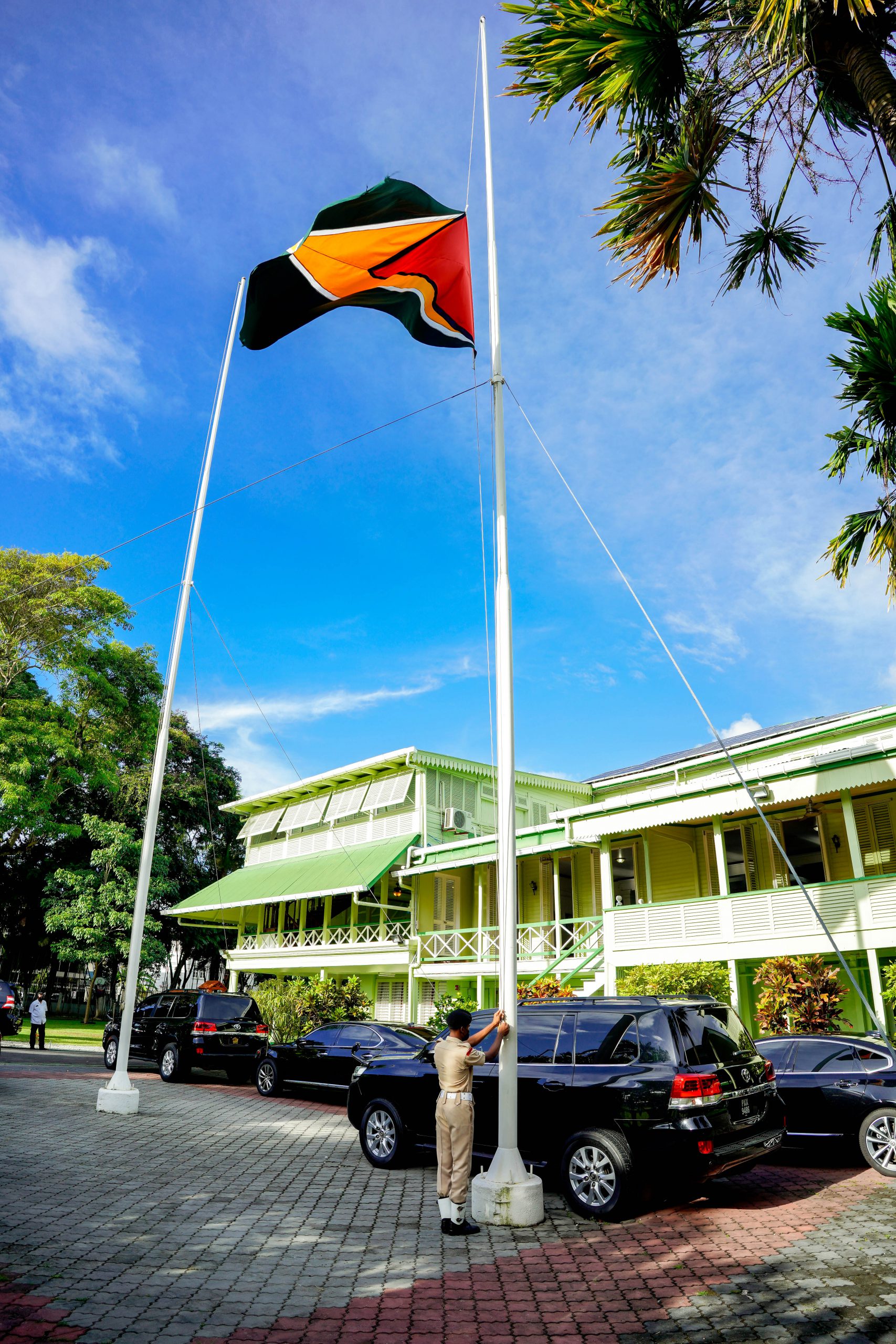 Georgetown, Guyana (July 7, 2021) His Excellency, Dr Mohamed Irfaan Ali, President of the Cooperative Republic of Guyana, has declared that as a show of respect for the late President of Haiti, His Excellency Jovenel Moïse, national flags at all Government Ministries, Agencies, and Institutions, will be flown at half-staff. The Golden Arrowhead is to be flown at half-staff today, Thursday, Friday and on the day of the funeral of the late Head of State. That date is yet to be announced. Other CARICOM member states have agreed to do the same. President Moïse was assassinated in the early hours of Wednesday morning at his home. The Flag of Guyana is currently being flown at half-staff at the Office of the President and at the State House.