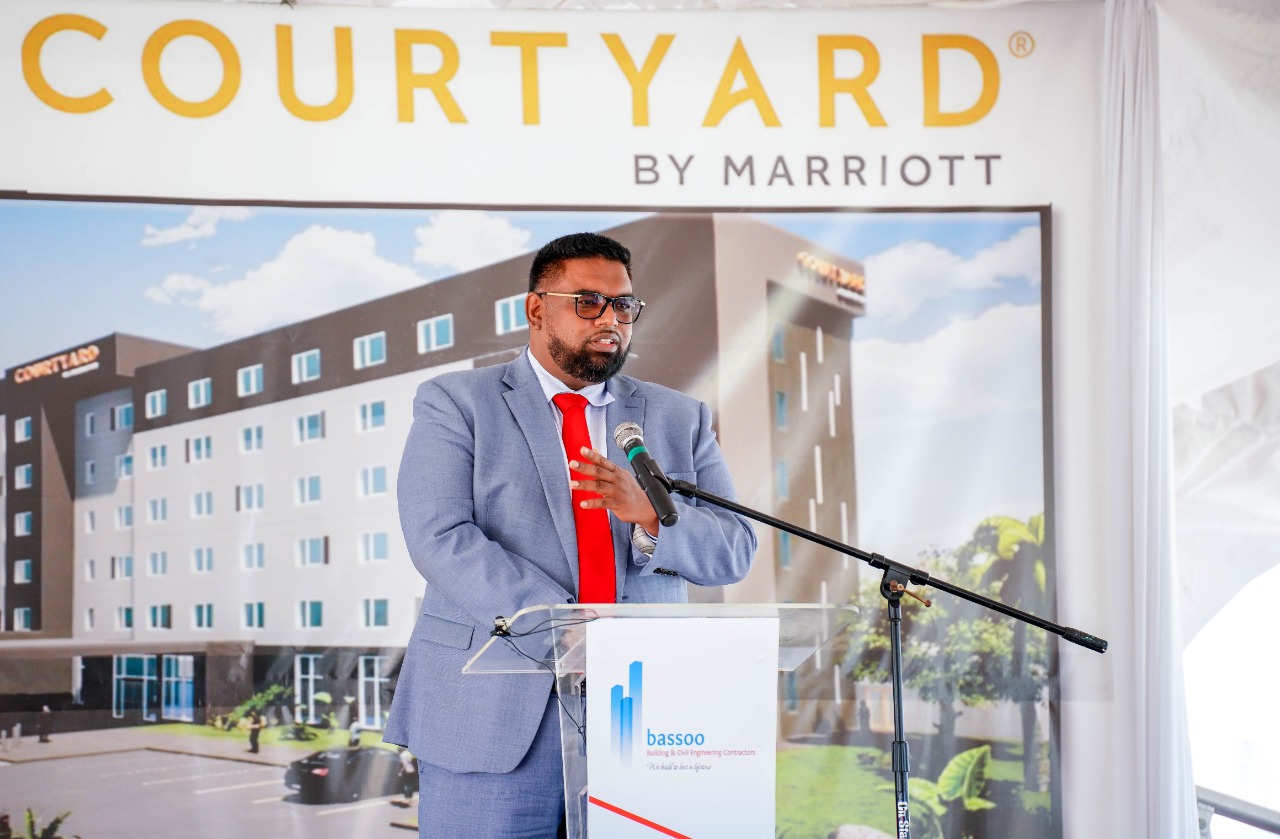 The Head of State made this disclosure during his address at the official Sod Turning Ceremony of the Courtyard by Marriott, which will be built within the Cheddi Jagan International Airport (CJIA) compound at Timehri.

He noted that this decision was taken at the most recent Cabinet meeting held yesterday.

“We have to invest so that the end result is the success of various projects and investments that is what is critical for us. We are not going to wait as a Government; we have made a decision too on sometimes loans that take too long—we are going to get the work started.”

As a result, he said that before the end of the year, the four-lane road from Mandela to Eccles will be completed, as well as the design, tender and hopefully awarding of the contract for the Eccles to Diamond bypass road, utilising local funds.

He added too that sometime in the second quarter of next year, the Government is hoping that the Ogle to Eccles leg of the new superhighway would also be completed before it continues onto Timehri.

President Ali emphasised that at every level, development must take place so that the success of investments can be realised.