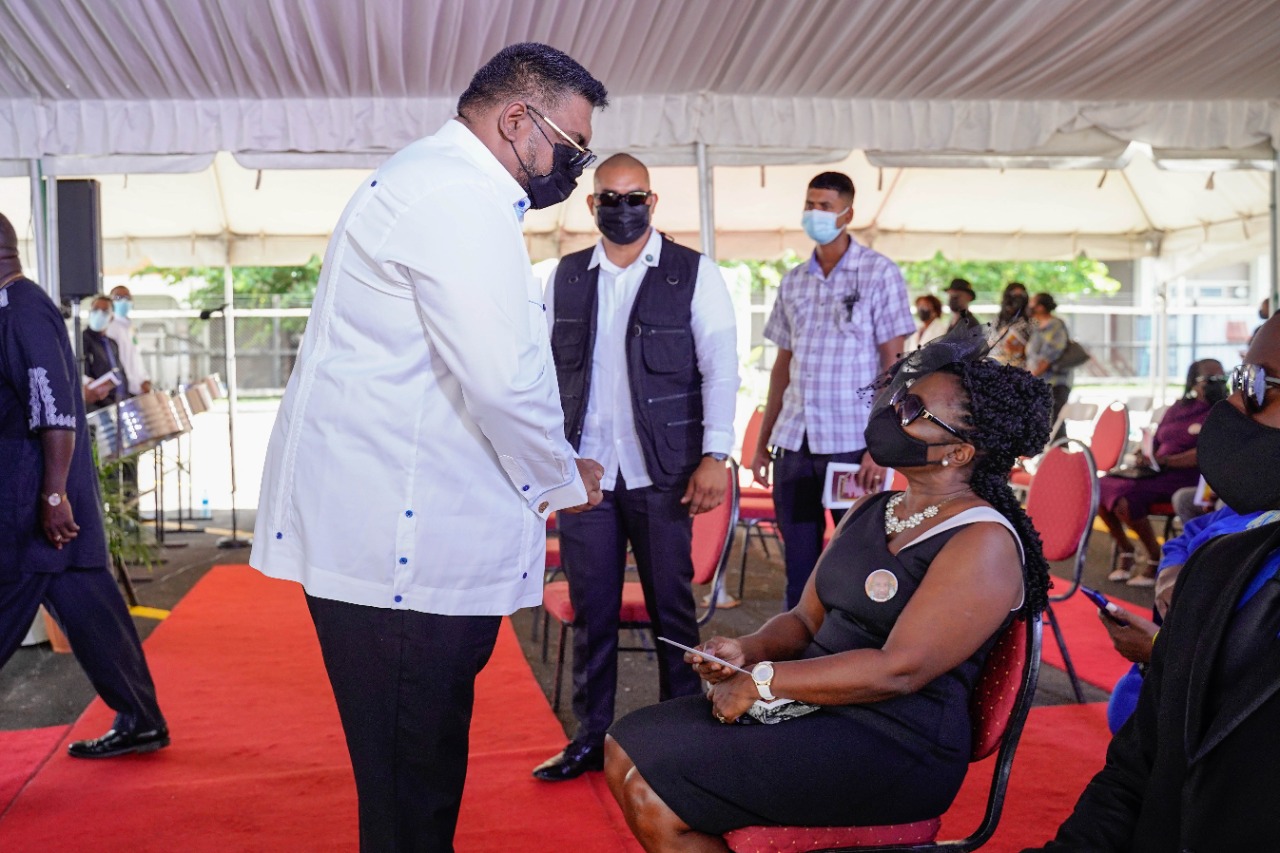 Georgetown, Guyana (June 24, 2021) His Excellency Dr Irfaan Ali said that the passing of Mr Lennox Albert Canterbury, who dedicated his life in service to his country, is a “great national loss”.

The Head of State made these remarks as he delivered a tribute to the former Director of the Mashramani Secretariat during his funeral service this morning at the National Cultural Centre tarmac.

President Ali joined friends and family members gathered to celebrate the life of their beloved friend, father, and husband.

President Ali recalled the close bond cultivated over the years, both professionally and personally, between him and “Canty”, as he is popularly known.

The Head of State had worked side by side with Mr Canterbury over the years during his tenure as Minister of Housing and Water and as Minister of Tourism, Industry and Commerce.

Mr Canterbury sat on organising committees for many national projects, including Building Expo, GuyExpo, Guyana Festival and Mashramani, among others.

He also recalled Mr Canterbury’s calm demeanour and his commitment to bringing out the best in situations. “Everything that seemed gloomy came out bright and beautiful”.

The President said too that Mr Canterbury’s legacy will live on as he took the time to nurture and impart his wealth of knowledge and experience to those that came after. In addition, he ensured the seamless continuity of projects in which he was integrally involved in planning. These projects include the 55th Independence activities as well as Guyana National Day celebrations at Expo2020, Dubai.

“That was a man who was fearless in sharing his ideas. You know, sometimes people guard their ideas and knowledge, not ‘Canty’.  For me, he was not an employee; he was much more than a public servant, he was a friend, a brother, someone who I admired, someone who I looked up to, someone who I am thankful I was able to meet and share time within my lifetime. I pray that his soul finds everlasting peace.”

President Ali expressed profound gratitude to Mr Canterbury’s wife Karen and his family members for giving him the latitude over the years to share his time, his talent and his love to Guyana and the people of Guyana.