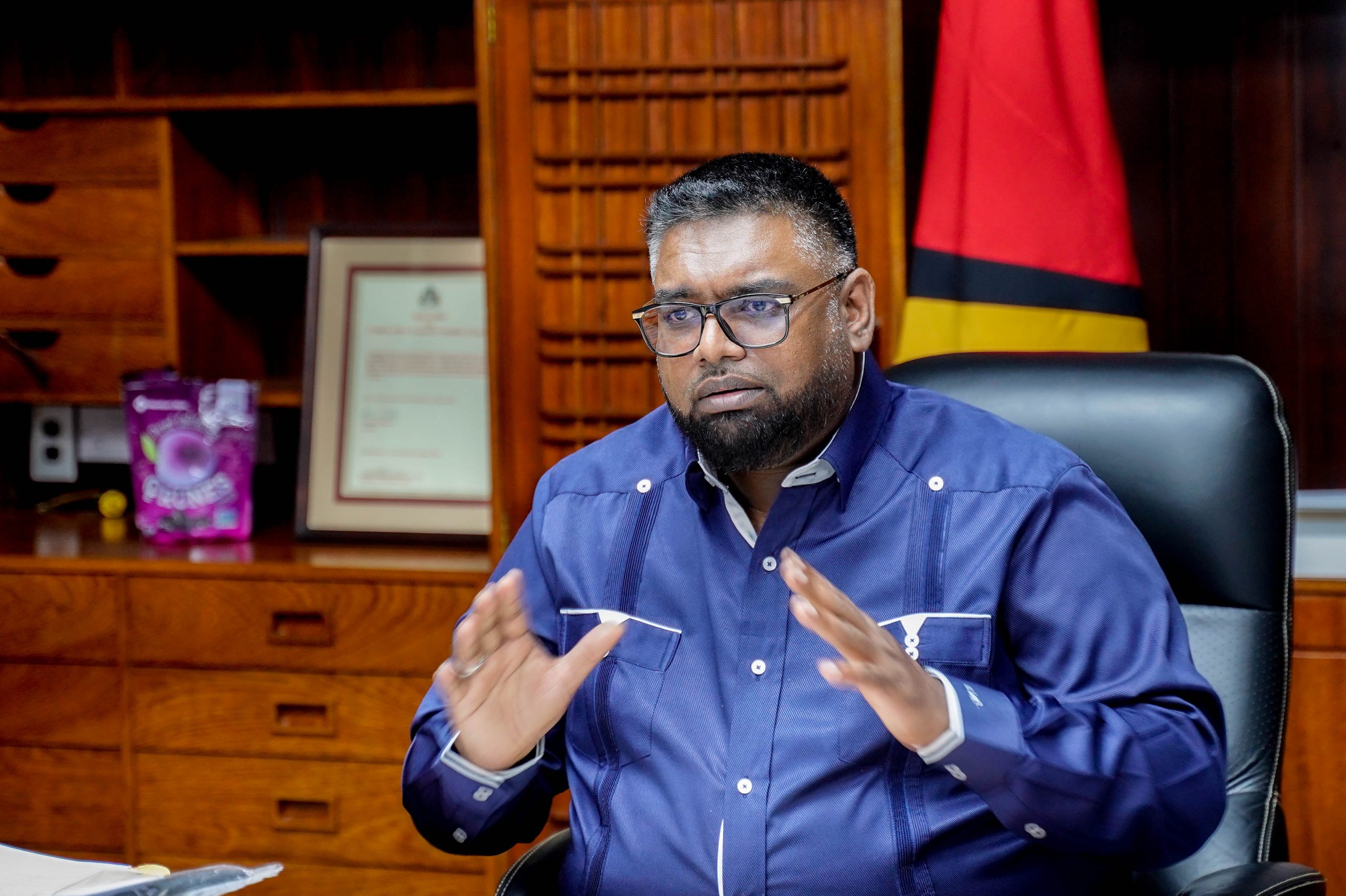 —Pleads with citizens to heed calls of health officials, scientists and to get vaccinated

Georgetown, Guyana (June 17, 2021) His Excellency Dr Irfaan Ali this afternoon said that a recent statement made by Opposition Leader Joseph Harmon, in relation to the Sputnik V vaccines was “shamefully reckless, selfish and against the interest of Guyana and Guyanese”.

In a press conference held earlier today, Harmon questioned the authenticity of the Sputnik V vaccines and called for them to be put on hold.

The Head of State in a special message this afternoon validated the vaccine and noted that Mr Harmon’s “self-serving” statements were harmful to the health of our citizens.

He was also appalled that Harmon would make such claims, especially since APNU/AFC’s Region 10 Vice Chairman Douglas Gittens passed away a few days ago from the deadly disease.

“This level of irresponsibility, this level of selfishness is beyond anything that a leader or someone who has prided himself with the values of leadership can demonstrate.”

The Head of State was also perplexed about Harmon’s duplicitous claims when he was fully vaccinated by Sputnik V.

“This is a man who shamefully tried to steal an election some months ago. This is a man who himself took the Sputnik vaccine. There is a limit to which one’s selfishness can boast, in this case, the limit must be to issue a statement that puts the lives of Guyanese families and communities at risk. That is what Mr Harmon has done.”

President Ali reiterated that his administration has been working around the clock to ensure that the population reaches herd immunity.  He said that they have explored all available avenues to save lives and to keep Guyanese out of harm’s way.

“On more than one occasion, I said to the Guyanese population that this Government is going to explore all avenues to ensure we get our people vaccinated. This is the only way we can get ahead of the curve and return Guyana to normalcy–and that position would not change. Every single manufacturer, developer, countries; whether it was for Pfizer, Moderna, Johnson and Johnson, AstraZeneca, Sputnik- we tried. We tried countries directly, we tried developers directly, we tried manufacturers directly, and we tried diplomatic channels. We tried every single thing and we continue to try every single day.”

He reminded of his announcement earlier this year, that Guyana was procuring the Sputnik V from the UAE at US$20 per dose and that the rationale then and now is the protection of Guyanese lives.

“There is no cost to protecting the lives of Guyanese and that is the only interest of the Government—that is my only interest.”

The Head of State explained that more than 74 countries across the world are using Sputnik. In addition, he said that the clinical data for Sputnik is already with the EU and WHO approving authorities.

“Countries all across the globe used Pfizer, Moderna, Johnson and Johnson, AstraZeneca, Sinopharm prior to the WHO approval. The UK used AstraZeneca before WHO approval. All the scientific literature tells you how important vaccination is. Countries are fighting desperately to get these vaccines. These vaccines are not easily procured. We have tried every single measure, and for Mr Harmon to try to discredit those efforts, for Mr Harmon to now try to dissuade Guyanese at this important public health juncture in our country, is reckless and shameful.”

The President also assured that every single shipment of Sputnik comes with batch numbers and serial numbers and before being administered they have to comply fully with the local regulatory approval system.

Further, on the vaccination cards, there are batch numbers and serial numbers that can be matched back to the manufacturer’s data.

The President also implored all Guyanese to get vaccinated to protect themselves and their families and not to be misled by the Opposition Leader’s irresponsible statements.

Globally, over 3.85 million people have died from Covid19.