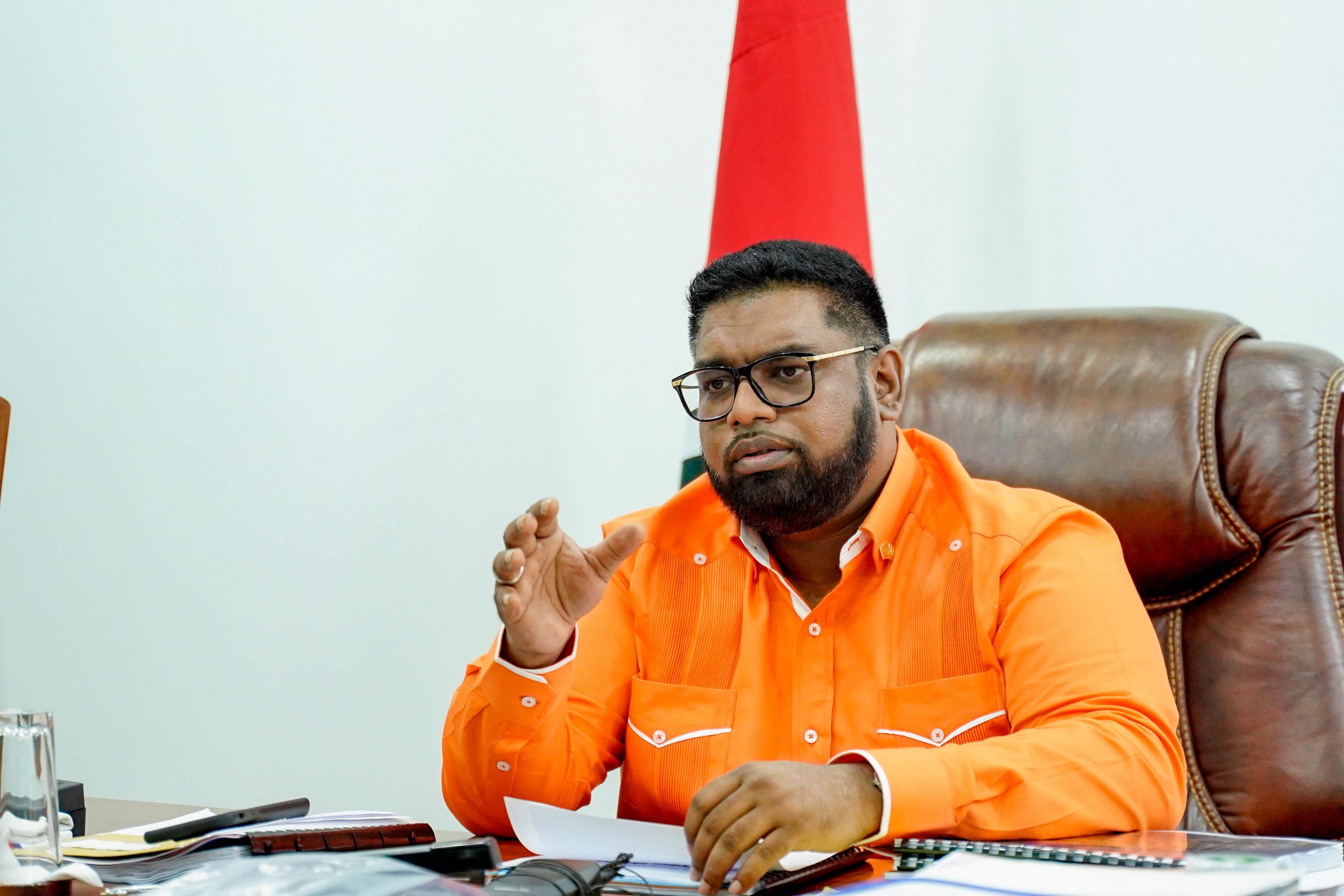 Georgetown, Guyana (May 25, 2021) His Excellency Dr Irfaan Ali said that while the welfare of the City remains paramount, Government will not allow itself to be used as a scapegoat when the M&CC fails in fulfilling its responsibility and mandate.

The Head of State made this assertion while responding to a recent statement made by Georgetown Mayor, Ubraj Narine in which he claimed that the President is starving the Mayor and City Council of resources.

“Let me be very clear, this Government cares tremendously about our city, but we will not allow ourselves to be used as a scapegoat in the city not fulfilling its responsibility and mandate or in the city converting everything into political opportunism or a political football. As President, we’re not going to allow the Mayor to get away with a statement like this.”

CENTRAL GOVERNMENT TO THE RESCUE

The President reiterated that whilst the city is not fulfilling its responsibilities in the maintenance of the environment and its infrastructure and the cleaning of drainage, Central Government has embarked on a massive programme to clean the city, to clean and maintain the roadways, establish roundabouts, and maintain drainage.

“We have invested in pumps to ensure, as far as possible, we have improved the drainage situation in the city to prevent flooding. These are the necessary investments because as a Government the city reflects who we are as a country too. But the mismanagement of the City Council cannot be passed on to Central Government. And we have to address this; we have to address this honestly.”

He pointed to the array of programmes already implemented to engage communities in the cleaning-up of various wards in the city, including South Georgetown, Sophia and Albouystown.

The President added too that the Government is fully committed to ensuring that City Hall is restored. “That is a project we have budgeted resources for in the budget and we are going to work on implementing.”

President Ali reminded that Central Government has a responsibility to ensure that resources are spent for what they are budgeted for and to ensure that there is accountability and transparency. He pointed to the discrepancies uncovered at City Hall over the years.

“In accordance with Section 177 of Chapter 28:01 of the Laws of Guyana, the Council is required to prepare accounts yearly and submit same for audit no later than four months after the end of the year. The Mayor and City Councilors of Georgetown has breached this provision and continues to do so.”

He added that as recent as March of 2021, a special audit commenced, and again similar issues were uncovered with regards to the National Insurance Scheme, Guyana Revenue Authority, and monies not paid over.

“All of these were issues highlighted, where transparency, accountability and clear violations and breaches we found, yet, Central Government continues to transfer resources to the city. But how long must we, as a people, and as a Government allow this blatant disregard for transparency and accountability, this blatant disregard for the rules and laws governing the financial accountability of the Mayor and City Council? There must come a time when things will come to a head and these things have to be fixed. We cannot continue this level of mismanagement.”

President Ali reiterated that while His Government is desirous of “nothing short of an excellent relationship with the city”, it will not be blamed for the City’s mismanagement nor will they disregard all of these discrepancies over the years and continue to transfer money blindly knowing of all of the irregularities.

“So, I just want to make it very, very clear, that we want a partnership for the development of the city, but we cannot allow the City Council to continue to blatantly disregard what is out there in terms of its responsibility and in terms of its fiduciary responsibility.  And we will not allow the Central Government to be used as a political football. Notwithstanding all of this, we are moving forward with a plan and programme to improve the welfare, well-being, living conditions, and standard of the people of the city and those who use the city and we are sparing no resources in achieving this.”