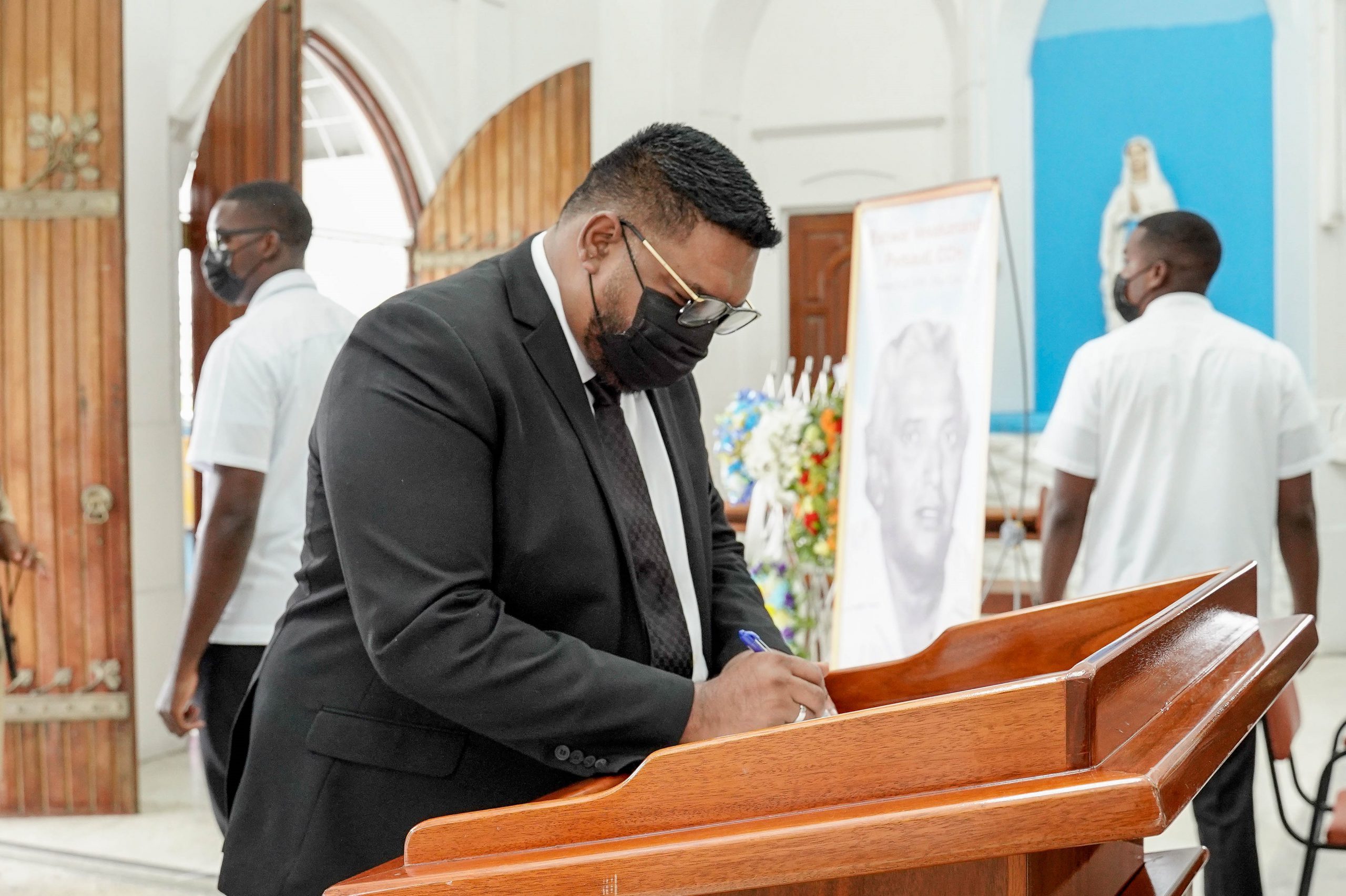 The Head of State made these remarks this morning during the home-going service for Mr Persaud, which was held at the Cathedral of the Immaculate Conception on Brickdam.

The President added that Uncle Vic leaves with us great examples of how to be a good public servant and a consummate professional.  He said that he was also a good husband, a good father, a good brother, and a good friend in his personal life. These characteristics, he noted, will not die but will forever live on.

PASSIONATE ABOUT HIS JOB

President Ali said he was humbled and honoured to have known Mr Persaud for over two decades.

The President said that Uncle Vic has always been passionate about his job, and in his most recent welcome, he made it clear that it was his honour to serve the presidents of the country.

The Head of State added that the longstanding public servant served his country with dedication, honesty and professionalism, and most importantly, with a sense of duty to the Office and the people of Guyana.

“To his family, his wife, his children, his sister, who I know played a very great role and all of his family; we thank you sincerely for sharing this great soul with us.  We thank you for allowing him to give up so much of his time in service to the people of our country and, indeed for his service to humanity.  For his selflessness, I am sure he will be going to the beautiful garden. And may his soul rest in peace.”

Tributes poured in from friends and family members and former colleagues, including Ambassador Ivan Evelyn, who all recalled Uncle Vic’s humour and good nature over the years. They echoed similar sentiments of it being a privilege to have known and worked with him.

Mr Persaud, who passed away on May 13 at the age of 82, has provided more than 60 unbroken years of exemplary public service as an Accountant, Foreign Service Officer and Chief of Protocol and Advisor on Protocol Affairs.

The funeral service was attended by various current and former Government officials and other prominent members of society, including former President Donald Ramotar and Minister of Home Affairs, the Honourable Robeson Benn.

After the home-going service, Mr Persaud’s body was taken to his hometown in Rose Hall, Berbice, for burial.