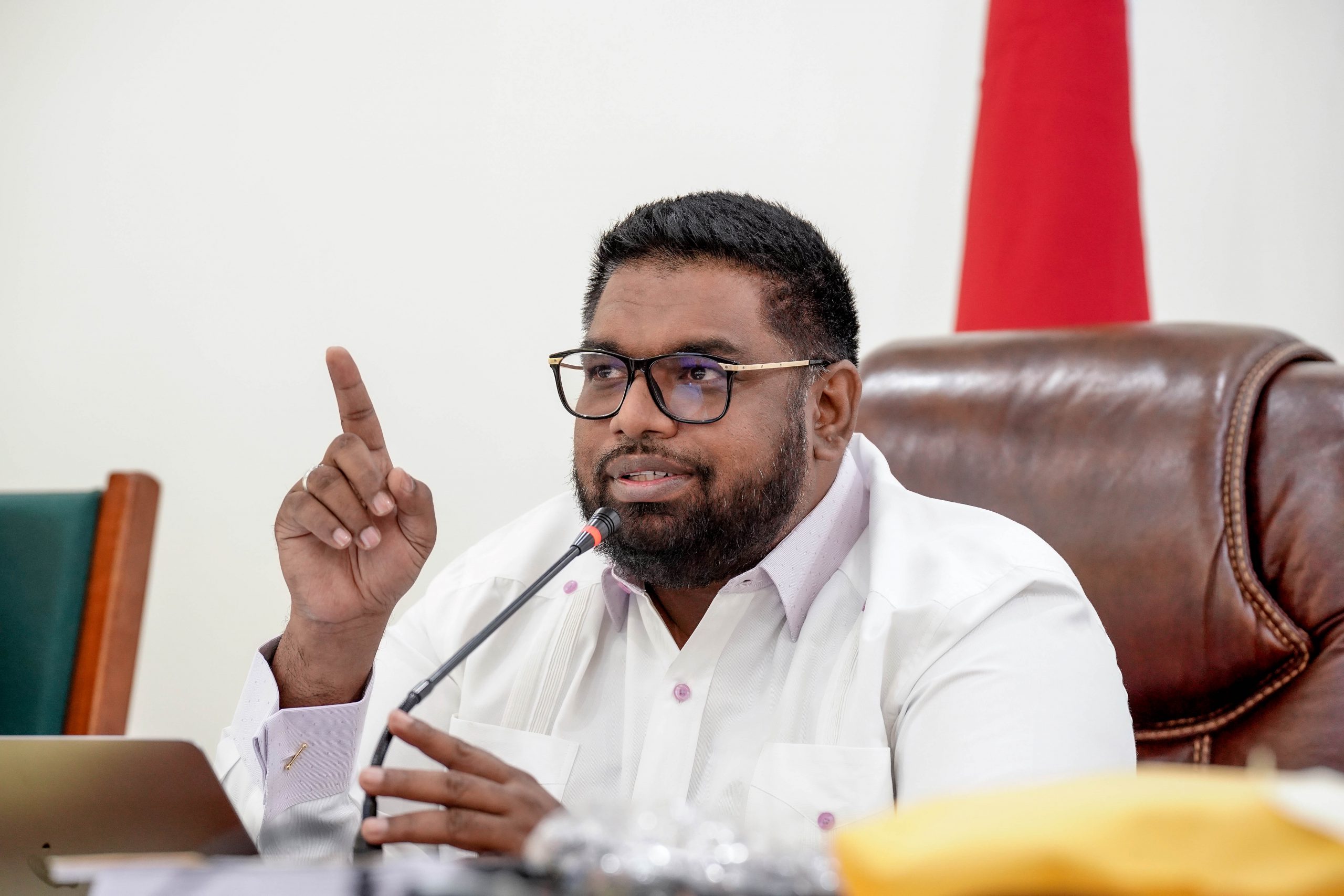 –          Says administration ready to facilitate growth and development of sector

Georgetown, Guyana (May 10, 2021)— His Excellency Dr Irfaan Ali today emphasised on the importance of agriculture and food production while pointing to his Government’s plans to facilitate the growth and development of the sector.

The Head of State made this assertion while delivering remarks at the second edition of the Business Webinar Series, where opportunities in Guyana’s Agriculture Sector were highlighted to US businesses.

The event was organised by the United States Department of Commerce and the US Embassy in Guyana.

“I welcome you to a country that is open to doing business, that is ready to facilitate growth and development, and that is ready to help private investment to ensure that you have a decent return—a country and a market that believe inherently in the participation of the private sector.”

President Ali outlined several facets of the sector, including  Guyana’s potential  to produce a large portion of the food requirement for CARICOM, its proximity to one of the most dynamic and robust agricultural sectors by diversification in the world- Brazil, and the under investment of the sector in realising its full potential.

He was quick to distinguish the difference between under investment and underdevelopment.

“Why I would not say underdevelopment is because you have a government that is ready to put in the necessary infrastructure investment to facilitate the private investment in the sector, to realise the potential we’ll talk about.”

IMPORTANCE OF THE SECTOR

He explained that agriculture contributes 21.7% of Guyana’s non-oil GDP; in terms of Agriculture trade, the country’s export earnings are about US$370M which primarily comes from rice, fish, sugar, and some amount of non-traditional produce; while the sector contributes to about 12.1 % of employment.

The President noted that although the employment in the sector is highest in the rural areas, a lot of investments have been made in research, technology development and skills development which have produced “a very competent skill base” in terms of human assets available.

He divulged too that about 5% of the country’s national budget is allocated to agriculture.

With regards to the growth of the sector, President Ali outlined several key features including an ideal tropical climate, large expanse of freshwater and importantly, vast tracts of productive land.

“So those who have experience in agriculture would know when you hear vast tracts of productive land and freshwater coming together, you get excited because the natural environment with the tropical climate allows for the development of the sector.”

He also disclosed to the potential investors that the country produces 59% of our internal demand.

“This is some of what Guyana offers; 215,000 square kilometres of coastline, an ideal location to access global markets, attractive fiscal incentives for investment, a private-sector friendly government and of course, a country with diverse people.”

In pointing to Guyana’s productive capacity within CARICOM, the Head of State said that the potential is about US$25M in poultry alone, 90% of which is imported.

“Guyana has the potential of satisfying all of CARICOM’s food requirement for poultry products, eggs, beef, aquaculture; we have the land, we have the freshwater but what we don’t have is the investment. What we don’t have are the large scale mega-farms that would allow us to produce, that would allow us to facilitate the type of type of growth that will help us to enter this natural market in CARICOM.”

He reiterated the need for mega investments in the agriculture sector which will bolster Guyana’s already existing ability to satisfy the regional market.

“What we need, as I said, are the investors who are ready to make the investments into large-scale mega facilities that will support the growth and development of these different sub-sectors. In terms of land availability, in every one of these areas, we have lands that are available. We have freshwater…and we have the critical infrastructure link that will allow you to move your produce from the field to the market or to the export facility as it is now.”

Government, he added, will be heavily focused on developing the aquaculture sector in the short term to service potential markets including CARICOM, the USA, Mexico, and the EU.

“The USA, for example, imported over 550,000 metric tons of frozen shrimp and prawns valued at US$4.8B. So here is an opportunity for us to work together with the local private sector and the US investors to meet the demand in the United States. And what do we have for the aquaculture industry? We have the brackish water, we have freshwater and salted water, all of which are distinct and comparative advantages in the aquaculture industry.”

“Again, like the other sectors, Government provides a comprehensive list of tax breaks, fiscal incentives, drainage and irrigation support, infrastructure support; these are things that government assists with.”

“I want to say to you that Guyana has also taken back the lead role in agriculture for the region, that is the CARICOM region, and for the purposes of moving forward, we welcome you and your investment to a safe investment destination.”

“Historically this has been one of the most inhibiting factors for us to develop our country- the cost of electricity. Right now, all of our electricity is supplied through heavy fuel oil (HFO). That will change tremendously over the medium to long term. We are now developing an energy mix that will include natural gas, solar, wind, and the plan is to have an energy strategy that would create a new energy corridor between Guyana, Brazil and Suriname. So, you will see the cost of energy reducing because of the investment we will be making.”

The President added that agriculture is very important to Guyana.

“This is priority for my government, agriculture and food production is priority; once there’s an interest.”

Over 150 US companies interested in doing business in Guyana took part in the webinar.

President Ali was joined by Foreign Secretary Robert Persaud and representatives from the Ministry of Agriculture at State House, while Minister of Agriculture, the Honourable Zulfikar Mustapha and United States Ambassador to Guyana, Sarah-Ann Lynch joined the session virtually.

Vaccination is our best option to save lives, exit pandemic—President Ali