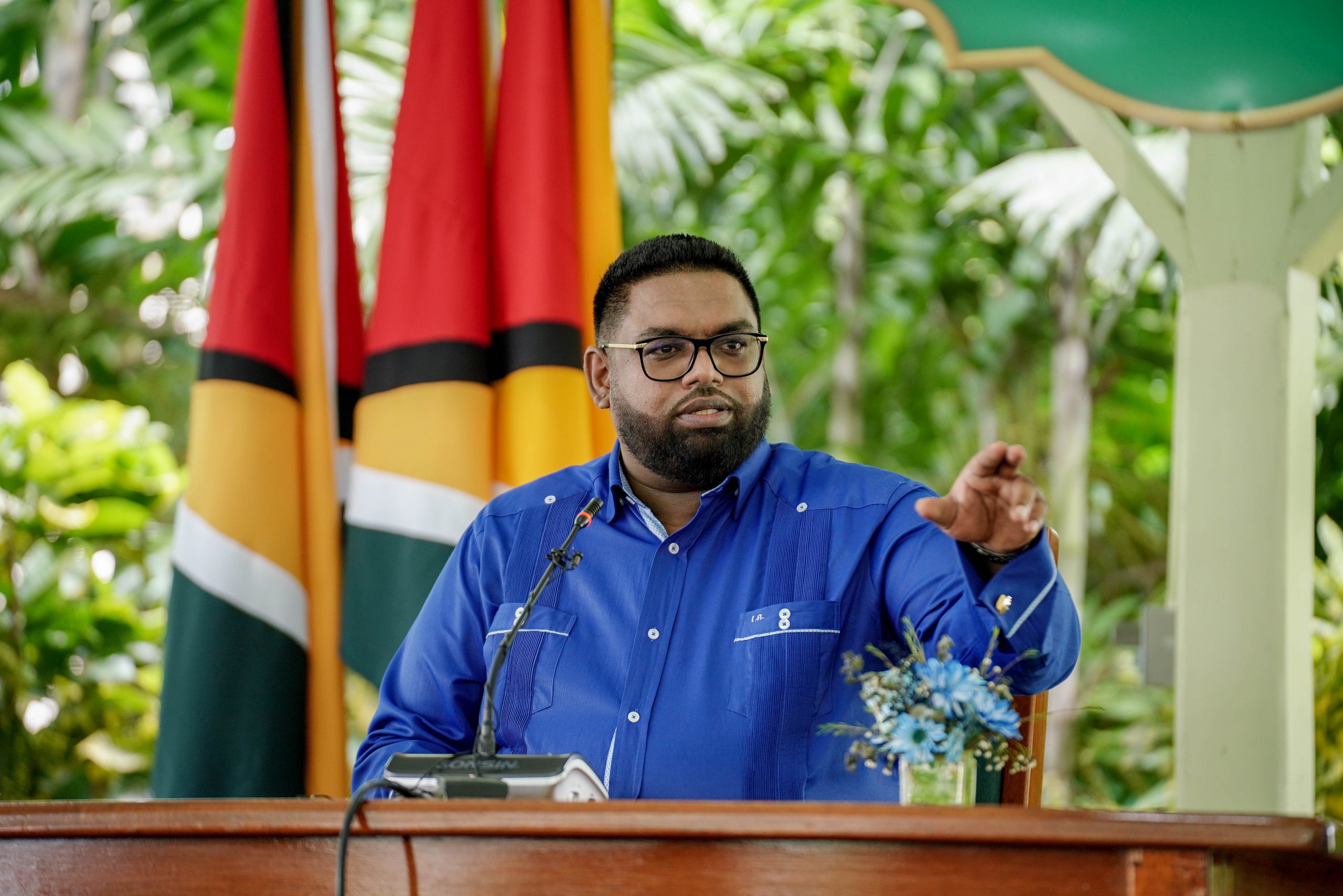 His Excellency Dr Irfaan Ali announced that more army and police will be on the ground to deal with Covid-19 rule-breakers and that business owners and managers who flout the Task Force rules will suffer greater consequences.

The President made these pronouncements during a Presidential Press Briefing at State House today.

In explaining the problematic nature of dealing with rule-breakers, the Head of State used last weekend as an example, where over 1000 persons were on the Linden/Soesdyke Highway.

He explained that arresting them would have caused overcrowding and could have led to more infections.   To counter this, the Head of State said that his Government will go after persons who create the atmosphere for these environments, including unscrupulous business owners and managers.

The President said that moving forward, there will also be a more robust enforcement process.

“We are now going to add more boots on the ground from the army and the police to support that enforcement, and we are going to put more resources into this.”

The President noted that he was disappointed with the attitude of some Guyanese, who continue to ignore the stipulated guidelines that are in place to protect the health of all.

According to the President, regardless of whether persons have been vaccinated or not, they must follow the Covid-19 guidelines.

“We had hoped that common sense would have prevailed in following the established guidelines, but unfortunately, it hasn’t. The enforcement, therefore, of these guidelines will be further strengthened and enhanced.”

The Head of State said that the Government is taking every step to have everyone vaccinated to combat the respiratory disease and that it is the responsibility of every citizen, though not mandatory, to understand the importance of the inoculation process.

“These vaccines come with a shelf life, cost for storage and transportation, which are enormous, and will not forever be available.”

He said that although the vaccination process is not mandatory, it will help the country to rebound from the effects of the pandemic.

To ensure that Guyanese in general understand the significance of the process, the Government has been engaging with several different bodies, including civil society, political parties, the religious community and the private sector, to build a national coalition.

This coalition, according to the President, will encourage and motivate persons to take the vaccine.

Moving forward, the Government might adopt similar strategies as some other countries, including preferential treatment for persons vaccinated. 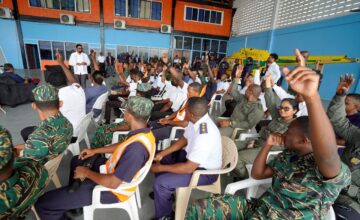 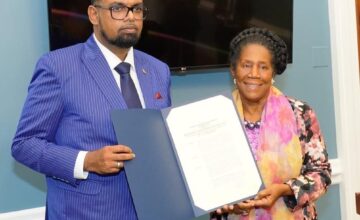