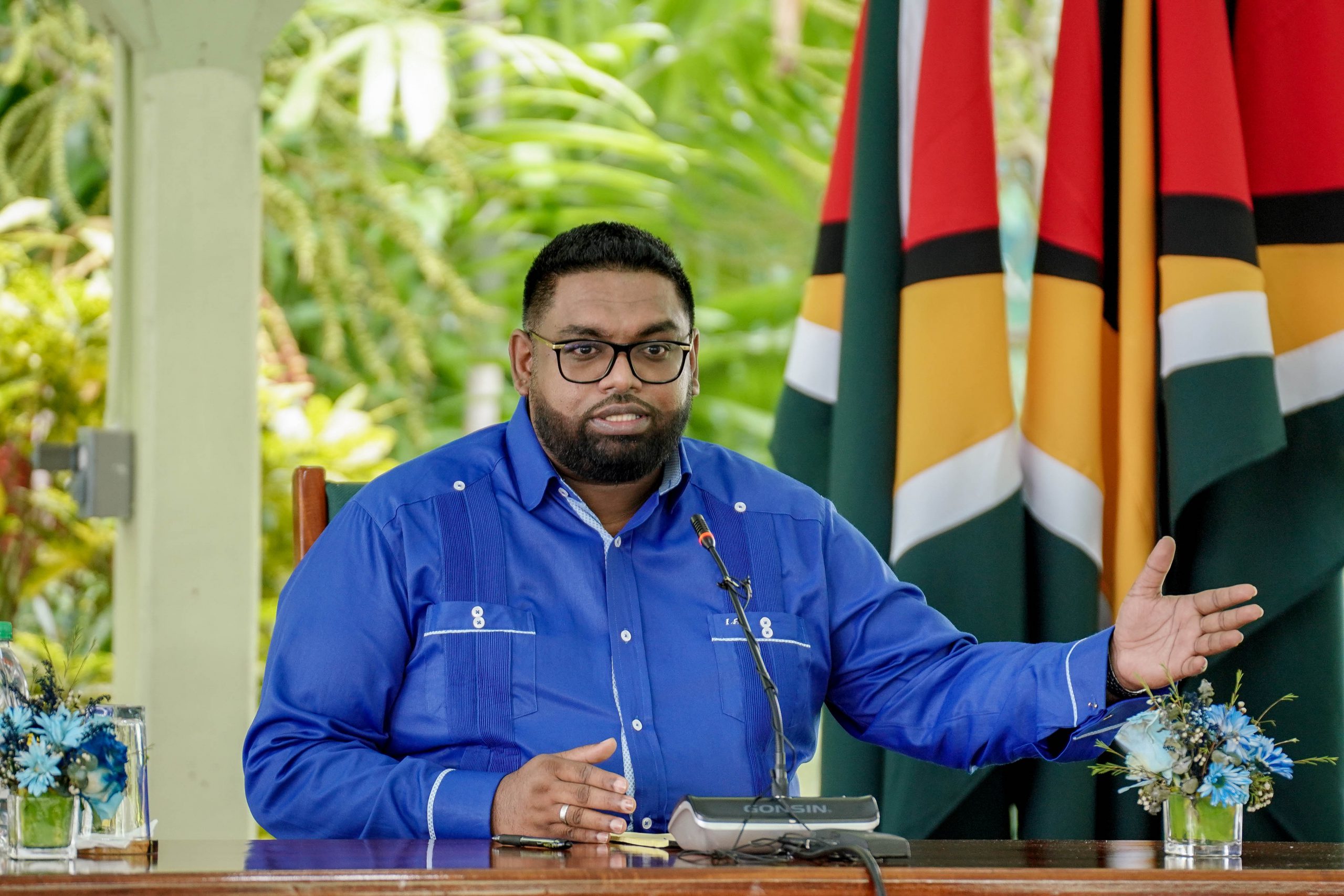 His Excellency Dr Irfaan Ali disclosed that the Government has signed a letter of intent to market the country’s carbon credit through a credit contract.

The Head of State made this announcement today, during a Press Conference at Baridi Benab, State House, where he reminded that the expanded Low Carbon Development Strategy is the platform through which Guyana’s development pathway will be embedded.

Alluding to the details of  the  letter of intent, the President explained that in order to advance the country’s participation in the carbon market, a document has been signed with Emergent Finance Accelerated Inc.—a US-based non-profit organisation (NGO)—to sell Guyana’s carbon credit through a credit contract.

“This agreement has the potential of earning us hundreds of millions of US dollars annually,” the President said.

A carbon credit is a tradable permit or certificate that allows the holder of the credit the right to emit a tonne of carbon dioxide or an equivalent of another greenhouse gas.

The Head of State explained that the NGO will be looking for markets for the carbon credit. He said there is a base price of US$10 per unit and even if the company is able to secure a higher price for the unit, all the revenue comes to the country, excluding the operational costs.

“We have just entered into this letter of intent with the company so they are now going to go and look for the market. That is ongoing.”

He said too that the discussions on the LCDS were recently reinforced at a Commonwealth Heads of Government Americas roundtable discussions, which was hosted by His Royal Highness Prince Charles.

The roundtable discussed how to advance the green recovery post COVID, and initiatives to be taken for consideration at the 26th UN Climate Change Conference of the Parties (COP26) later this year.

President Ali, when questioned on the status of the negotiations under the Norway Agreement explained that there are still resources left over from the last agreement, which is being programmed now into the renewable energy sector.

”Discussions on a new agreement are well underway but we have not gone out of the discussion stages yet, but they are fairly advanced.”