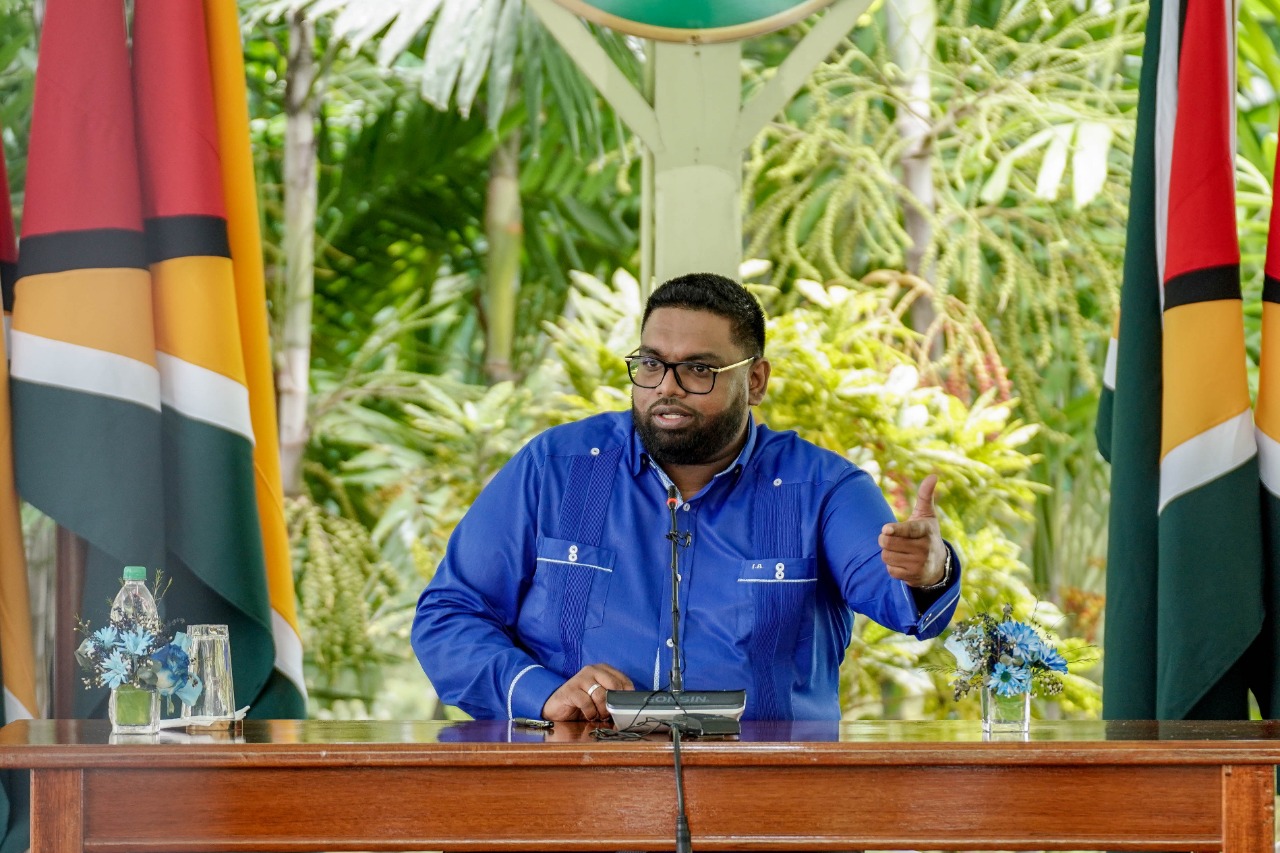 Georgetown, Guyana (April 28, 2021)  His Excellency Dr Irfaan Ali said the recent High Court Ruling by Chief Justice (Ag) Roxanne George-Wiltshire to dismiss the election petition filed by the Opposition is a “welcomed” one and is testimony to the enduring strength of Guyana’s democracy.

The Head of State made this assertion during a Presidential Press Conference held earlier today at State House, where he briefed media operatives on the progress of various government programmes and policies.

“The decision of the Court is a testimony both to the independence of our judiciary and the enduring strength of our democracy and especially in the manner and efficiency in which the court conducted these hearings.”

Importantly, the Court’s decision, according to the President, is further evidence that despite our differences politically, these differences can be settled peacefully and within the rule of law under which we are all constitutionally governed.

The President said that he will continue to uphold and defend the separation of powers between the legislature, the executive and the judiciary, which he said is “vital” to the functioning of our democracy.

“I look forward to our Courts continuing to recognise the efficacy of the last elections in addressing any future challenges on this matter.”

In addressing the question as to what effect the recent court decision will have on high-level engagements with the Opposition moving forward, President Ali replayed, via his mobile phone, statements made by Opposition Leader Joseph Harmon, following the court ruling on Monday.

In his remarks, Harmon had said that “today is a dark and ominous day for democracy in Guyana. The ruling of the Court must strike fear in the heart of all democracy-loving people in Guyana, in the Caribbean and around the world. We have continuously called on our people to keep the peace, to remain calm and to uphold the law. Today, however, we have witnessed once again the judicial system failing our people.”

The President pointed to Harmon’s attacks even on the judiciary itself and asked the media gathered to determine for themselves the Opposition’s intentions.

“Does that give you any indication that they (the Opposition) have any interest in working for the development of this country? Now attacking the Court, driving fear in people. I think that answers the question.”

Brazilian state wants to be integrated into CA

MoU between Guyana/T&T a commitment to enh