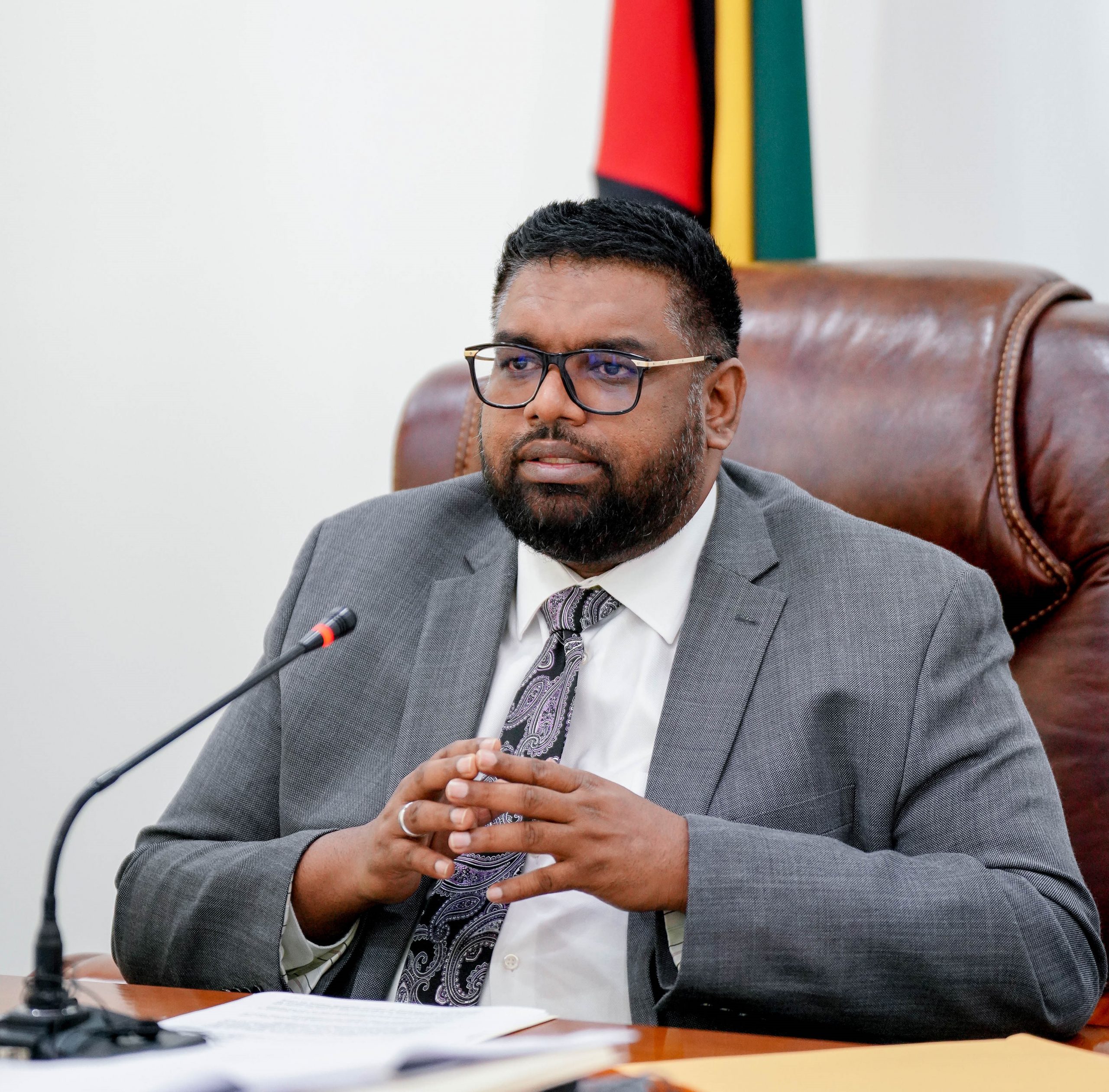 Georgetown, Guyana (April 23, 2021) His Excellency Dr Irfaan Ali said that his Government’s long-term objective is to make Guyana the economic powerhouse of the region while creating prosperity for its citizens.

He told the Private Sector Commission (PSC) in a broadcasted message today during their Annual General Meeting (AGM) that to accomplish this, all systems must be in place and Guyanese must work in unison.

“This is the focus of our Government. Positioning Guyana as a mainstay for regional growth and development. Our ambitions and targets are beyond our national needs, because we understand that we operate in a much larger market. And we have great potential in reaching that market.”

According to the Head of State, Guyana in the coming years will be “a place where national prosperity would be a reality, and individual prosperity and wealth creation, can and will be achieved for those who are willing and prepared to invest the required effort.”

In a passionate message, the President touched on a range of topics, including human resource development, financial capacity, local content, security, democracy, the importance of partnership and the need for diversification.

The Private Sector, according to the President, has a big role to play in advancing the national agenda and driving structural changes.

He added that his administration supports positive development and that during his term in office his Government intends to do the legwork to make this goal a reality.

High on the agenda is to put in place the requisite macroeconomic and legislative framework that will allow the private sector to “grow and be the integral part that it should be in an expanding economy”.

Part of that process, according to the Head of State is to create a more talented and skilled labour force.  He said that the 20,000 Scholarship Programme has been launched.  The programme would not just enhance the education of Guyanese, it will ensure that they are trained in positions which will promote growth and development.

The President reaffirmed that his Government’s plans hinge upon a stable and sustainable approach.

He added that the intention is to exercise shrewd management of Government expenditures.

The Head of State reiterated his call for diversification and noted that the country would not fall prey to over-reliance on oil wealth.

“While our focus and objective over the medium term period is to bolster economic growth. We will remain vigilant of avoiding any supply-side constraints and indeed, the Dutch disease. To do this, we have to ensure that our economy and the strength of our economy, rests on varied plans.”

The President spoke about developing the road links and highways, which will open up new investments, new agricultural land, new housing schemes and new development projects.

He also spoke about the benefits of building call centres, supporting the forestry sector, the mining sector and the creation of new agro-industrial parks, which will provide food not just for Guyana but further afield.

According to the Head of State, the infrastructural projects will support business development.

The President added that efforts are being made to take a stronger position in CARICOM.

“We’re also working aggressively on breaking down the bias within CARICOM itself. So the market can be expanded.”

He emphasised that a prosperous future awaits all Guyanese, but that the legwork must be done to reap such benefits.

The President’s speech was applauded by members of the Private Sector and deemed to be very impactful.