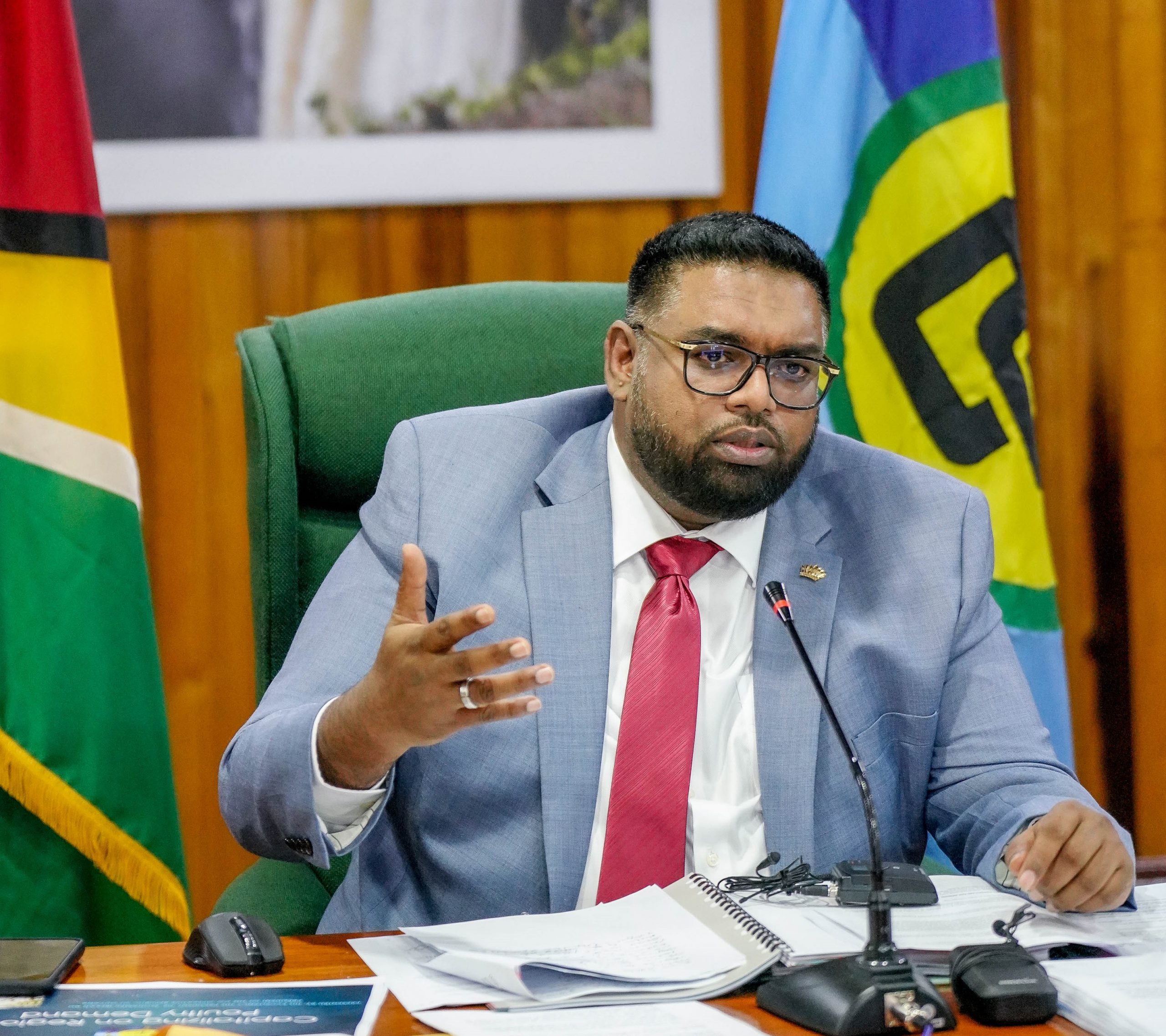 Georgetown, Guyana (April 22, 2021) His Excellency Dr Irfaan Ali today called the ratification of the Escazú Agreement a significant milestone in the region and highlighted its importance to overall development and sustainability.

In his address, the President noted that the agreement will reinforce democracy, transparency, accountability and effectiveness in dealing with an environment affected by climate change.

The agreement which was adopted in 2018, entered into effect today after a structural ratification process by 24 nations took place in January of this year.

The Latin America (LATAM) and the Caribbean’s environmental treaty seeks to ensure that people have access to timely and reliable information and can participate in an effective way in the decisions that affect their lives and their environments.

It is also structured to ensure that people can access justice in environmental matters.

“The coming into effect of this ‘Agreement’ represents a significant milestone, one which coincides, fittingly, with the commemoration of International Mother Earth Day 2021. The Caribbean and Latin America should feel a sense of collective pride on account of its continued sterling environmental leadership as exemplified by this ‘Agreement,’” President Ali stated.

He added that the effects of the pandemic and the exacerbation of our climate crisis highlight the need for an arrangement tailored to our specific requirements.

The President added that with the regional hurricane season approaching (officially scheduled to start on June 1), natural hazards can strike at any time.

He also pointed to the struggles of Saint Vincent and the Grenadines after the eruption of its Soufrière volcano and reminded that natural disasters threaten the very survival of small-island and low lying coastal states.

He also called for countries in the region that are yet to ratify the agreement to do so.

“I, therefore, reiterate the need for us to act collectively for the protection of our people and their environment.  Our twin celebration…should engender a greater sense of urgency to work collectively to safeguard our peoples and the planet.”

The President pointed out that the essence of the agreement is that it does not only protect the environment, but it protests the people who defend it.

“Rights and inclusion, cornerstones of democratic societies, are at the heart of the Escazú Agreement.  The ‘Agreement’ responds to the important affirmation of Heads of States and Governments at Rio+20, that access rights contribute to the strengthening of democracy, good governance and human rights.”

President Ali added that Guyana was the first State Party (States Parties are countries that have adhered to the World Heritage Convention) to ratify the Escazú Agreement.

He emphasised that Guyana subscribes to the belief that public access to information, and citizens’ participation in environmental decision-making, are vital elements of sound environmental stewardship.

The President said that the agreement is aligned with Guyana’s constitutional obligations.

“Our ‘Constitution’ proclaims that, ‘Everyone has the right to an environment that is not harmful to his or her well-being’.   We subscribe to the belief that public access to information, and citizens’ participation in environmental decision-making, are vital elements of sound environmental stewardship.”

The agreement’s provisions for judicial and administrative proceedings include remedy and redress, which according to the President is necessary to strengthen the inclusive and transparent approach that his Government is fostering on environmental matters.

The Head of State noted that theprotection of the environment is mainstreamed in Guyana’s Low Carbon Development Strategy.

“This ‘Strategy’ is premised on the REDD+ Mechanism. In the ongoing implementation of this ‘Strategy’, we are committed to continuous multi-stakeholder consultations undertaken in an institutionalised, systematic and transparent manner to ensure full and effective participation of indigenous peoples and other forest-dependent communities, through free, prior and informed consent. Further, we are working towards the enhancement of transparency and access to extractive industry information, as required under Guyana’s Extractive Industry Transparency Initiative (EITI) obligations.”