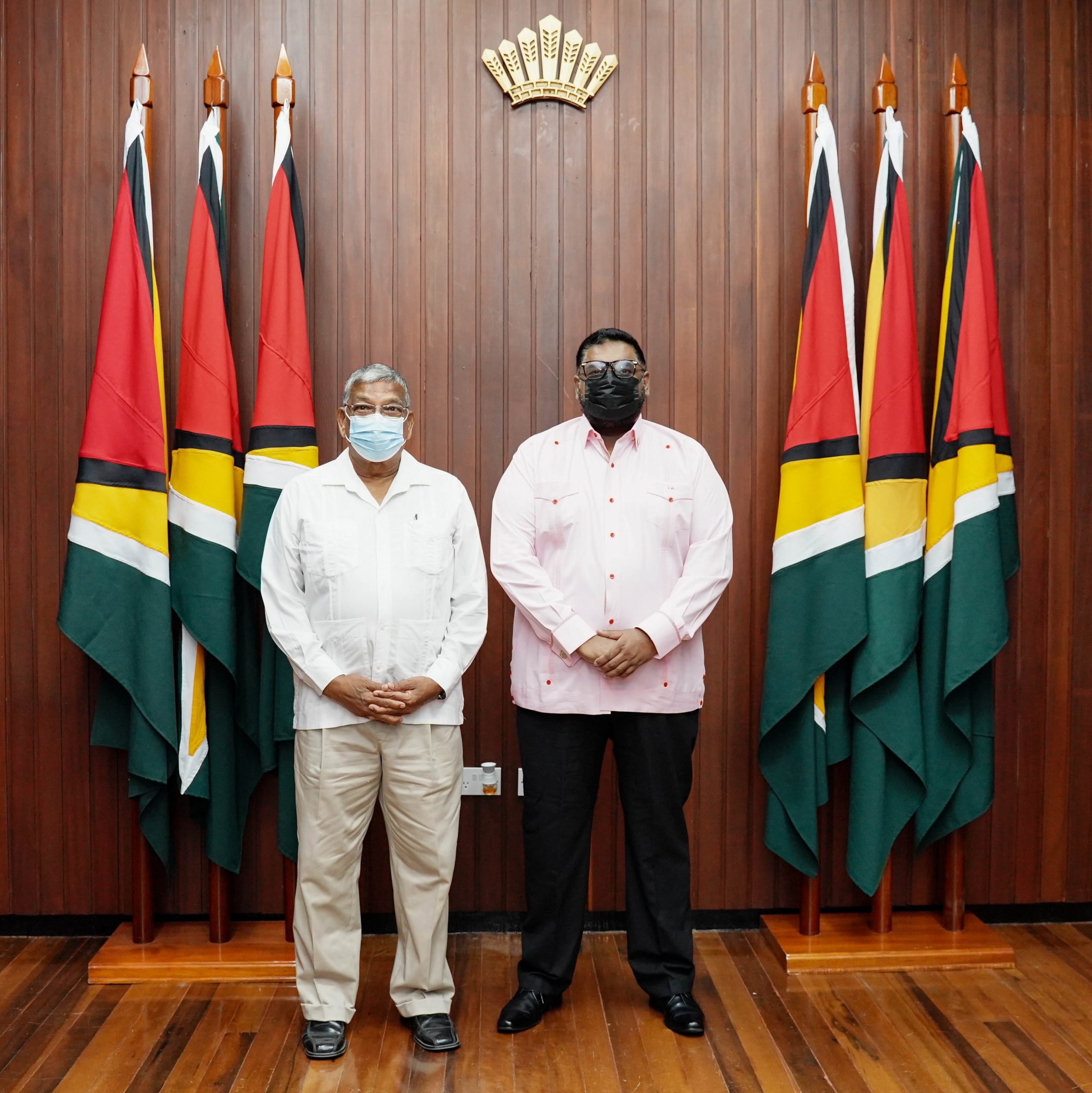 The Head of State made this assertion as he administered the Oath of Office to the fourth Commissioner of the PUC—Dr Nanda Kishore Gopaul at the Office of the President on Shiv Chanderpaul Drive.

“In the exercise of their duties, regulators of public utilities protect the interest of the public; they are expected to examine the services provided by public utilities referencing the social and economic welfare of consumers and ensuring the provision of quality and efficient services.”

President Ali pointed out that unless judiciously regulated, public utilities can use their market dominance to avoid fair pricing and the provision of adequate, reliable and quality services.

He then expressed his satisfaction that today Guyana operates in an environment where the monopoly on our telecommunications sector has been dismantled.

The PUC, he reminded, is tasked with regulatory, investigatory, enforcement and other functions conferred upon it by the Public Utilities Commission Act and by other laws, including the Guyana Energy Agency Act, the Electricity Sector Reform Act and the Telecommunications Act.

The President noted that determining the effectiveness of the PUC’s service can be achieved by examining the quality of services consumers receive, examining the work done to protect their interests and ensuring that they are receiving what they pay for.

“Or we can examine how effective we are based on how we perform the task of investigatory powers and the way we have handled various complaints of consumers.”

In outlining the various functions of the PUC, via the Public Utilities Commission Act, President Ali stressed that the Commission is also required to ensure that every public utility maintains its property and equipment in such condition that enables service that is adequate, efficient, non-discriminatory, affordable, and safe.

On this note, he pointed to concerns at the Guyana Power and Light, which were recently brought to his attention.

“I had cause only two days ago to make a comment that GPL did not maintain any of its facilities for almost four consecutive years. The lines were not maintained, their system was not maintained. Today we have to correct that.”

President Ali reiterated his government’s commitment to support the work of the PUC and expand and improve the quality of public services provided to citizens.

“The work of the PUC is expected to intensify as Guyana enters this new phase of its development, one which has already witnessed the liberalisation of the telecommunications sector and plans are ahead for boosting power generation and water supply.”

He expressed confidence that Dr Gopaul’s stellar record of public service and his wealth of experience will be an asset to the PUC.

“Today, I am pleased to have administered the Oath of Office to the newest member of the PUC, Dr Nanda Kishore Gopaul…I wish him and the PUC every success in protecting the public interest.”

The PUC is tasked with regulating utilities and service providers including GTT, Guyana Power and Light (GPL), Guyana Water Inc. (GWI), and Digicel.