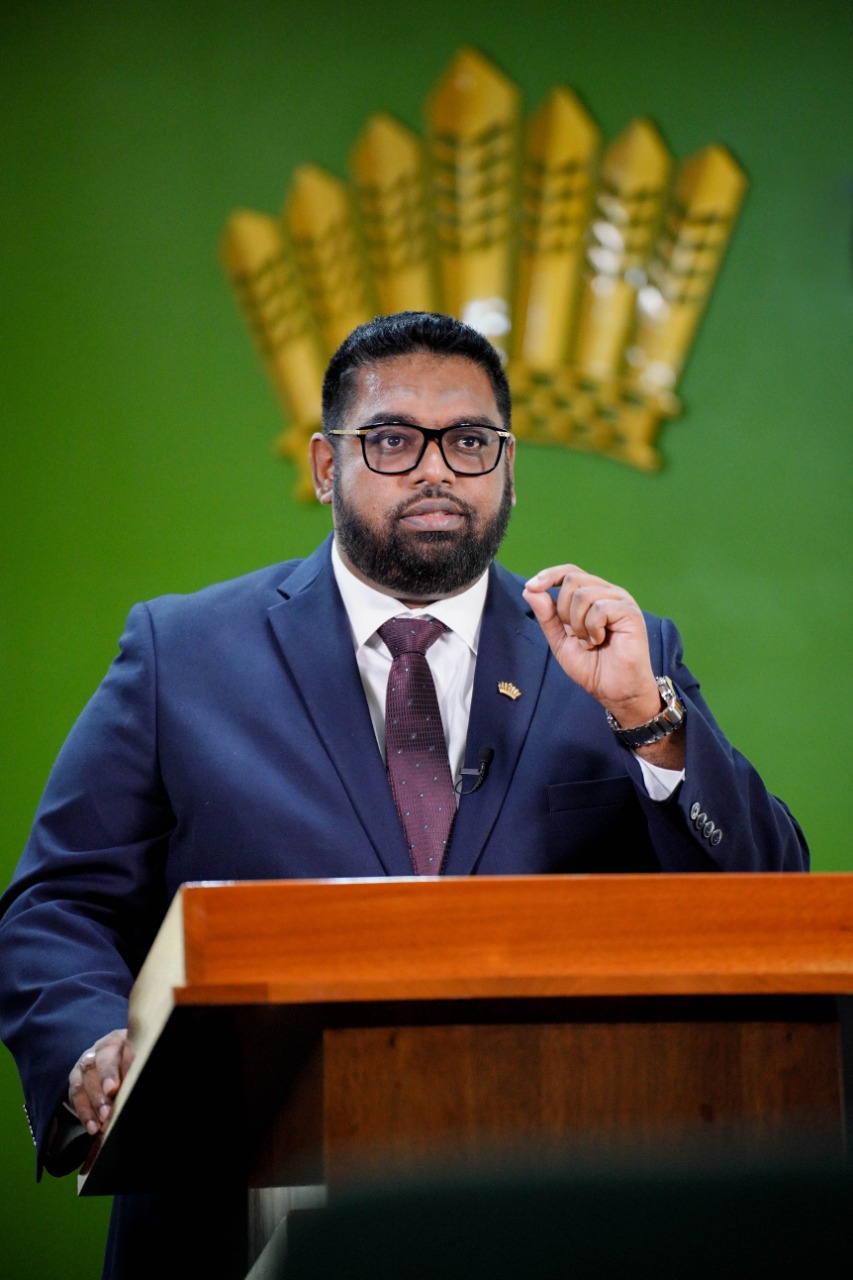 Georgetown, Guyana (April 13, 2021) His Excellency Dr Irfaan Ali hailed the late Dr Cheddi Jagan as the country’s “greatest citizen” and said that his contributions to the fight for democracy will forever be enshrined in the annals of Guyana’s history.

The Head of State praised the former leader at the Annual Cheddi Jagan Commemorative Lecture that was held virtually today.

“This activity, modest but important, is recognition— if any was needed— that Dr Cheddi Jagan has not been, and will never be forgotten, not in our party or in our country.”

President Ali said that suggestions that the memory of Dr Jagan has been side-lined is “nothing further from the truth”.

“Dr Cheddi Jagan’s ideas and ideals are engraved in the psyche of our party and its leaders. They have become part of the PPP’s DNA. His examples and contributions continue to inspire us, especially in the face of the attempts which were made to derail our elections and to destroy our democracy,” the President added while emphasising that the party was inspired and led by the best example of political tenacity.

Dr Jagan, he emphasised, never succumbed or compromised the democratic principle during “the 28 years the party was cheated out of office”.

The Head of State said that they were confident that by following Dr Jagan’s example and by staying true to his ideals that democracy would prevail.

He noted too that it was an “absolute honour” and “overwhelming privilege” for him to not only have been asked to deliver remarks at the annual lecture but also to serve in the People’s Progressive Party (PPP), which Dr Jagan established, and to occupy the office of the Head of State—a seat which the great leader once presided over.

FATHER OF THE NATION

“Cheddi Jagan is without question Guyana’s greatest citizen. He is considered the Father of our Nation and was widely respected as one of the Caribbean’s leading internationalists and the patriarch of the PPP. His heroic 28 year-long struggle for the restoration of democracy and the foundations, which he laid in his abbreviated yet impactful tenure as President, bequeath to him a permanent iconic standing.”

The Head of State said that Dr Jagan remains Guyana’s foremost democrat, who possessed unfaltering faith in democracy and was committed to the building of a national democratic state resting on a tripod of principles: the right to free and fair elections, respect for human rights, and meeting the needs of the citizens.

“Democracy for him went beyond the country’s political system; it encompassed the very substance of the society which was being fashioned. It was not only about elections and respecting human rights, but it was also about realising the full capabilities of our people.”

President Ali further explained that Dr Jagan believed that democracy was integral to the nationalistic struggle, for the eradication of social ills, for rejecting despotic tendencies and for establishing a peaceful and prosperous Guyana.  He said that the former President knew that democracy was necessary for national sovereignty and independence, for safeguarding the country’s territorial integrity and for shielding Guyanese from anti-popular and dictatorial forms of Government.

Despite being deposed by the suspension of the Constitution in 1953 and in opposition from 1964 to 1992, the President said that Dr Jagan continued to insist that democracy must become part of the solution to the country’s political and economic crises.

“Democracy was part of Dr Jagan’s worldview. Some misguided elements, including those once close to him, have sought to insinuate that his support and advocacy of democracy were opportunistic. How little they know of him! How little they learnt from him!” the President passionately stated.

He said that Dr Jagan had his socialist convictions and never disavowed his ideological leanings but considered democracy as an important pillar for socialism.

President Ali noted that Dr Jagan subscribed to the belief that genuine democracy must exist in both form and substance and insisted that it must not only protect fundamental rights, but the needs of its people.  He pointed to the basic needs of food, clothing, shelter and security in old age as an example.

“The satisfaction of people’s material needs and of ensuring a more dignified existence formed a critical element of Dr Jagan’s programme of development. He was fond of saying that ‘democracy cannot be built on an empty stomach’,” the President added.

He said the former great leader saw development and democracy as mutually inclusive, with democracy being a prerequisite for development since nothing could be achieved without it.

“He also saw democracy as a motor of human development, including the attainment of social goals and of ecological justice.”

The Head of State said that although 24 years have passed since Dr Jagan left us, the citizens of the country have a duty to protect his legacy—especially his commitment to democracy.

He added that since Dr Jagan planted the seed of consultative and participatory democracy, citizens must ensure that the tree of democracy is studier and that his legacy is never felled.

“Never again must Guyana’s democracy be imperilled. We must strengthen our electoral laws, including ensuring stronger penalties for those who dare to violate this sacred canon. We must insist on greater integrity on the part of some of those who manage our elections. In safeguarding democratic rights and principles, particularly the right of citizens to elect the government of their choice at free and fair elections held at regular intervals, we will be honouring his memory and protecting our rights and our country’s development.”