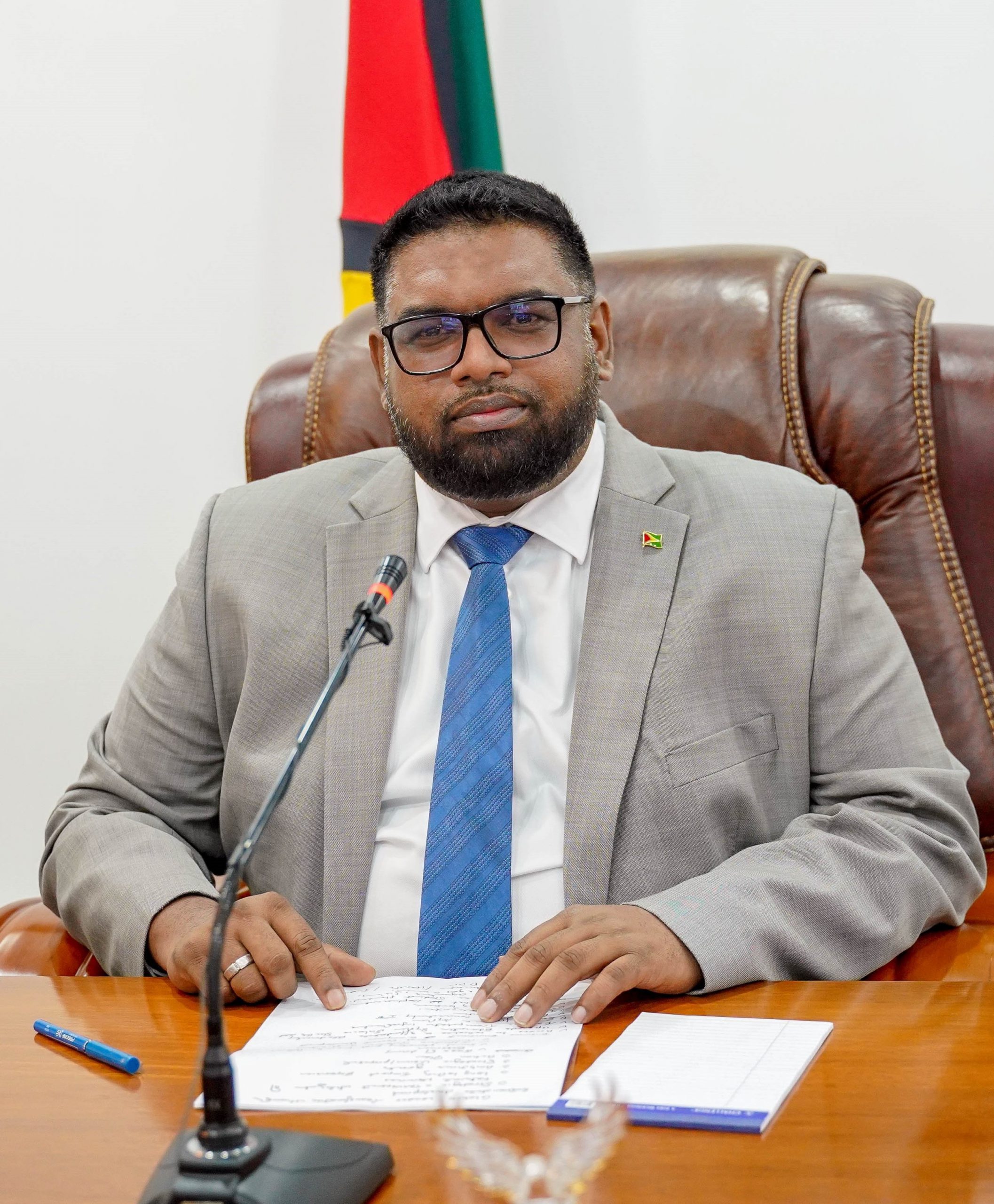 His Excellency Dr Irfaan Ali said that the support for CARICOM sister nation, St Vincent and the Grenadines, will be continuous.

The Head of State said that Guyana is currently mobilising a few hundred tonnes of requested items that will soon be shipped.

“This will be continuous support. What St Vincent is going through is not going to be a one-off event. All weekend we have worked on mobilising with the private sector… the Prime Minister (Brigadier, Ret’d, Mark Phillips) himself is looking at this. We are trying to get at least 350 tonnes of items—that is what the ship can take,” President Ali explained while noting that during the week, more items are going to be sent to the island.

The President made this pronouncement earlier today following the swearing-in ceremony for the eight-member Local Government Commission at the Office of the President.

He said that the items are in line with a list the country would have submitted to Guyana as part of their emergency needs.

“We have added a lot of food items to that—rice, sugar, beans… cleaning materials, personal protective gear, masks. These are some of the things they would have asked for.”

President Ali said that a request was also made for black tanks to store water.

“We are now mobilising the black tanks, and that will go later this week. So as you would appreciate, the greatest difficulty is the logistics in this. But we have had tremendous goodwill from the private sector.”

As it relates to the possibility of offering the option of temporary relocation for distressed persons, President Ali said that there has been no request along that line so far.

“That issue has not been put to us. For example, the Guyanese living there—we are in contact with the Honourary Counsel. I know the Vice President (Dr Bharrat Jagdeo) himself had many conversations over the weekend, and as far as we have been advised, they are all safe—most of whom are in the green zone (safe area); and there has been no request.”

St Vincent is grappling with the effects of the Soufrière volcano’s eruption, which has severely displaced its residents.

On April 10, President Ali called an emergency meeting with the Civil Defence Commission (CDC) and the Private Sector Commission members to discuss Guyana’s humanitarian aid to St Vincent and the Grenadines.

At the meeting, the President underscored the importance of getting emergency items, including water and food, over to St Vincent and the Grenadines in the fastest possible time.