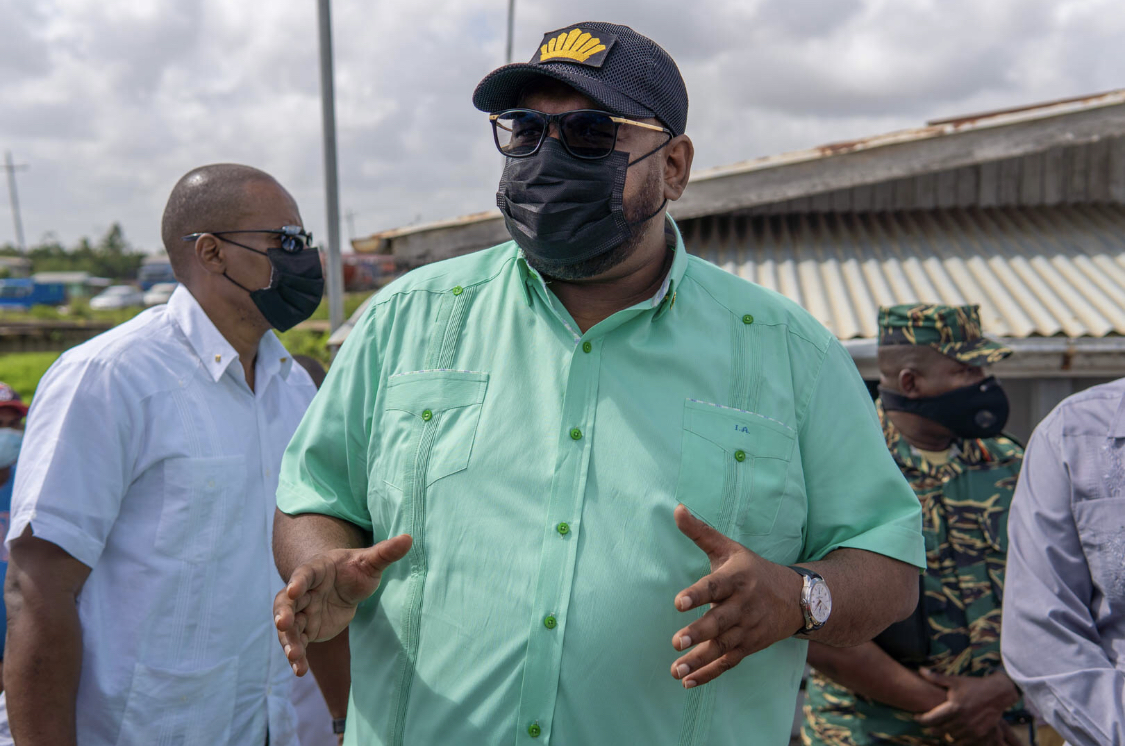 Georgetown, Guyana (March 31, 2021) His Excellency Dr Irfaan Ali today provided much-needed relief to the residents of Yakusari, Black Bush Polder in Region Six, as he intervened to resolve many issues plaguing the community.

The Head of State told the residents that his visit followed multiple requests via social media by residents, who had highlighted their difficulties.

Many of the concerns relating to government services were addressed on the spot, while residents with other matters were directed to the relevant officials. Matters dealt with included improved drainage and roads, enhanced security, upgraded electricity supply, installation of streetlights and a new well for the community.

CONSTRUCTION OF THE YAKUSARI WELL

Residents complained that they had been without a community water source for months and as a result, they currently receive water from the facility at Johanna.

President Ali then immediately telephoned the Guyana Water Incorporated CEO Shaik Baksh who then updated the community members on the situation.

Mr Baksh explained that works on the well will commence by next Wednesday; in the interim, residents will be able to access water from the neighbouring village of Johanna for at least 8-10 hours daily.

The President tasked Mr Baksh to follow up with the community after the work on the well has started.

Meanwhile, Minister Edghill informed the residents that tenders would be going out soon for a $60M project to do remedial work on sections of the main access road. The Minister said they expect to have that contract signed in May at the latest. He added that an assessment is underway for works on the miscellaneous or internal roads.

At least $300 million will be spent on miscellaneous roads in Region Six over the next year.

President Ali also told the Works Minister to have the community ground fixed and to organise with the Guyana Power and Light to fix many leaning lampposts along the roadway.

On the drainage issues, the President directed Minister Mustapha to have a team from his ministry visit the community to do an assessment. The President also announced that officials would be given two weeks to pay those employed to clean the community’s waterways after a complaint of non-payment.

One resident raised the issue of youths in the community using illegal drugs and stealing. President Ali responded by tasking Brigadier Bess to work with the regional police commander to engage with the youths in a constructive manner.

“We’re going to put the Joint Services together, the Chief of staff is here, we’re going to bring a team to do education, we’ll do a strong education programme among the young people. We’ll do a strong community analysis, and then we’ll bring in the Ministry of Culture, Youth and Sport also.”

Brigadier Bess is expected to put systems in place for the meet to take place next week.