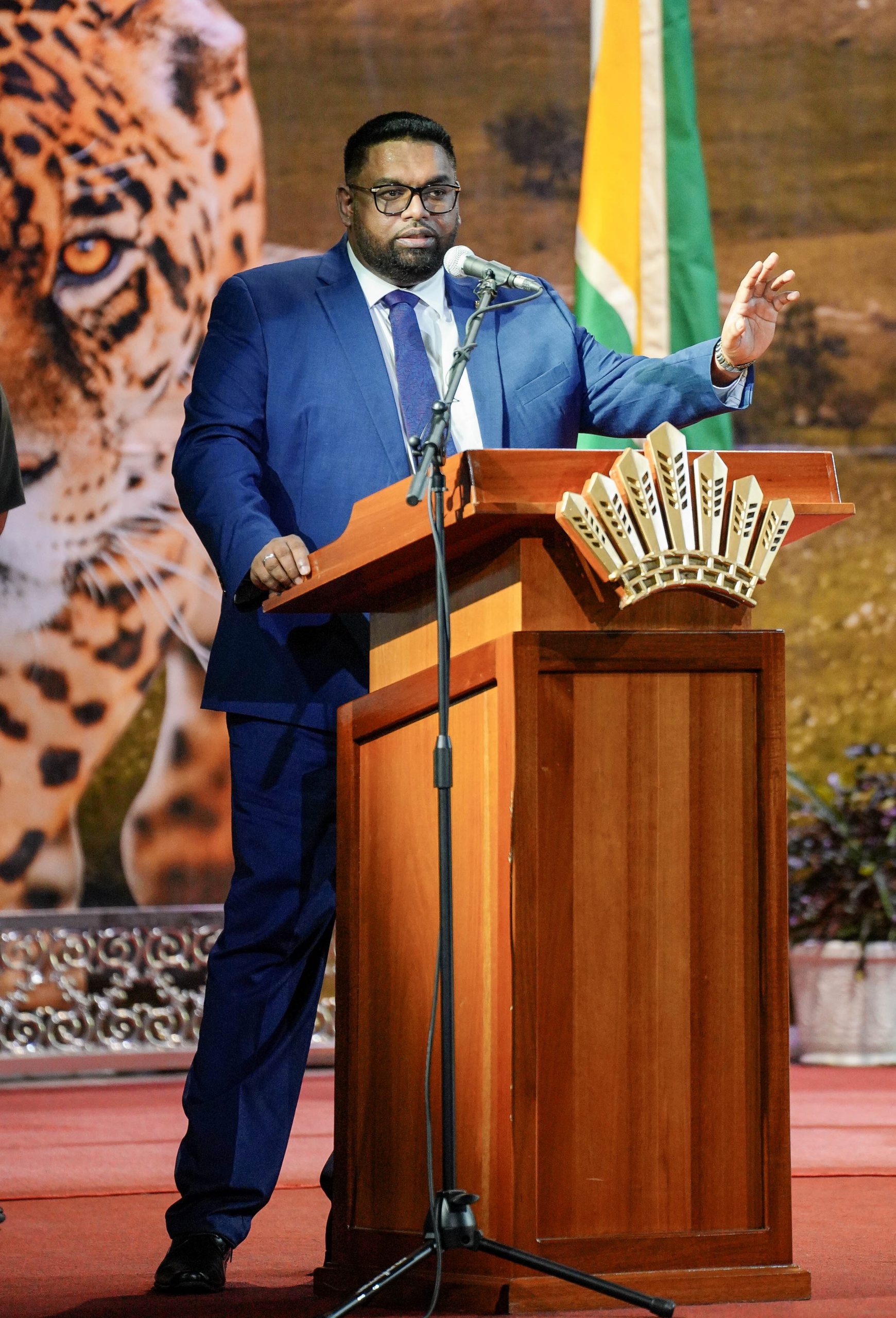 Georgetown, Guyana (March 4, 2021) His Excellency Dr Irfaan Ali said that the Leader of the Opposition, Joseph Harmon, needs to own up to his error, come clean to his supporters and stop spreading falsehood about the legitimacy of the Government.

The President said that they are necessary steps in undoing some of the wrongs that were done when the country’s democracy was under attack during the attempted rigging of the 2020 national elections.

The Head of State made the comments while responding to questions from the media about Government’s collaboration with the opposition, at the opening ceremony of the two-day Guyana Police Force (GPF) Annual Conference.

“He [Harmon] has a responsibility to his supporters to come clean now, how long are you going to continue on this road, how long are you going to continue to deny yourself the truth and sell a narrative that is filled with such falsehood….The hardest thing in life is to recognise that you have made an error, to own up to that error and then to say that listen, I am owning up to this error but let’s move forward.”

The President, who noted that he is open to talks with the opposition, pointed out that it is impossible for the Government and opposition to move forward if the legitimacy of the Government continues to be undermined.

“I am saying to you now that the Leader of the Opposition needs to recognise the Government with the President and I don’t want no implicit recognition, he must go out there publicly and say, the government is legitimate and he recognises the Government, the president, and then let’s talk….I am ready to speak to all Guyanese and I’ve been doing that, the question is, is the Leader of the Opposition ready to speak to the legitimate leader of the country.”

President Ali noted that if Harmon truly cares about the development of Guyana he would do the right thing.

“The Leader of the Opposition, has a choice you know. Let me be very clear on this, he has a choice. Sometimes we have to decide what is foolhardy and what we really want to achieve. I don’t know what bubble he is living in, but I am sure the Leader of the Opposition is aware, like the rest of the world, that he trampled upon democracy and then whilst the world celebrated the triumph of democracy …with the inauguration of a democratically legitimately elected government, he still seems to be wallowing….”

The President has repeatedly stated that his main concerns are nation building and the enhancement of the lives of all Guyanese. He again stated that he wants to develop a country which benefits all of its people.

President Ali’s statement on the Order of Democracy

Restructured, rebranded Police Force must focus on service to the people – President Ali