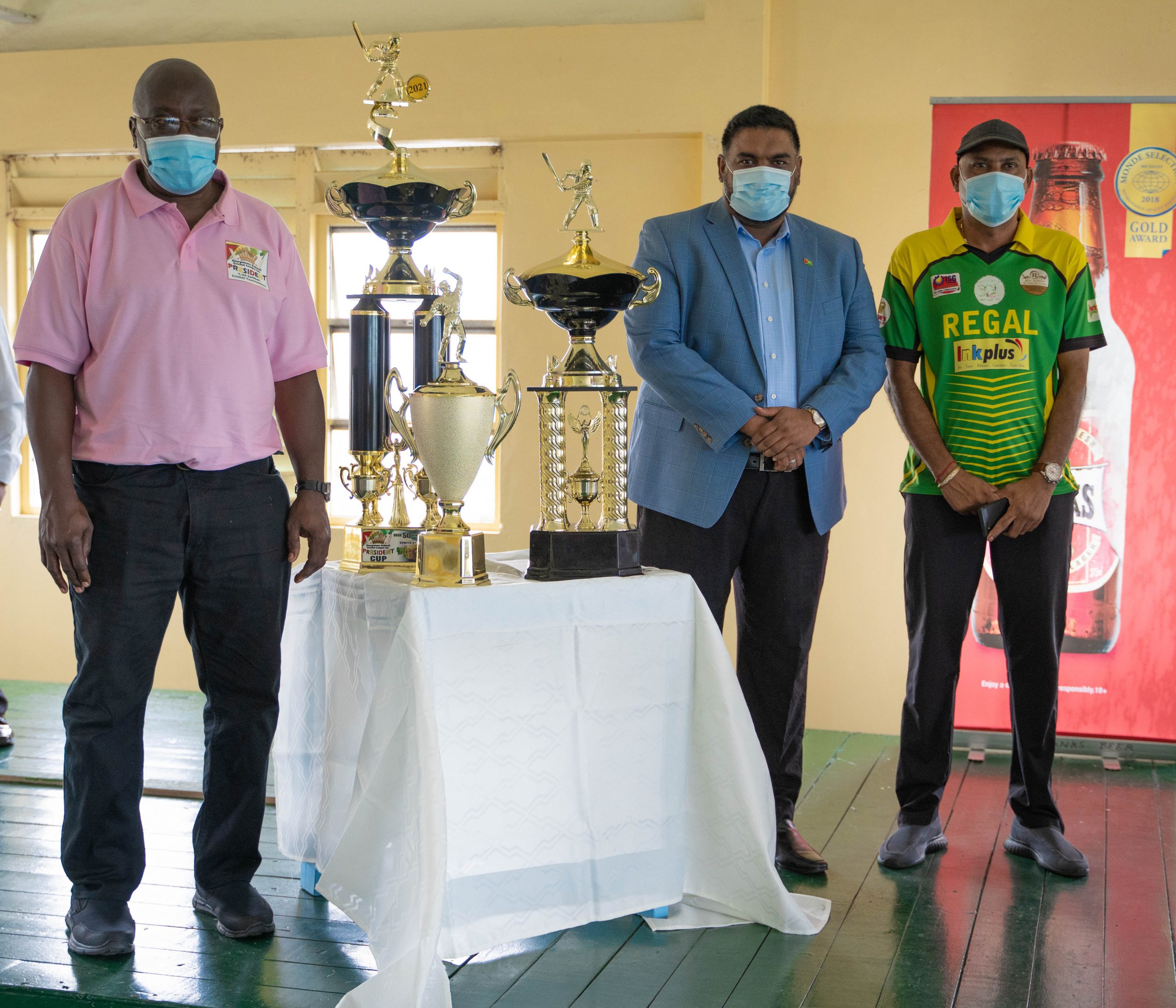 Georgetown, Guyana (February 7, 2021) His Excellency Dr Irfaan Ali today highlighted the need to decentralise sport from the capital city and spread it to all corners of Guyana.

The President, who delivered the keynote address at the launch of the inaugural President’s Softball Cup at the Everest Cricket Club, said that systems will be put in place to expose Guyanese from all walks of life to a plethora of sporting disciplines.

“The first fundamental that we have to fix is to ensure that we remove the disparity when it comes to sport across the country, we have to invest in the facilities and the programmes that will give our young people, our people, all across this country the opportunity to be the best that they can be in various sport.”

The President, who reminisced on his school days, noted that prior to his secondary education at Saint Stanislaus College, he was a country boy without exposure to non-traditional sport.  He said that moving forward he would like to see opportunities for all Guyanese students.

“That is why we have immediately embarked on a programme to have multi-purpose sport facilities of international standard in every region beginning with three in the budget.”

It was announced last year that the venues will be built in regions Two, Six and 10.

The President said that there is need to equip the facilities with necessary amenities, including proper light, to facilitate night competitions at the venues.

He said that there is a need to rekindle the powerful tool of sport in the minds of our young people and that his Government will place “a lot of heavy focus” on school competitions and school tournaments.

“We as a Government would be supporting this (tournaments) at the community level, at the regional level and at the national level.”

To this end, he also charged the Georgetown Softball Cricket League (GSCL) Inc. to launch a school programme to help grow softball among young people in Guyana.

The Head of State, who played quality cricket in his earlier years, said that collectively, sport is an important tool for unity and transcends barriers that hinder development in Guyana.

The President said too that sport has many intangibilities, but pointed to the need for structure and camaraderie at the board levels to create a conducive atmosphere for growth and development.

Efforts will also be placed on developing the human resource capacity in sports.

“We also have to work on training and developing a core group…sports facilitators, coaches and trainers, to be attached initially to a district, where we can bring a number of schools and have them in charge of the district.”

Another initiative is to promote fitness programmes in communities.

BE THE BEST EXAMPLE

Meanwhile, the Head of State, who noted that he was grateful and honoured to be a part of the launch, charged the teams to do their very best and to adhere to the stipulated Covid-19 regulations.

The tournament, which is being organised by the GSCL and Guyana’s Honourary Consul to Florida Ramzan Roshanali, will be played on March 5, 6 and 7.

According to information from the organisers, the event will be contested in three divisions (Open, a 40-and-Over and a 50-and-Over). Teams will battle for a first place prize of $500,000 each, while the runners up in each category will collect $100,000.