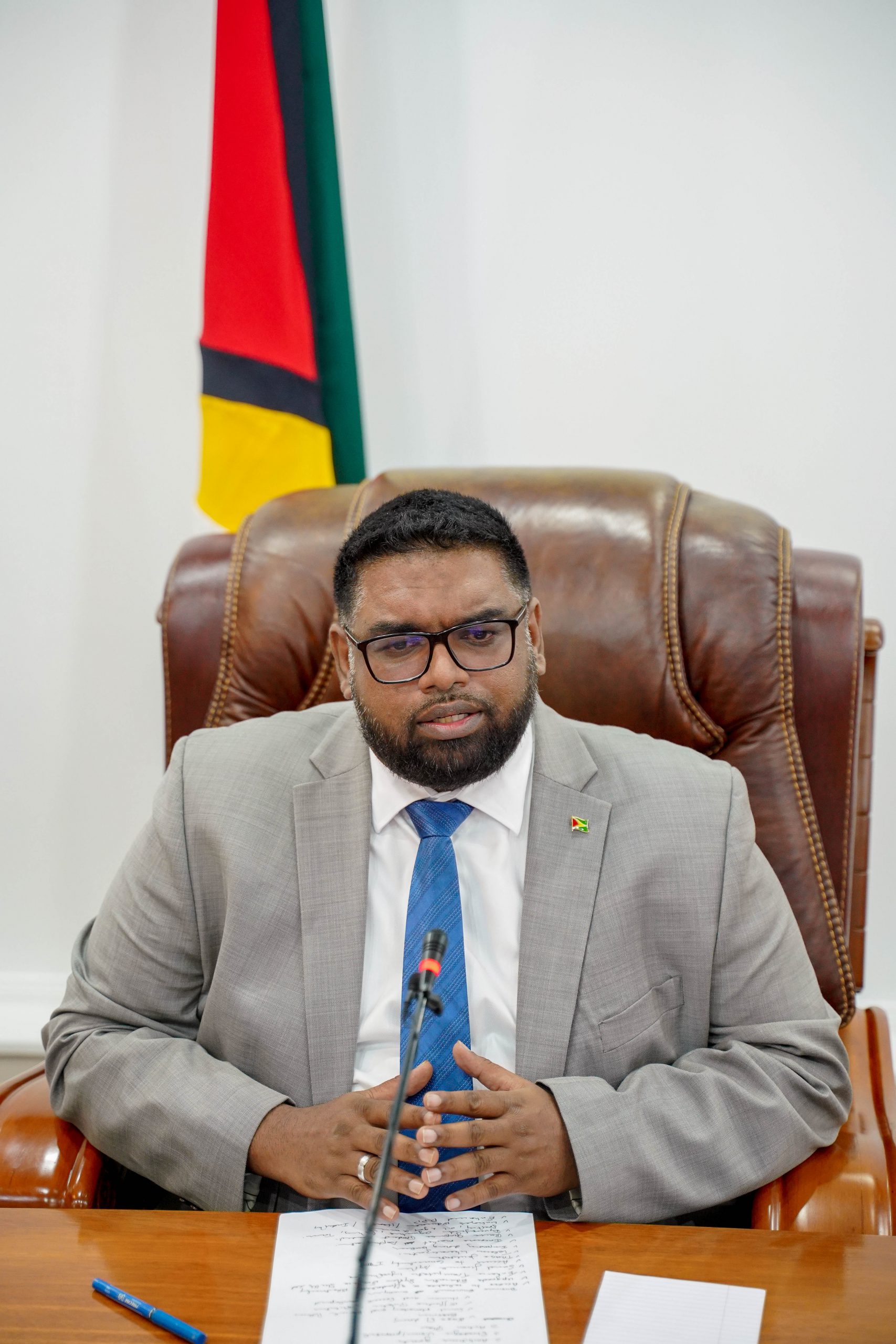 -Process must include the views of the people

Georgetown, Guyana – (February 2, 2021) His Excellency Dr Irfaan Ali has reiterated his Government’s position that consultation and inclusivity remain vital to the Electoral and Constitutional Reform process.

The Head of State gave this assurance last evening in response to a question on the realisation of meaningful constitutional reform over the next five years during a panel discussion on GlobeSpan 24X7.

The President emphasised that a consultative framework, which will see the involvement of every stakeholder will be in place to drive the constitutional changes that Guyanese desire.

“Importantly, the people will be involved and drive this process… it is an important part of our agenda in this five years.”

President Ali said too that the Government has on its agenda ideas that are aimed at enhancing governance, improving transparency and accountability, enhancing democracy and ensuring that the rule of law and the will of the people are respected.

He maintained that this requires a continuous reassessment of the existing legislative framework.

ELECTORAL SYSTEM AN AREA OF CONCERN

On this note, President Ali reminded the panel of his Government’s manifesto commitment to electoral reform and indicated that it remains high on the agenda.

“The five months after the elections and even before that, pointed to some striking issues that inherently affected our democracy and caused us much international harm, and harmed the reputation of Guyana.  Our electoral system also showed areas of concern. As a result of this, and in keeping with our manifesto we have committed to ensuring that we look at constitutional reform. Electoral reform is key on the agenda and all of this is aimed at a better country, a stronger democracy and a more functional democracy.”

In fielding questions on the existing Carter structure of the Elections Commission and whether this contributed to the electoral impasse, President Ali posited that the problem originated from the GECOM Secretariat and not the Commission.

“The problem in the last elections was the Secretariat. Mingo is not a member of the Commission, Lownefield is the Chief Elections Officer….It is the professionals who are supposed to be unbiased that failed us in the first place. The Secretariat itself, and that is what has to be addressed, the restructuring of the entity itself. We didn’t reach to the Commission. The problems started with rogue action. The problem started with unprofessional behaviour in the wide view of the world.”

The President reminded that individuals need to decide on whether they are fulfilling the role of a professional or a politician; the two he stressed should not be intertwined. “There must be some separation. So yes, I agree with you, that is why I said electoral reform is critical, but I do not want us to forget that sometimes we narrow it to this Carter formula and the Commission, but the Secretariat itself failed. The professionalism and professional conduct that was expected there did not deliver, and that has to be fixed.”