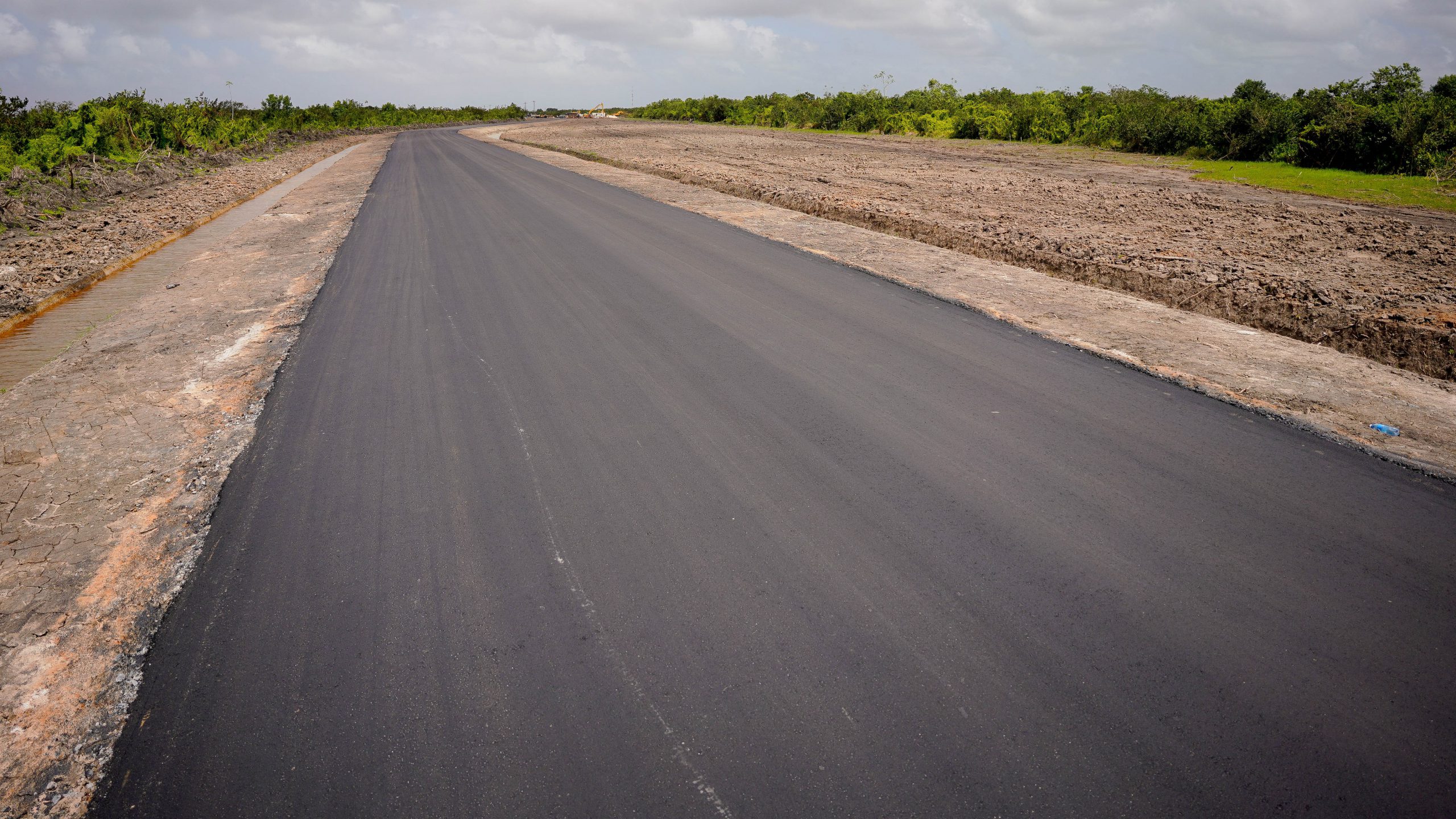 Eccles to Mandela Avenue stretch expected to finish by November

Georgetown, Guyana – (January 23, 2021) His Excellency Dr Irfaan Ali said that the new road link connecting communities on the East Bank of Demerara is expected to significantly cut commute time for residents and modernise the surrounding areas.

President Ali and a team, including Minister of Housing and Water Collin Croal, visited the proposed locations earlier today to check the alignment and interconnection and discuss ways of getting a quality product in a short time.

“Because of the immediate need to ease the congestion, we are now building this alternative connection….All the traffic from the back would not go to the front, they will drive through the feeder roads to reach Mandela Avenue.”

The link is different from the Ogle to Eccles-Diamond bypass four-lane road and will serve to ease traffic jam within months.

The first phase is from Sixth Avenue Diamond to Eccles and according to President Ali that should be completed by April for vehicular traffic, while the second phase will have a four-lane connection from Eccles to Mandela Avenue, which should be finished by November.

President Ali charged his team to expedite the process, while ensuring quality of the product since he said that traffic is a burden to commuters.

“Let’s focus on bringing an end to traffic problems on the East Bank….All of this is to bring ease, fastest commute time, less wear and tear on vehicle, greater efficiency, the amount of man power we lose in the traffic is not sustainable for our development, not sustainable for our citizens, the aim is to improve our standard of living and quality of life by reducing travel time.”

The Head of State said that the road would not just link the communities and ease congestion, but enhance the quality of life for residents. He spoke of having a Government hub close to the roadway which would not only house the police, army, fire service and medical emergency, but also a new school.

“This is part of the infrastructure transformation, an integration of communities, because now Diamond, Prospect, Eccles, Herstelling, Covent Garden, Mocha all these communities will be integrated.”

Additionally the Government will be upgrading a number of roadways in Diamond, which should further enhance travel time within that community.

The President also proposed having a modernise system to police the road, which include the building of police towers and a Wi-Fi system connected to cameras which would automatically ticket drivers.

“We will have tower-to-tower connection, so if someone is speeding at tower one, that person would be caught on camera and can be stopped by police at tower two. We need to look at smarter, safer and more modern ways going forward.”