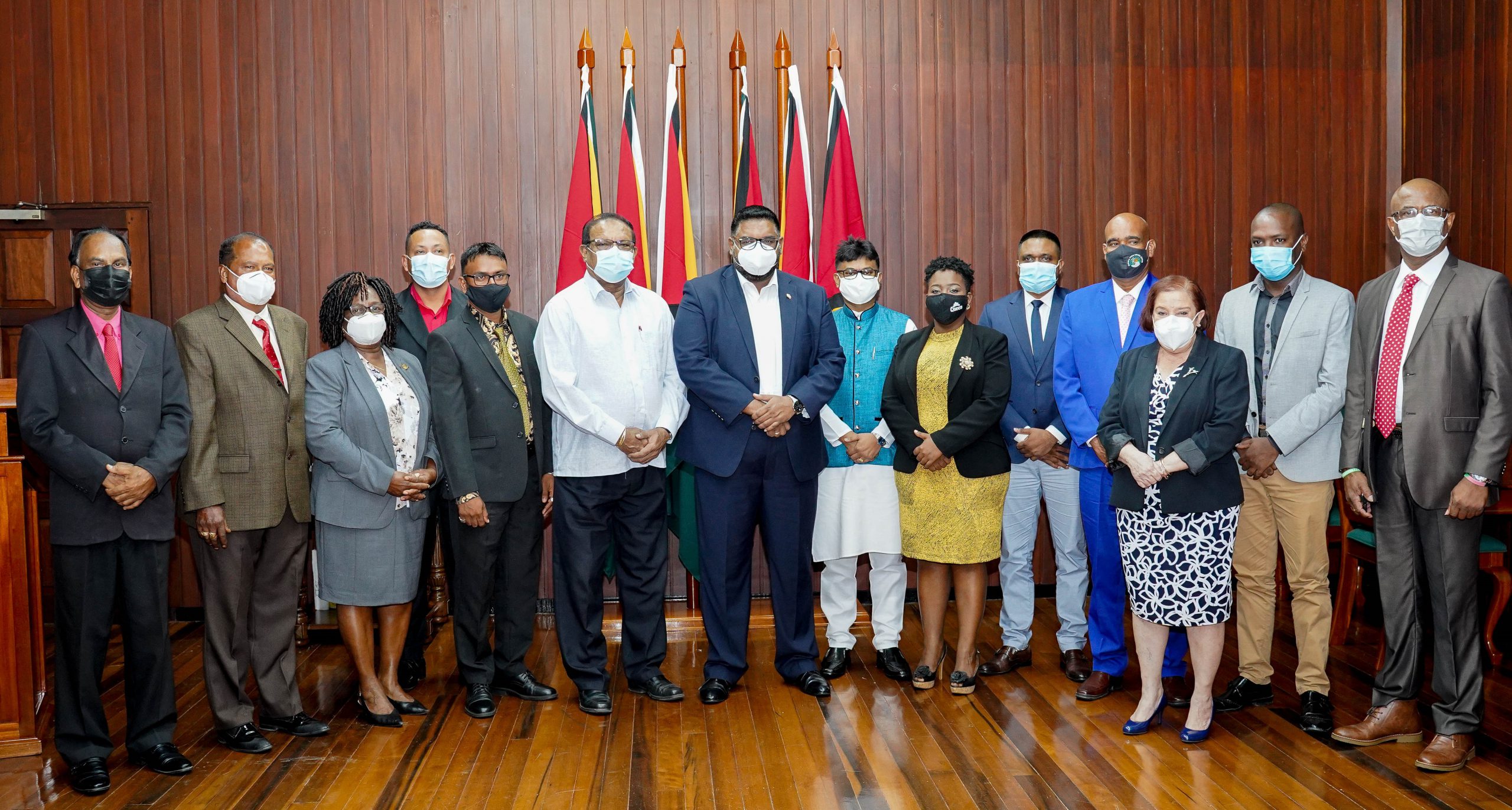 Georgetown, Guyana – (January 15, 2021) His Excellency Dr Irfaan Ali told the country’s newly sworn-in Mayors and Deputy Mayors that it is imperative that they understand not only the development priorities of their municipalities but also the overall correlation to Government’s macroeconomic agenda.

The Head of State noted that this is particularly important as the country work toward developmental transformation.

“The call to service is one that requires not only you, collectively and individually upholding the oath of office, but more importantly, understanding the development shift and the development priorities. First of the municipalities and town councils that you will be part of, but importantly also, the macro development agenda of the Government.”

The President made this statement following the swearing-in of the elected and re-elected regional officials, at the Office of the President earlier today.

President Ali emphasised that the macro development agenda is critical since, in most instances, it has a direct impact and link to the programmes of the municipalities and town councils.

He said that Guyana is embarking on a transformative plan that will see critical infrastructure links being created, rehabilitated and reestablished to increase productivity, efficiency, reduce the costs of doing business, create employment, and enhance the livelihood and welfare of people all across the country.

“It is therefore imperative that we all not only embrace a common development trajectory but that we consult, that we talk and we share ideas to ensure at the end of the day, the people of Guyana get the best service that we can deliver to them.”

The Head of State acknowledged the many challenges facing municipalities and towns, including the rate of tax collection, issues of outstanding audits, which he said has a direct bearing on transparency, the sustainability of the councils themselves and the viability of the councils. The President said that the issues are on Central Government’s radar.

He added that while the Government has been providing direct help in investments in many of the town councils and municipalities, there is still a lot to be done which can only be achieved through a facilitation process.

He noted that the Government is willing to work with the councils to progress collectively.

“These are some of the things that Central Government will be working on with you so that we can bring the laws and the regulations and the codes, up to speed with the changing dynamics that exists. And that will be a critical part of the work, moving forward.”

The President reiterated that the newly sworn-in officials have a partner in the Central Government for the development of the people of their respective communities.

The officials sworn in were: