One-off cash grant of $25,000 each for public servants—President Ali 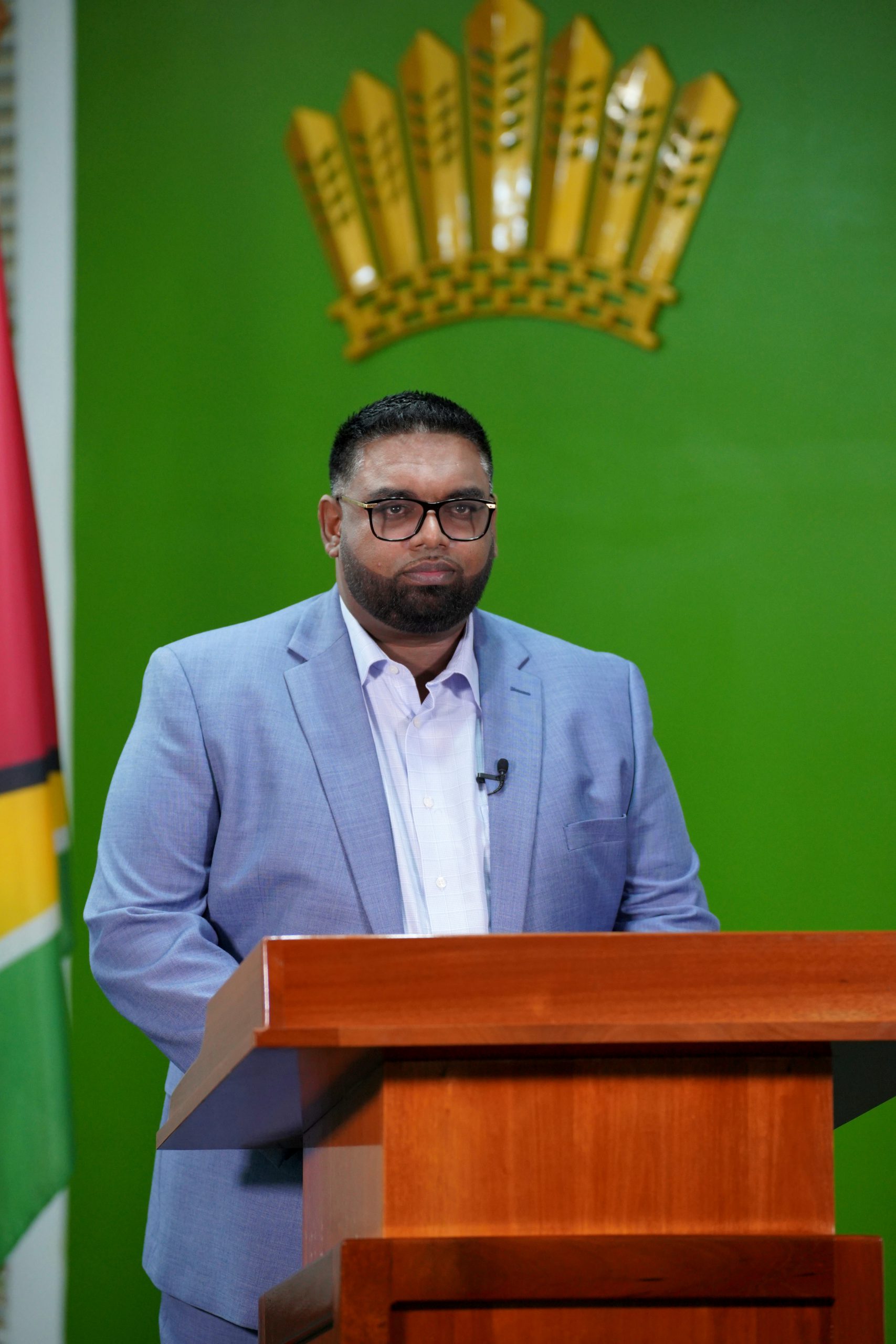 Georgetown, Guyana – (December 31, 2020) His Excellency Dr Irfaan Ali this afternoon announced a one-off cash grant of $25,000 each to workers of the entire Public Sector, including those who are currently employed at GuySuco.

The Head of State declared that over 60,000 workers and their families will benefit from the venture which will cost the Government over $2B.“I am pleased to announce a one-off grant of $25,000 to workers of the entire Public Sector which includes central government, statutory bodies, subvention agencies, public corporations, government pensioners and staff of the University of Guyana.”

These also include teachers, medical professionals and members of the joint services.

The President added that the funds are being distributed to assist “these workers to cope with the challenges associated with the COVID-19 Pandemic”.

The process to initiate the distribution of the funds began right after it was announced. The President, who has been working assiduously with his team behind the scenes to get the workers this financial support, noted that the initiative will also extend to current workers of GuySuCo.

He said that sugarcane workers in particular suffered under the previous administration. “Those sugar workers who were unconscionably deprived of their livelihood by the APNU/AFC Government will in the New Year be provided with transitional support as we continue to restructure the industry, in keeping with the PPP/C’s promise.”